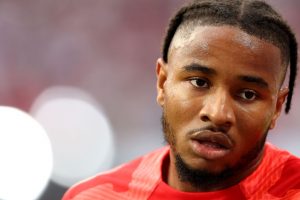 Chelsea are still planning to hold discussions with RB Leipzig over the transfer of Christopher Nkunku next year, confirms Fabrizio Romano. This is after the Blues made the 24-year-old undergo a secret medical and even agreed personal terms with him to join in the 2023 summer transfer window.

Chelsea Have ‘Plan B’ in Place for Christopher Nkunku Signing

Not done yet, as Chelsea & Leipzig will discuss about fee/payment terms. Plan B: triggering €60m clause in 2023.

While the Blues did try their best to negotiate the deal for the French international in secret, it ended up getting leaked to major news outlets. Romano adds that the medical for the winger actually took place a few weeks ago, meaning that the Premier League side have been working on it for quite some-time now.

But a deal is not yet fully done yet. Graham Potter’s side are yet to agree a deal with Leipzig, who will need to green-light the move for it to go through. Chelsea are planning to hold talks with the Bundesliga side over the possible transfer fee and how the payment will be structured.

Moreover, Chelsea also have a ‘Plan B’ in place for the 24-year-old forward. They are aware of a £52.7 million release clause that has been inserted into his contract, which allows any club to sign him by triggering that amount. So if Leipzig demand an obscenely major fee for the Frenchman, the Blues can just sign him by paying that amount.

Chelsea Ready to Bolster Their Attack by Signing Nkunku

After letting go of Timo Werner (by selling him to Leipzig) and loaning Romelu Lukaku to Inter Milan for this season, Chelsea have major plans for the future. They want to further improve their attack by signing Nkunku after seeing his uprise at the Bundesliga side, for whom he scored 35 goals and provided 20 assists in all competitions last season – even winning the Bundesliga Player of the Year award over Robert Lewandowski as well.

He has scored eight goals in 12 games this season and is really versatile, being able to play anywhere in the frontline. Nkunku has trained with the likes of Kylian Mbappe and Zlatan Ibrahimovic during his spell at Paris Saint-Germain and called as a player ‘with no weaknesses’ by ex-Leipzig manager Jesse Marsch last season.

His impressive goal numbers in the last year or so has compelled Chelsea to pounce on him and try to wrap up his signing before the competition gets heated.

The post Fabrizio Romano: Chelsea Have ‘Plan B’ in Place for Signing of 24-Year-Old ‘World Class’ Forward Who Trained With Kylian Mbappe appeared first on Last Word on Football.