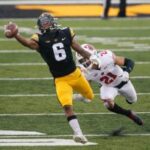 This Sunday features one former Hawkeye suiting up to play in Super Bowl LVII. Wide receiver Ihmir Smith-Marsette will take the field with the Kansas City Chiefs for a chance to become a world champion. This year’s Super Bowl between the Chiefs and the Philadelphia Eagles could mark the 13th different NFL franchise to win a Super Bowl with a former Hawkeye on the … END_OF_DOCUMENT_TOKEN_TO_BE_REPLACED 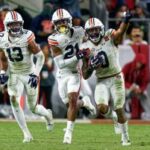 The 2022 Auburn Tigers were pretty bad on defense, and the talent on that side of the ball needed some help. The Tigers were one of the worst defenses in the SEC giving up 29.5 points per game, and 172.7 yards per game on the ground. The pass defense was not much better, allowing 222.6 yards per game through the air. Like on offense, Hugh Freeze and staff went to the transfer … END_OF_DOCUMENT_TOKEN_TO_BE_REPLACED 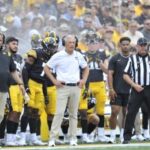 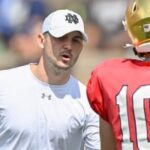 The offense of the Alabama Crimson Tide needed a hard reset. Many in Tide Nation were relieved when Bill O’Brien took the offensive coordinator job for the New England Patriots after two good, but underwhelming seasons. Statistically, Alabama was one of the top offenses in the nation but it failed expectations in the big moments despite having the 2021 Heisman Trophy winner … END_OF_DOCUMENT_TOKEN_TO_BE_REPLACED 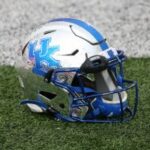 Picking Up Good Players Late Over the last few years, the December early signing period is where most recruits commit. Kentucky was no exception as they picked up 18 pledges. However with student-athletes using the transfer portal more than a Doctor Strange movie the February period still remains important. Coaches still find many players at positions of need. Let’s take a look … END_OF_DOCUMENT_TOKEN_TO_BE_REPLACED

Three-year starting quarterback and Big Ten West Champion are just two of the accomplishments listed in his bio on the team website. It also includes 37 games played and 31 games started. However, what isn’t listed might be Spencer Petras’ most important accolade. Leadership through adversity. Few Hawkeyes have ever traversed their collegiate path with the integrity and class … END_OF_DOCUMENT_TOKEN_TO_BE_REPLACED 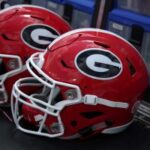 Georgia’s National Signing Day came to a close on Wednesday. Georgia signed 26 recruits to the Class of 2023. The Bulldogs have the #2 ranked class in the country. The class is made up of six 5-star and 17 4-star commits. 2023 is Kirby Smart‘s sixth Top 3 class in his eight years at Georgia. Smart’s other two classes finished 4th (2021) and 6th (2016). Alabama’s the only … END_OF_DOCUMENT_TOKEN_TO_BE_REPLACED 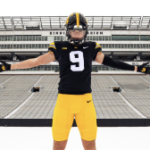 Iowa tight ends coach Abdul Hodge has done incredible work in just his first full season with the Hawkeyes. The former Iowa linebacker joined the coaching staff in March of 2022 and has already put together a solid tight ends group for next season. It began with landing Erick All from Michigan in the transfer portal. Today, Grant Leeper signed with the Hawkeyes, adding to their … END_OF_DOCUMENT_TOKEN_TO_BE_REPLACED 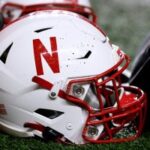 When newly hired Nebraska head coach Matt Rhule took over Scott Frost‘s regime in November of 2022, the Cornhuskers recruiting class was ranked 60th nationally and last in the Big Ten. Five months later, they are the 23rd-ranked class in the nation.  As well as a transfer portal ranking of 19th. This jump in class rankings was due to the staff addressing key missing pieces. But … END_OF_DOCUMENT_TOKEN_TO_BE_REPLACED