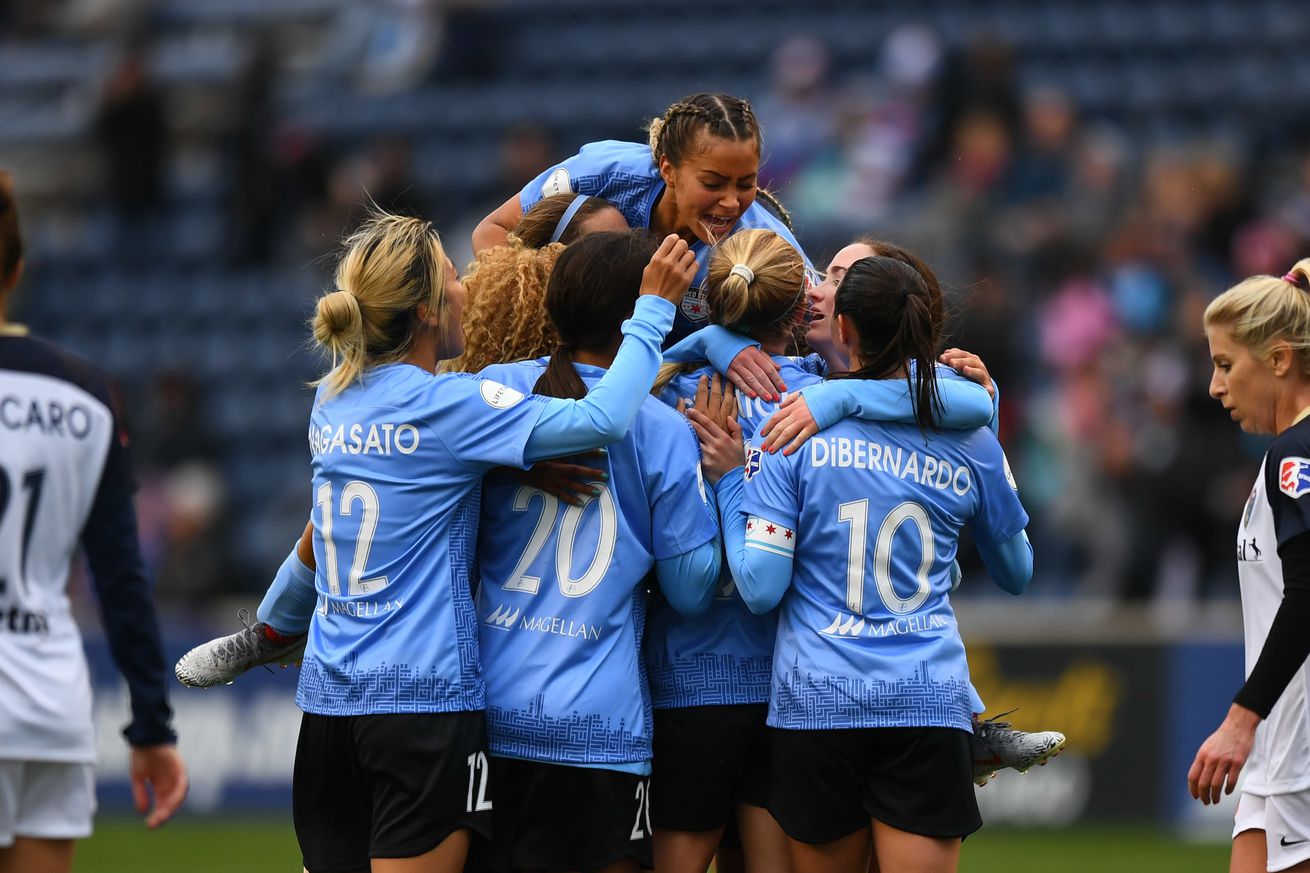 The Chicago Red Stars officially begin their series of ‘World Cup’ matches over next several weeks as they play host to the Washington Spirit on their annual ‘Pride Night’ celebrating the LGBTQ+ community.

The leagues’ U.S. National Team players and other international superstars are headed to France where they will participate in FIFA’s Women’s World Cup. For the Red Stars that means they’re adjusting to roster life without Alyssa Naeher, Julie Ertz, Tierna Davidson, Morgan Brian, and Sam Kerr.

While U.S. players have been absent since late April, the Red Stars most recent departure is Kerr. Chicago will have their first ‘superstar-less’ test of the season against the Washington Spirit, and if the last few weeks are any indication of where they could be headed, the next weeks ahead appear promising.

Riding a pair of wins against the North Carolina Courage and the Houston Dash into this weekend, it seems appropriate that the Red Stars are celebrating ‘Pride’. They are currently sitting in first place in league standings with 11 points and have the opportunity for more.

The Red Stars and the Spirit last faced off against each other back on July 1, 2018. The Red Stars hosted the Spirit and won the game on a 2-1 scoreline thanks to a set piece goal from Casey Short and the infamous flying header from Yuki Nagasato.

Ready to see this team and its depth show that their 4-3-3 formation is one that’s well suited to everyone on this team. Michele Vasconcelos has had an impressive first 6 weeks, and we want to see that continue this week in top line that features her, Katie Johnson, and Yuki Nagasato, with Vanessa DiBernardo nestled in her righteous 10 spot.

Don’t Play Down To Competition: With all of NWSL on World Cup watch, all teams have said farewell to their international superstars, including Chicago and Washington. For some, that might seem like things are at a level playing field, but the Red Stars are heading into this match league leaders on top of the table. Washington will likely be coming in high off the momentum of last week’s win against Portland Thorns and looking to ride that against another top team like Chicago.

Chicago Red Stars: Going with Vanessa DiBernardo for the second week in a row as her vision for playmaking will be a big asset for the Red Stars moving forward.

Washington Spirit: Jordan DiBiasi won Goal of the Week with her Olympico last week, and Andi Sullivan will be taking on the responsibility of disrupting Chicago’s midfield.

Kickoff: Sunday, May 26, at 5pm CT at SeatGeek Stadium in Bridgeview, IL

It’s Memorial Day weekend in Chicago and it ALWAYS RAINS, so let’s just say – A beautiful sunny day! But seriously, please no weather delays. It’s also the kickoff to PRIDE MONTH, everyone have a great time and hug your gay best friend, or go kick some rocks if you’re rude about these wonderful things.

Who do you want to see take the field on Sunday? Who do you think will score? Are you excited to kickoff Pride Month? Leave your thoughts in the comments below!