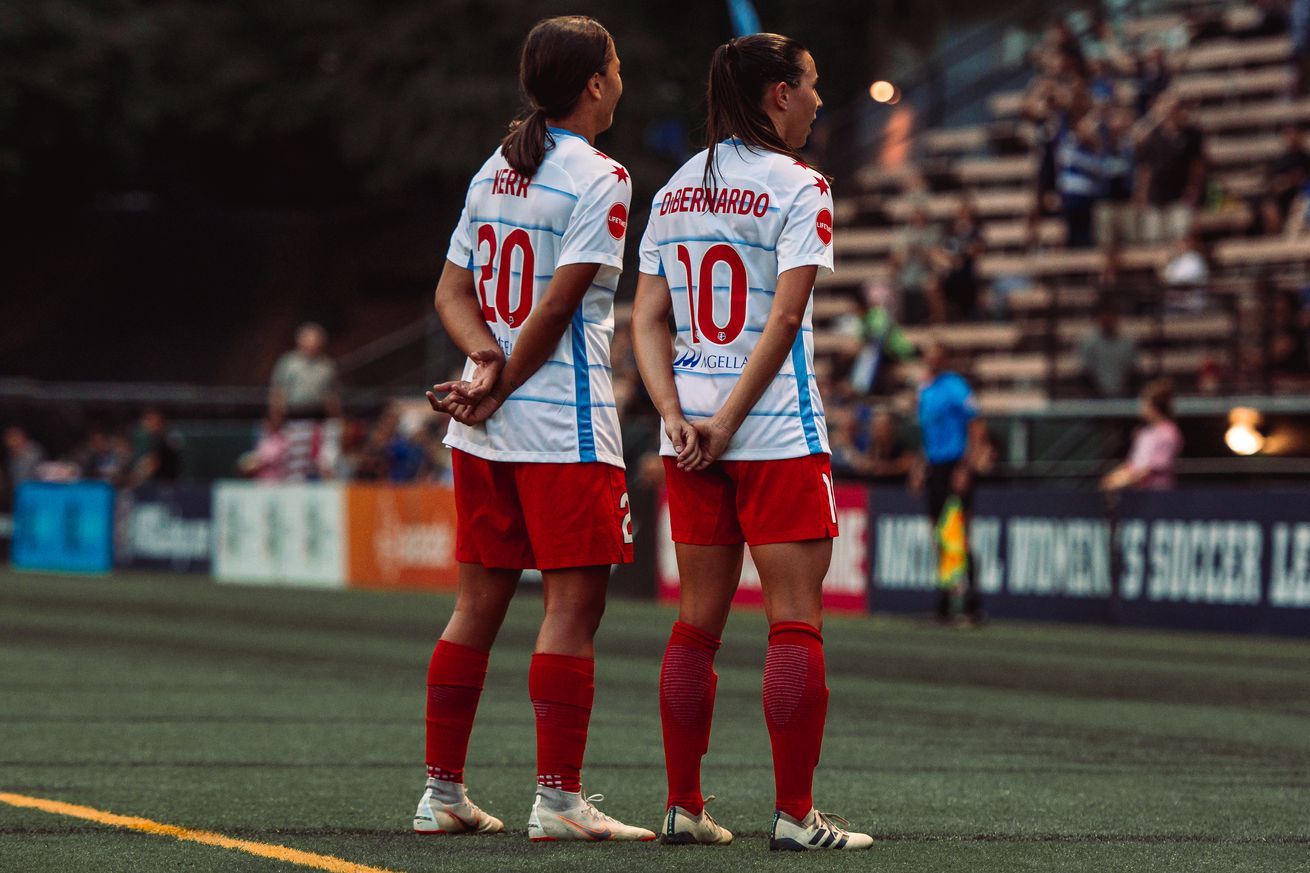 It was a quick turnaround for the Chicago Red Stars over the weekend. The Red Stars headed out west for a game last Friday on short rest after playing a rescheduled match against Reign FC the Sunday prior.

The US Women’s National Team also announced their World Cup roster last week, which marked the beginning of several American players being away from their club teams for the tournament this summer.

Alyssa Naeher, Julie, Ertz, Tierna Davidson, and Morgan Brain were all named to the World Cup roster and Friday’s match up was the Red Stars first game without their U.S. National Team players.

Friday night out in Utah was Chicago’s first loss on the season. So, what did we learn?

Different sides of a mental game

After watching this team score seven goals over two matches, the general feeling around the team’s offense leading into gameday was positive. The news that Chicago would be losing two of it’s midfielders was bittersweet as Ertz and Brian will be off representing country, and the Red Stars will have to navigate their current midfield through a stretch of games without them and while nursing some injuries.

As the match against Utah kicked off, the early parts of the first half were promising, with Chicago still looking like an offensive threat.

The first half eventually evened out with both teams matching up against the other, but as halftime approached a strange series of events occurred. The match was played closely with challenges on the ball having not yet reached a level of “A Talking To.”

However that changed as Katie Johnson was issued a Red Card in the 42nd minute and was called for a foul after going up for the ball against Vero Boquete on a goal kick. Johnson was on the receiving end of a chat from the center official a few minutes prior, and the not so great replays are difficult to dissect the “intent” of the elbow on the play, which is the assumed reasoning from the official for the immediate Red Card vs Yellow as the veteran Boquete gave the impression she had been wrecked by a cement truck.

While we saw a certain kind of resiliency out of this Red Stars team in week 2 against Portland Thorns FC that ended in a 4-4 draw, this week saw a level of apparent frustration upon the players as the game went on.

Utah didn’t look entirely dominant against a Red Stars team playing with 10, on a short week, travel, and unaccustomed to the altitude – but they ended up with the win. A late game goal in the 84th minute from Amy Rodriguez sealed all three points from what nearly could’ve to been a scoreless draw. Here’s to having losses like this early and being able to grow from them.

Chicago heads back home to face North Carolina Courage this Sunday in a Mother’s Day match-up.