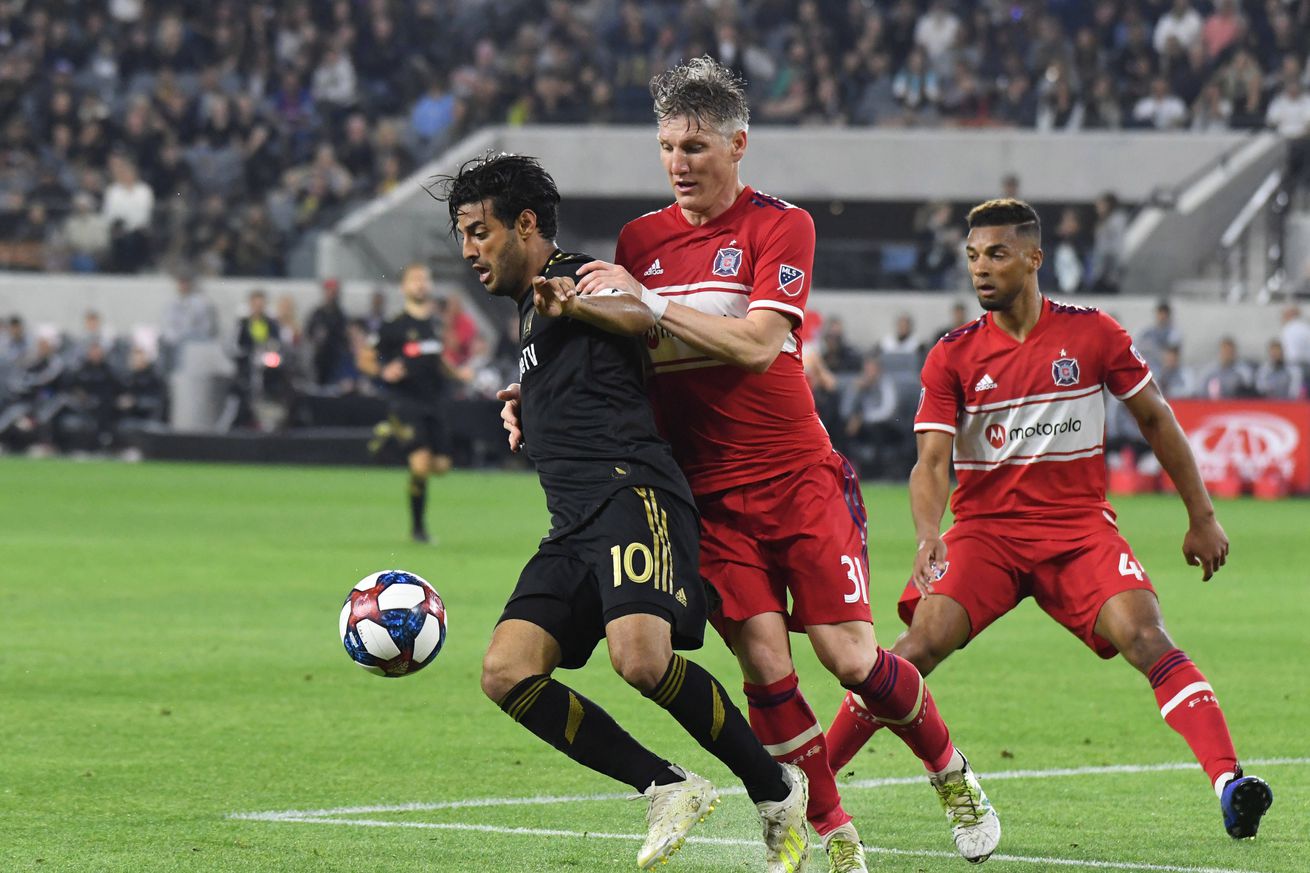 The Fire finally get another point on the road as they held LAFC to a scoreless draw.

Coming into tonight, I had zero expectations of the Fire coming away with anything, and in a way, I was right. The Fire didn’t score at all; another big fat goose egg next to the words Chicago at the top of the page.

At the same time, They did exactly what you’re supposed to do. A point on the road is, generally speaking, a good thing. Against a team like LAFC- top of the Western Conference with a goal difference of +18, it’s nothing short of a win. And holding them scoreless? That’s a miracle.

The lineup announcement an hour or so before kickoff was really exciting. Because the Fire don’t reveal their lineups in formation anymore, I thought they were on some weird 3-2-5 galaxy brain nonsense. They started all five of their attacking threats, and only one natural defender in Kappelhof. I figured the coaching staff decided to commit completely to a high scoring back and forth affair.

But the reality was much more disappointing. Przemysław Frankowski was playing right back in a 4-3-3ish setup with CJ Sapong and Aleksandar Katai on the wings. And you know what? It actually worked.

The first half was an exciting back and forth with the Fire playing a bend but don’t break style of defense that at times was the cause of anxiety, but ultimately was successful. Bastian Schweinsteiger and Johan Kappelhof made it tough for LAFC to find that killer pass in the final third. Carlos Vela and Diego Rossi had to work extra hard to create scoring chances. When LA did have success in the first half, it was found out wide, and usually to the left hand side. However, unlike in many games past, the Fire goalkeeper came up big.

David Ousted was excellent. He had four saves on the night, and didn’t make any positioning mistakes. There were two moments he came up especially big, stooping LA from what seemed like guaranteed goals.

The first came , during one of the few times LAFC found some joy without having to work particularly hard for it. Carlos Vela found himself wide on the left and one on one with Jorge Corrales. He rounded Jorge like he wasn’t even there and cut back a pass to Christian Ramirez a yard or two off the six yard box. Ramirez’s shot had to travel through both Kappelhof and Frankowski, and despite the screens from his teammates, Ousted was able to secure it.

The second one came ten minutes later from a corner. Once again Christian Ramirez along with Eddie Segura, stood poised to put it into the net. But Ousted positioned himself perfectly along the goal mouth to stop disaster from striking. He had some help from his friends as well. Nemanja Nikolic was on the post to prevent the rebound from going in. In the chaotic aftermath, the rest of the fire defense collapsed around the ball, and the danger was dealt with.

The second half was lamentable. Don’t misunderstand, Like I said at the top, If you had told me earlier in the day that the scoreline would be nil-nil and the Fire would walk away from the Banc of California Stadium with a draw, I would have been thrilled. But at times, the Fire looked like they were going to sneak out of LA with a goal and three points.

There was a fifteen minute period where Chicago were bossing the LAFC around the pitch. From around the fifty-five minute mark to the seventy-fifth, the men in red were in complete control. Their passing looked smooth, quick, and controlled. There movement off the ball was sharp. But the teams finishing let them down. Niko missed yet another sitter four yards from goal, while Aleksander Katai and Djordje Mihailovic both took chances from out side the box that didn’t hit the target.

The Fire’s defense continued their bend but don’t break style, but they almost broke when Steven Beitashour actually managed to put the ball in the back of the net, but he was ruled offside.

After that the game settled down a bit. Veljko Paunovic made two defensive substitutions to see the game out late. Francisco Calvo came on to make his debut after being acquired on Friday afternoon, taking his place at left back, bushing Corrales up to his natural position. And Mo Adams came on in the eighty third minute to shut the door.

The Fire accomplished something that no one really thought they would do. They went to Los Angeles and are coming back with a well earned point. And for me, that’s as good as a win.

The Chicago Fire (2W 4D 4L, 10pts) are back at home on Wednesday night when they take on New England.