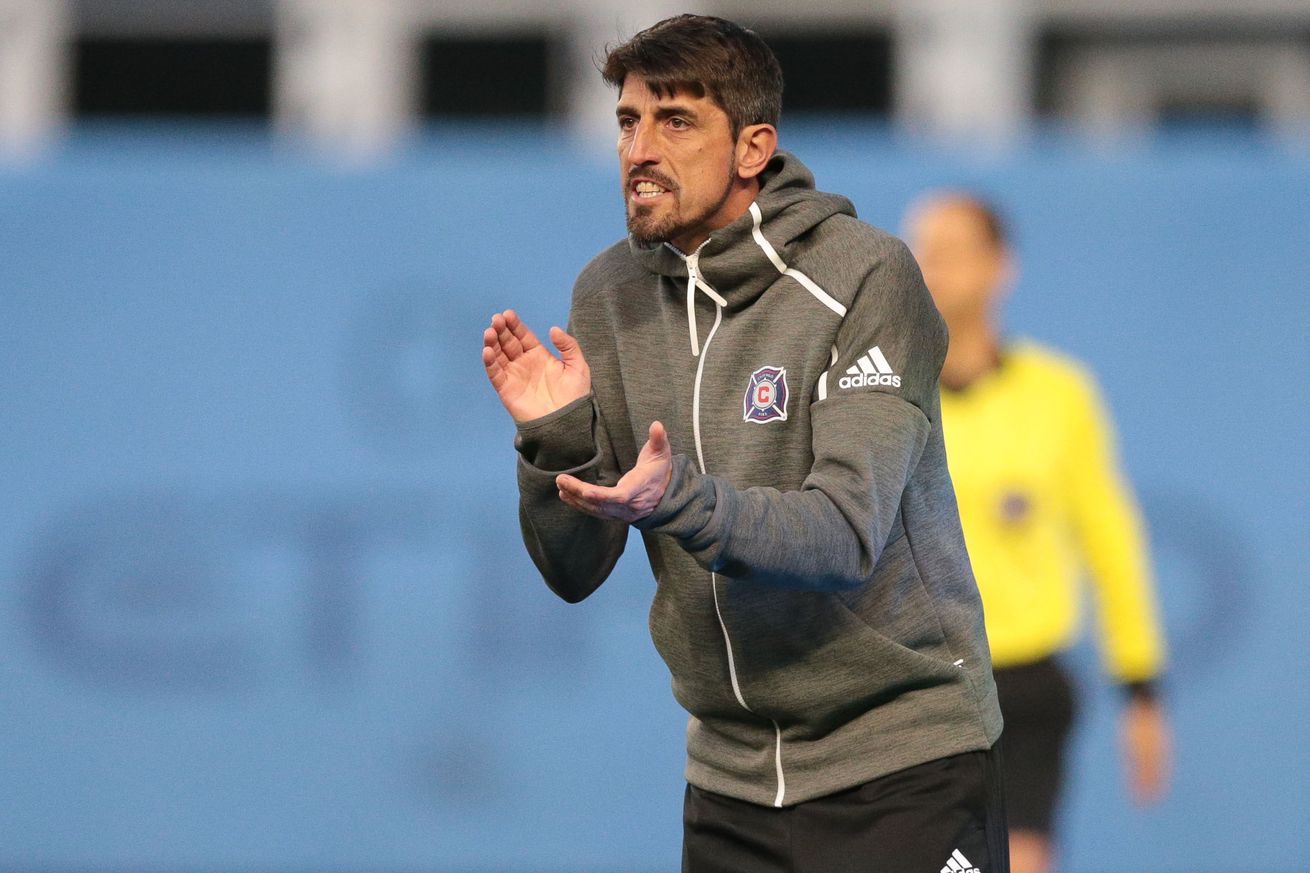 Late in the second half of tonight’s limp surrender against NYCFC, Ruben told me this felt like watching the 2015 Fire. I find it hard to disagree.

There are times when this team looks really good, but they’re vanishingly rare, and more often than not it comes as a surprise. There’s always a reversion, and that reversion always looks the same. It’s almost like there’s comfort in our ongoing mediocrity. I’m not sure that’s a position any of us want to be in.

So, uh. No Johan Kappelhof and no Aleksandar Katai. That is certainly a choice. I respect that Pauno needs to make some difficult decisions vis a vis squad rotation, but I’m not sure telling Kap to sit is the solution here.

It didn’t take long for those concerns to bear out. Despite playing well immediately after kickoff, the Fire fell behind early within the first ten minutes, thanks to Valentín Castellanos at the end of a breakaway that never should’ve happened.

The Fire needed to hit back immediately and start pushing for an equalizer. That… did not happen. Apart from a set piece goal that was ruled off-side, the visitors just did not look like they had a plan other than fling themselves forward and hope for the best. Late in the half, Djordje Mihailovic started taking speculative shots from distance, and it felt like the best idea this team had had all evening. There was cohesion, no chemistry, and no real plan that was easily discernible.

All this to say— the team that beat Colorado on Saturday clearly missed their flight.

Chicago were only down 1-0 at halftime. Given how they played through the first half, it felt like a stroke of unearned luck.

The second half opened with the Fire scoring an equalizer through CJ Sapong, only for it to be waved off for an offside call. Sensing a theme for this evening, yet?

Apart from that goal-that-wasn’t, the Fire started the second half firmly on the back foot. NYCFC were pushing them around the baseball diamond, muscling them off of every ball and occupying every spare inch of space. The hosts nearly made it 2-0 just before the hour mark, with David Ousted being bailed out by the woodwork.

Everyone was off their game tonight. Dax McCarty kept holding on to the ball a bit too long. Mo Adams didn’t know what to do half the time. Nemanja Nikolic was too quiet. Diego Campos had a real opportunity to get back into contention for regular minutes and he squandered it.

Around the 75th minute the ESPN+ feed cut out for a few moments. When the signal returned, Pauno had been sent off. It’s the most entertainment I got from this team all night.

The Fire did manage to start pulling themselves together and exert some pressure. In the 85th minute. Barely any time to mount a comeback. Bastian Schweinsteiger brought down Maxi Moralez in the box in the 90th minute, gifting the hosts a penalty, but David Ousted came up big for a save. It didn’t matter, in the end, but sometimes moral victories are all you have.

It’s still not enough. This was always going to be a tough game, but losing the way we did— listless, disorganized, lacking any urgency— was patently unacceptable. Nothing about tonight was good enough.

The Chicago Fire (2W 3D 3L, 9pts) won’t get much time to reset, as they head north on Sunday to take on Montreal.