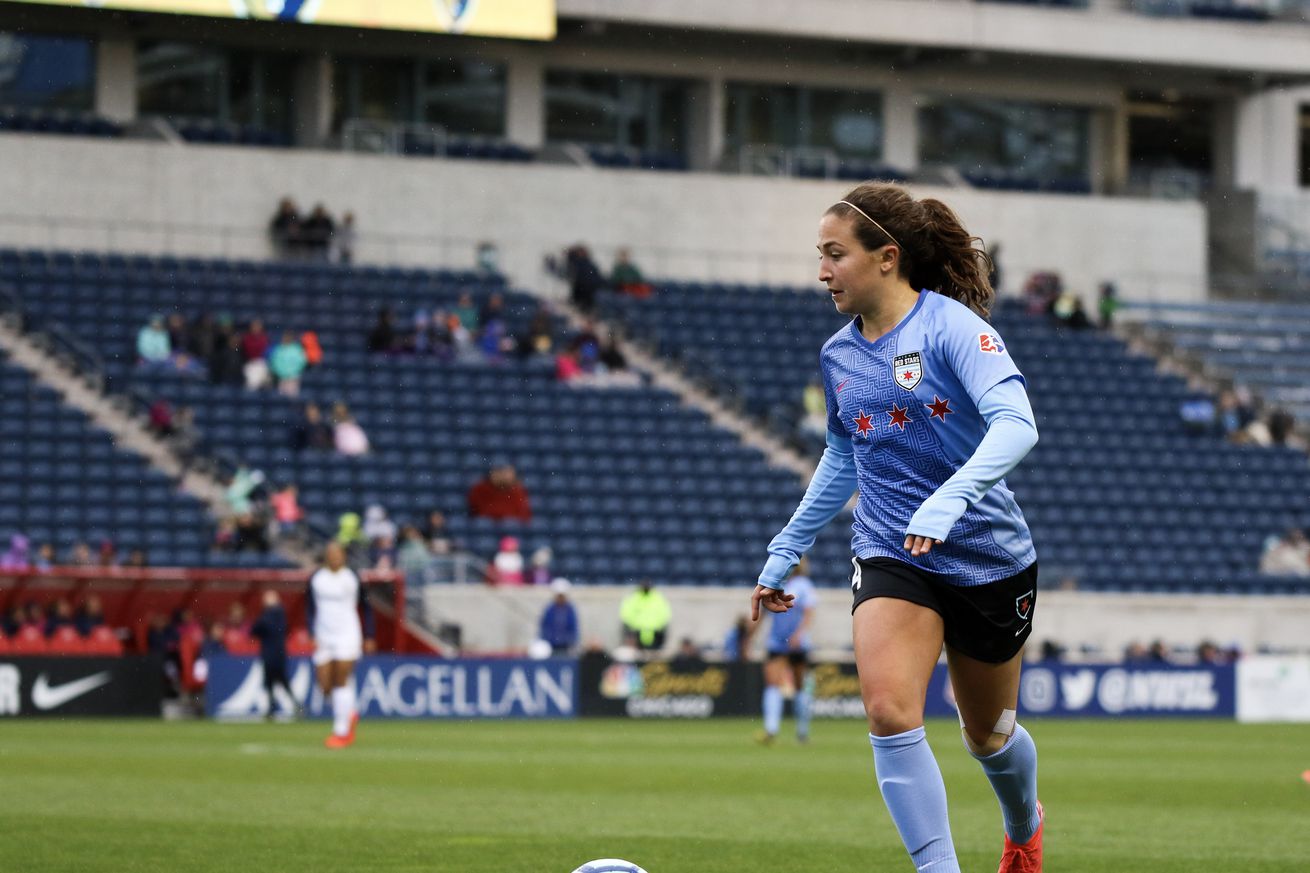 The Red Stars looking for their first road win in Texas

The Chicago Red Stars hit the road this week as they prepare to take on Houston Dash. The Red Stars are in search of their first road win, and will try to make it happen in Houston.

Chicago is coming off a 3-1 win over reigning champs North Carolina Courage, thanks to goals from Sam Kerr and Michele Vasconcelos. This will be the final match for Kerr before she heads off for World Cup duty with Australia. Katie Johnson will also return from her red card suspension.

This will be the Red Stars’ first match against the Dash this season, who will also be missing some international players of their own.

Chicago and Houston played each other over a year ago back on May 12, 2018. The match took place prior to a 3 team trade that sent Taylor Comeau and Sofia Huerta to Houston. The two teams played to a 2-2 draw in Bridgeview, with Kerr getting the Red Stars opening goal and Huerta converting on a penalty kick for the equalizer. It was Huerta’s final goal as a Red Star before the trade occurred in June.

With the return of Johnson and the last Pre-World Cup match for Kerr, we’d like to see the duo get one more game together with Nagasato before the entire league goes through a stretch of weeks missing some international stars. Vanessa DiBernardo went a full 90 for Chicago last week, and we’d love to see her back in the 10 for the Red Stars.

Close Out The Quarter: As we approach week 6 in the league, we close out the first quarter of the season. Red Stars head into match day settled into the top tier. While they have two wins to date, Red Stars have yet to string those wins together. Last game with their star striker is a good opportunity to show they are capable of doing that on the road in the swell of Texas heat.

Run The Mid: While the Red Stars said their World Cup goodbyes to Julie Ertz and Morgan Brian, Vanessa Dibernardo and Danielle Colaprico are still waving hello. Prior to this season, Houston Dash were being praised for their mostly intact roster, but they have lost key players in recent weeks. Internationally, they’ve said goodbye to several Canadians (Lindsay Agnew, Allysha Chapman, Nichelle Prince, Sophie Schmidt) and now arguably their best player thus far in Rachel Daly (England) – who will be missing this match due to a Red Card suspension. Add to that some tragic injury losses in Veronica Latsko (OUT) and an ankle injury to Kyah Simon, who is listed as Questionable. The Dash appear to be vulnerable and Red Stars will want to take advantage of the Schmidt-less mid and Daly-less backline.

Chicago Red Stars: After her first 90 minute game, we want to see even more of Vanessa DiBernardo. The potentially rainy and humid weather means we’re looking for another big performance from Emily Boyd.

Houston Dash: Have we mentioned that Sofia Huerta used to play for the Red Stars? So yeah, we’ll all be watching. Can’t forget Kealia Ohai who is always an offensive threat.

Kickoff: Sunday, May 19, at 5pm CT in BBVA Compass Stadium in Houston, Texas.

Do you you think the Red Stars get a win on Sunday? Who do you want to see have a big game for the Red Stars? Leave your thoughts in the comments below!