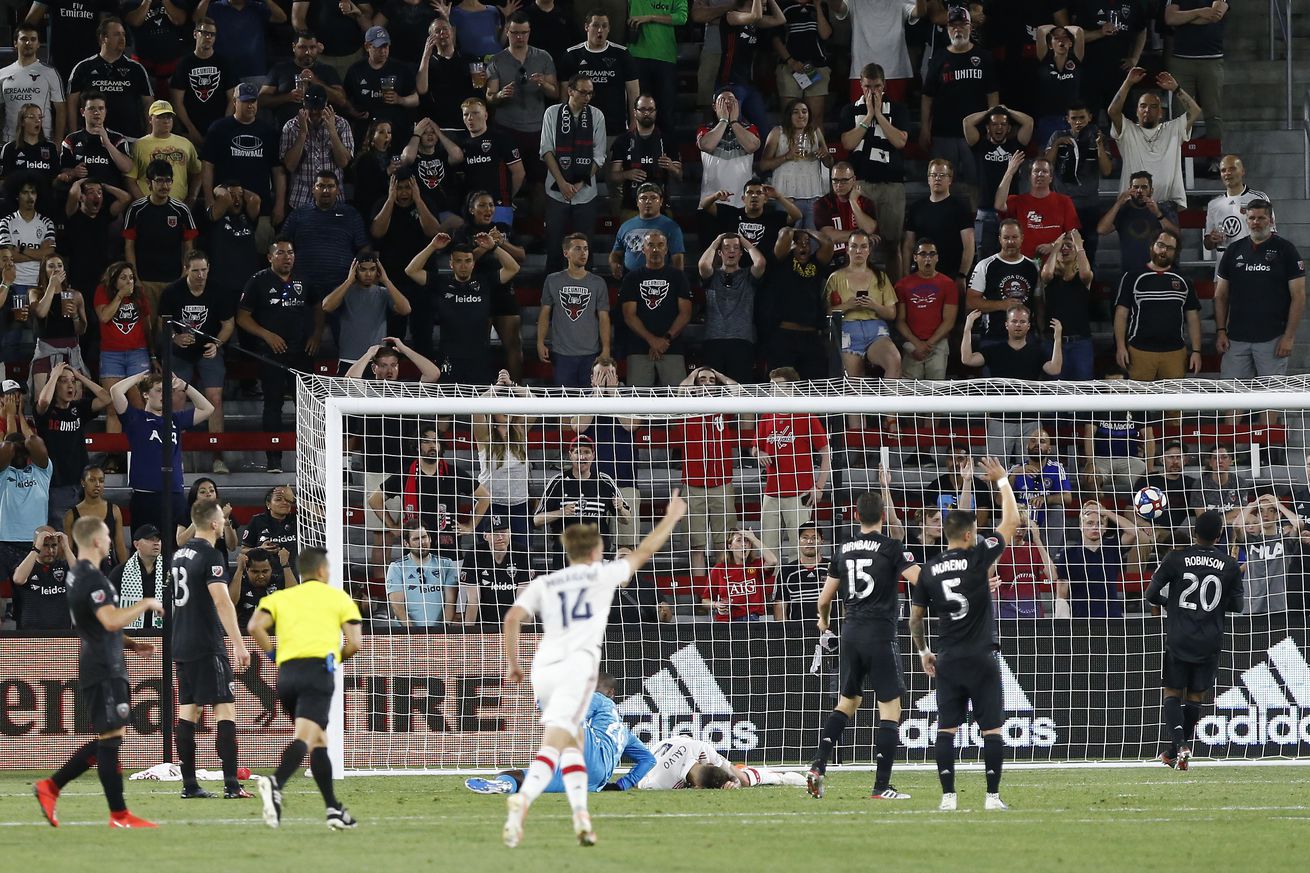 The Fire blow a 2-0 lead late, only to scrounge a point in garbage time

It’s a rare game that makes you feel both at the same time.

I’ll admit I was a little worried to see Nico Gaitán back in the Starting XI. He was still listed as Out as of this morning; after seeing him in the lineup, I feared the worst. Did Pauno rush him back from injury too early? Are we so desperate for a result on the road?

But he seemed okay, and, if we’re being honest, we did need him.

That much was clear in the first 15 minutes. The Fire looked like a very different team with Gaitán on the pitch. They were confident. They were aggressive. They were in control. This is not the same team that waved the white flag in San Jose earlier this month.

The Fire kept going at their hosts and DCU had no viable response. It was only a matter of time before Chicago got the breakthrough.

It turned out to be no time at all. 12th minute, CJ Sapong, off a set piece, courtesy of the man of the hour himself.

Nico Gaitan whips one in and CJ Sapong gets his head to it to give @ChicagoFire the early lead in DC! #DCvCHI pic.twitter.com/LJGpAtulv8

Right up until the end of the half, the Fire were firmly in control of the proceedings. This was exactly the team we’ve been promised.

And then it all came off the wheels at the end of the half. After Johan Kappelhof was forced off due to an injury— replaced by Fabian Herbers, in a bit of cheek from Pauno— DC capitalized on the confusion and launched a quick counter that allowed Ulises Segura to pull one back from the hosts. A few minutes later, Lucas Rodriguez found what was apparently the equalizer, but a VAR review rescinded the call due to a discovered handball foul.

So the Fire escaped the half with the lead, but it was nervy. Still: for the first 40 minutes or so, this team looked like they could take on anyone.

But when they came out for the second half, whatever burst of energy and je ne se quois had animated the Fire in the opening 45 had dissipated. Or maybe Kappelhod really is that crucial to this team’s performances. Either way, the Fire struggled to stay on the front foot to start the half, and DC pressed their case. Before long, DC got their equalizer; Segura got the ball off a long goalkick, slipped behind Raheem Edwards, and got his second goal on the night.

Soon after the equalizer, the Fire started to force their way back into the game. Aleksandar Katai was determined to retake the lead— by himself, if need be. Chicago came so very, very close to the go-ahead goal. Even if it didn’t come together, they should’ve been able to swing a draw. A draw, on the road, against one of the top team in the Eastern Conference, would’ve been a perfectly fine result.

And then the Fire threw it all away in the 81st minute by letting Lucho Acosta waltz right in and take the late lead. From 2-0 up to 3-2 down with barely any time left. The worst part was that, despite the Fire being the better team for so long, none of this felt surprising.

And then Francisco Calvo did this.

Sometimes something happens with this team and you just… don’t really have words for it. So I’m going to end this recap here. Grateful for the point. Roll on Saturday.

The Chicago Fire (4W 6D 5L, 18pts, 7th place) are back in action this Saturday when they take on Atlanta United.