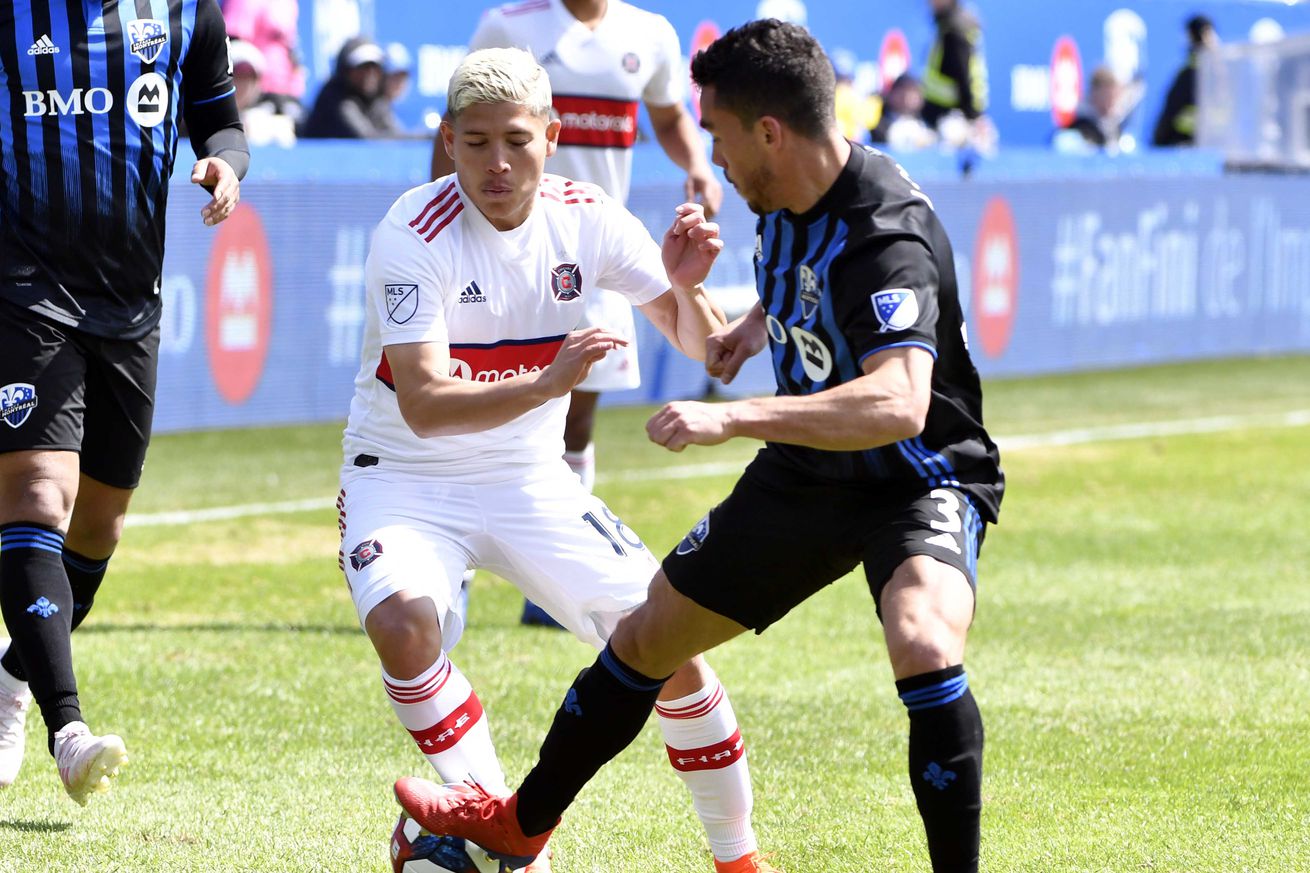 Things are starting to look grim

Remember last week when we said that the Fire were finally starting to live up to their promise? That the win over Colorado could be just the springboard this team needs to do good things this season?

How young and naive we all were.

Here are a few takeaways from the loss in Montreal.

The thing that struck me about the Fire’s performance yesterday— and, frankly, the midweek loss to NYCFC— was how familiar this all felt. The Fire seem to always have the same problems and make the same mistakes. Like Ruben said in midweek, this team looks very much like 2015 at the moment.

This club seems utterly incapable of ever learning from its mistakes. Worse, they often don’t see them as mistakes.

Johan Kappelhof is probably the best defender we have right now. That’s a problem.

Kap did some tremendous work holding the backline together as long as he did. So much so that we named him our MOTM. But he’s one guy in what’s supposed to be a three- or four-man (or maybe five?) operation. As we saw yesterday with Omar Browne’s late gamewinner, Kap can’t do it all, and he can have a very good game and still be on the losing team.

He needs help. The Fire need an honest-to-goodness backline. Unless and until that problem is solved, the Fire are going to keep having games like this.

Too Many Unsolved Problems

It’s not just defense that’s a glaring problem with this squad.

The midfield, the Fire’s biggest asset just two years ago, is a mess. It’s both too old and too young at the same time. The star/lynchpin of the midfield has been moved to the backline in an attempt to solve some of the defensive issues, a bit of robbing Peter to pay Paul that is just making both sets of problems worse.

The forward line has been shaping up to be a bright spot this season but, as both games from Week 9 demonstrated, they can be contained and shut down. Our attackers are good, but not so good that they can overwhelm any defense in the league. When your best quality is Just Ok or Good But Not Great, it makes all your other issues stand out more.

David Ousted still has some question marks hanging over him. Our depth isn’t quite as strong as we hoped. Przemysław Frankowski hasn’t scored yet. Veljko Paunovic’s tactics are (sometimes) good enough to Not Lose, but it’s just not enough anymore.

So many problems that this club is either unable to solve or, perversely, doesn’t actually recognize as problems.

What were your takeaways from Week 9? Let us know in the comments below.