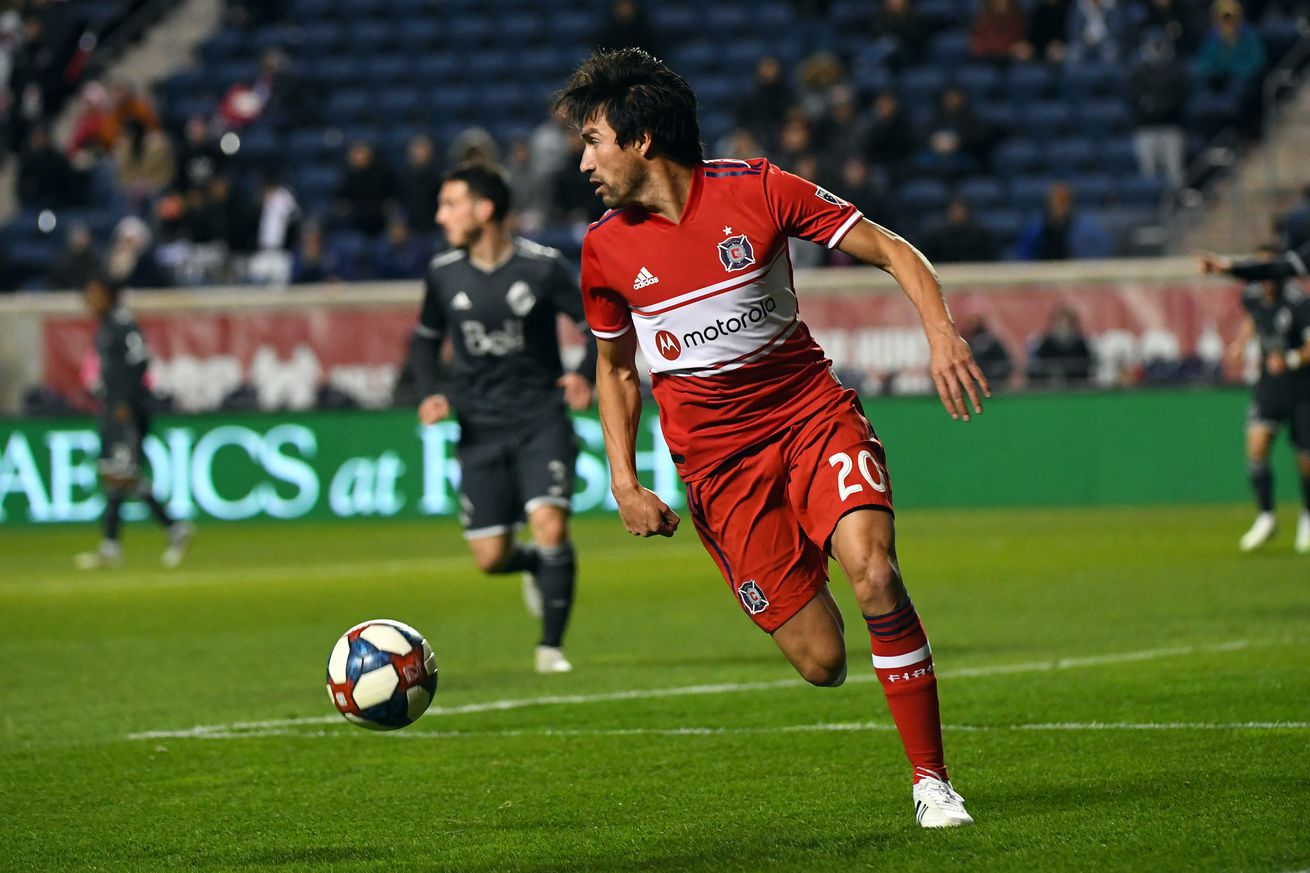 The Fire’s attacking movement can, and should, be better

The acquisition of Nicolas Gaitán was a step towards the offensive juggernaut this Chicago Fire team can be. Fans have been asking for a player like him, but so has the team’s play. There are quite a few great attacking threats on this team, and there are a variety of ways that they can hurt opposing defenses. Gaitán is the key to unlocking all of it.

For Gaitán to do this, the movement in the rest of the attack has to get better. For all of the talent this group has, the movement has been static thus far. During the game against the Colorado Rapids we made some observations that Gaitán was getting in good spots, but there needed to be more of the offense flowing through him.

I agree. I’m not sure it necessarily means getting more possession as a group, but certainly needs to be the first option as we look to go forward. Part of that is on him as well, he needs to make his mark and let both teams know he is the man

Djordje Mihailovic and CJ Sapong’s goals from that Colorado game are evidence of the fluidity that these guys are capable of. As of now we’ve seen these fluid moments happen in transitions­. The next step in this is to start breaking down defenses that are already set.

In Mick’s article this week he mentioned how a lot of the team’s scoring opportunities of late have come from somebody creating something special in a singular moment–specifically Gaitán, Sapong, or Aleksandar Katai.

These are the kinds of plays you get when you have good players that aren’t playing as a cohesive unit yet. They take advantage of when the opposition is playing catch up, but more than that takes time to build. Part of this is definitely coaching, which is the larger topic of Mick’s article.

The other part is on the players. All of the players need to have the awareness to keep the ball moving through Gaitán, and keep it moving quickly in general. The reason the Fire brought in Gaitán was to be the one to take the reigns and have the ball all the time. Gaitán sees and makes passes that only a handful of other players in the league can, like these:

The midfield and forwards need to feed him the ball and also be options for him when he’s in trouble. If the Fire get the ball to Gaitán frequently in zone 14, the opposition will have to collapse on him. Providing options for him to lay off the ball will open up so much more space if he forces the defense to collapse. Gaitán is all about quick movements, so the other attackers need to adjust and follow his lead.

Gaitán also needs to take the reigns. I would like to see him be more demanding in possession. Sometimes he seems like a passenger; he’s an extremely talented passenger, but a passenger nonetheless. If he starts taking control of games we will see others on the team fall in line. It happened when Bastian Schweinsteiger first showed up, and it’ll happen again if Gaitán takes control.

This team has the talent to be a top 5 offense in MLS. With a more concentrated effort to play through and trust Gaitán, the Fire will get there.