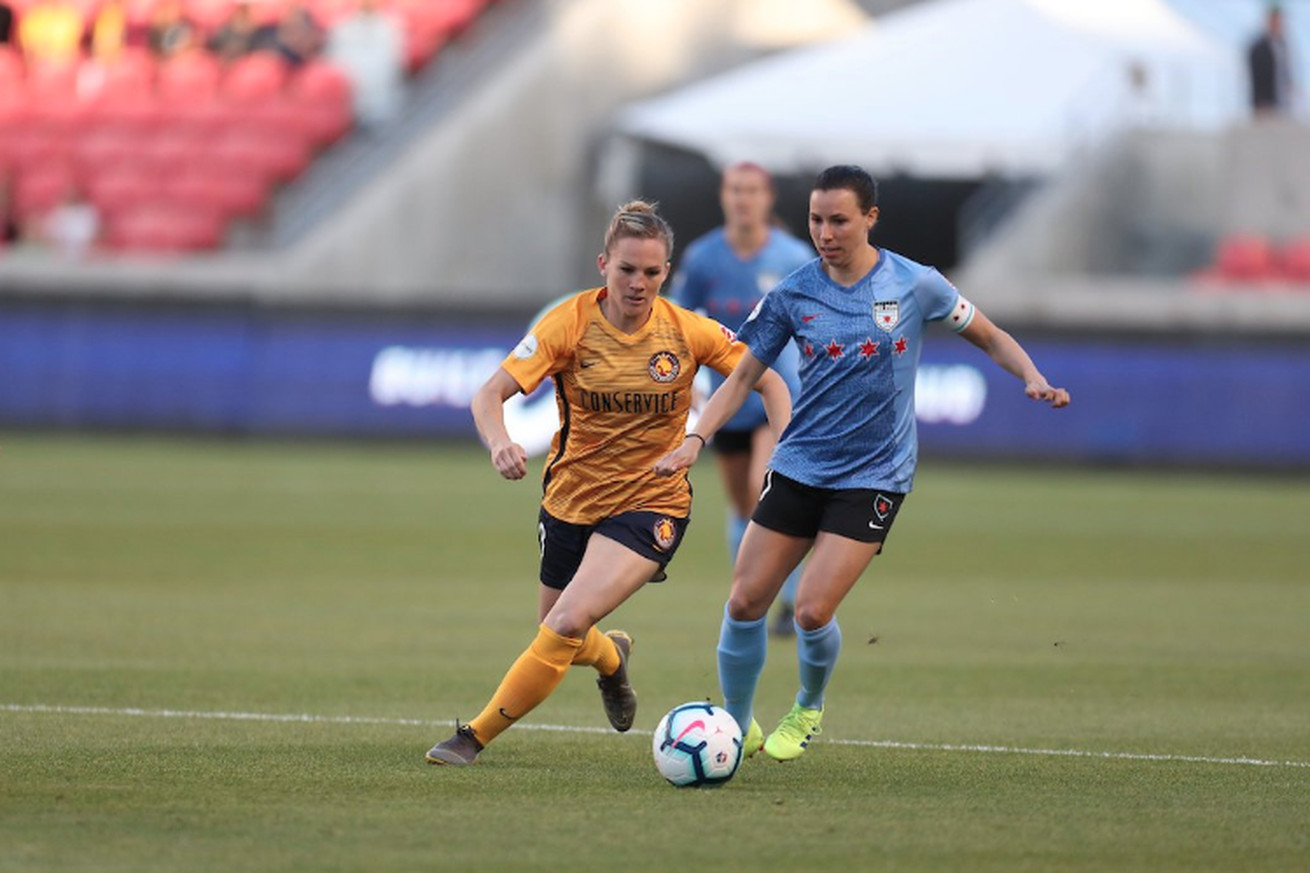 It always feels worse in the in-between

As large cities go, Chicago is a pretty good place to cry.

The opportunity for private tears alone in a vehicle are relatively few and far between, but the city makes up for it in plenty of curbs, park benches, and public transit platforms full of strangers who care just enough to kindly ignore the signs of someone quietly having a tough time. Even better, the vast coastline of Lake Michigan provides an unlikely haven of isolation and context when you have no other option but to let some feelings go. Stare out at something bigger for a bit, and you can walk home feeling lighter than you came.

I have to also assume that Salt Lake City is a decent place to cry, due to the altitude and all that, but for Chicago, the match on Friday night against the Utah Royals ended a fraught week with a more complicated kind of breakdown, marred with with yelling at officials, bodies on the ground, and dropped points on short rest against a team they should have competed with.

Chicago’s been lucky to get through the first couple of weeks of the NWSL season with pretty clean games. There were certainly wild moments against North Carolina, Portland, and Reign FC, but the focus was never on physicality. The first 30 minutes of this game matched that, with some very fun ball movement from both sides. It’s a shame that didn’t get to continue.

In the 42nd minute, after a warning from the official about 15 minutes earlier, Katie Johnson was given a straight red card on a header challenge against Vero Boquete. The challenge itself was definitely a foul, and probably card-worthy, but the jump to an immediate ejection felt incredibly harsh and disingenuous with how the match had been played to that point. Utah was doing a good job of disrupting Chicago’s playmakers, but with a physical blueprint, leaving Sam Kerr visibly frustrated and the officiating lopsided.

Down to 10 players for the rest of the match, the Red Stars did everything they could to hold on. They tried to continue to press in the midfield, and move the ball with ease, but the altitude was getting to them along with the short rest after the postponed match last week. Yuki Nagasato looked exhausted by the 60th minute, and the planned substitution of Vanessa Dibernardo in the second half didn’t help Chicago cover for the space they’d given up.

But Casey Short really tried. Short floated in between her original posting on the flank and deeper into midfield for much of the second half, covering the ground of at least two players at a time. And the Red Stars almost made it out with a draw. However, Amy Rodriguez finished the work that Utah started in the 84th minute, getting the lone tally that put the Royals over the top and doomed Chicago’s trip west to disappointment.

This is one match, and a crazy one at that, but it feels like a significant shatter-point in Chicago’s 2019 season. At this moment, in this week, for this whole year, Chicago has been caught up in the absolutes of this sport, trapped in the either/or of U.S. Soccer and beyond. Either Sofia Huerta can earn time at outside back, or she has to go play for someone else. Either Casey Short gets to make a roster she rightly deserved, or Morgan Brian gets to make a comeback. Either Katie Johnson gets a warning at midfield, or she gets a straight red for an errant 50/50 challenge. The margins are small and the consequences are intense and there is no in-between.

Sports, like life, are frequently unfair, but for the Red Stars the stringent result of a number of chaotic decisions made this particular match feel like the culmination of many unrelated and yet interconnected things, and here we are once again trying to figure out how the club is going to respond. It would’ve felt like justice for Casey Short to walk into this game and get a satisfying result to put a small bandage on the long journey ahead of her, but that’s not how life works sometimes, and certainly not the game of soccer.

This was a hard one, and this week was a heart-breaker, but this squad is worth more than a tough six days. They’ll bounce back, figure out what went wrong, and Utah better be ready for it next time.

The Chicago Red Stars (1W 2D 1L, 5pts) are back home next Sunday in a rematch against North Carolina.