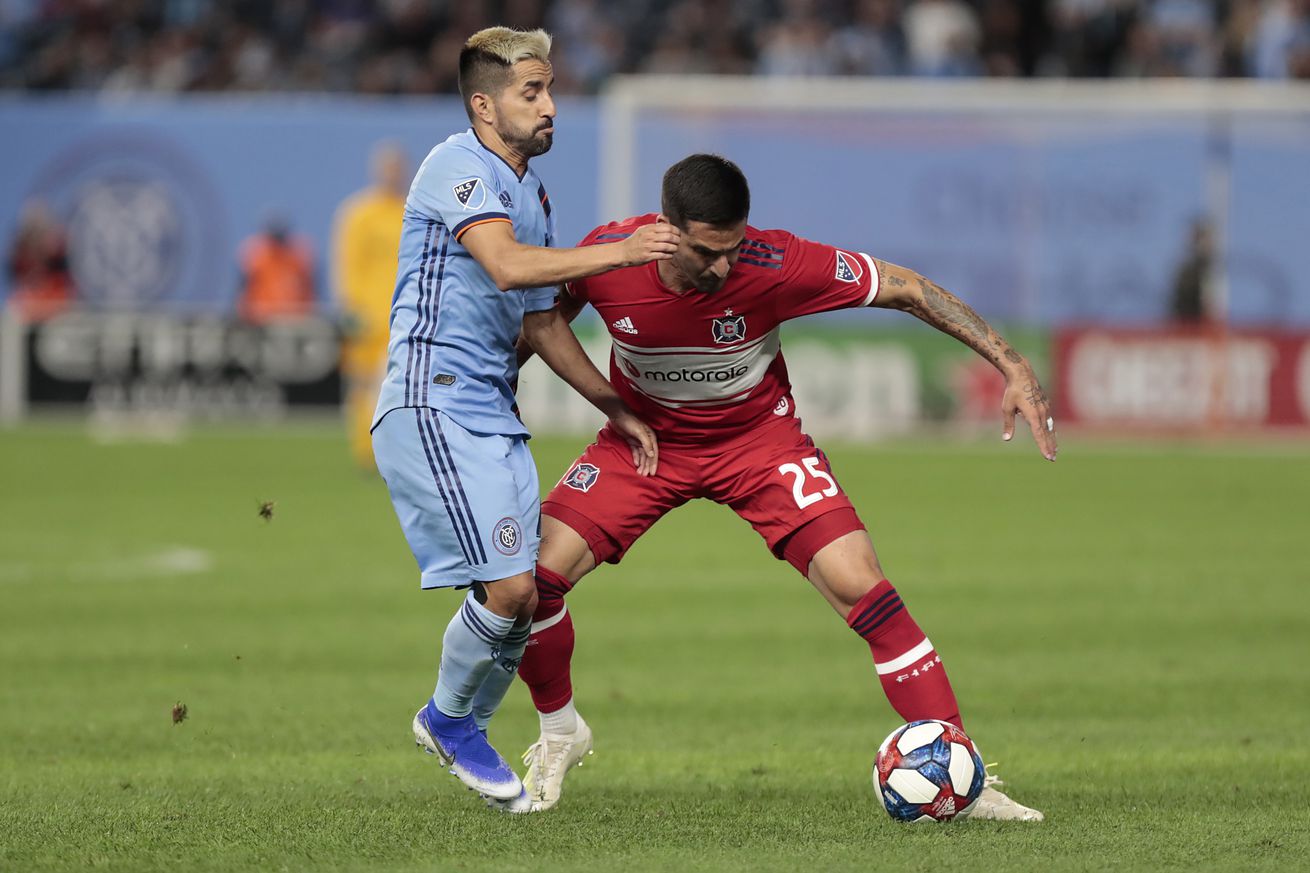 Still licking their wounds from the trip to San Jose, the Fire must try to get three points at home against NYCFC

This is about the time of year when things start to come off the rails.

The Fire played six games in May of last year and posted a record of 2W 0D 4L. They then went unbeaten through June, albeit with mostly draws, and then following their win at the end of the month in this very fixture would not win again until mid-September.

You get the idea. This is the point of the season where not only do Chicago’s results take a nosedive, but it becomes plain that they just won’t be able to right the ship in time to meaningfully compete for a playoff spot.

That makes tomorrow’s clash with NYCFC something of an inflection point for the Fire. Win (or maybe draw), and we may still have some chances. Lose, and a lot of fans will (rightfully) give up on the season. And then it’ll only be a matter of time before the players do as well.

It stinks that the stakes for a mid-season fixture during a holiday weekend are so high. But here we are.

Two wins and a draw. Which means NYC are feeling pretty good about themselves for this weekend.

Basti’s back from suspension, so it makes sense to slot him back in. Pauno isn’t going to bench Niko, so giving him a partner up top in Sapong at least takes some of the pressure off of him (see Keys To The Match below). I’m not sure if Frankowski will be available, considering his national team call-up, but if he hasn’t left yet we might as well try to make this wingback thing with him work.

Take A Goddamn Nap: There were several factors at work during the Fire’s shameful loss to San Jose, but one thing stood out— the team looked gassed. If the Fire head into tomorrow’s game with the same level of lethargy, we’re going to have a bad time. Do what y’all need to do to feel rested.

Hold On And Don’t Let Go: Pauno’s preferred style of play centers around pressing and counterattacking. The Fire tend to yield possession to the opposition, but on their best days, it doesn’t matter. That absolutely didn’t work last week, where the Fire had 38.5% possession en route to a truly dismal performance. It’s probably worth tweaking the game plan a bit and trying to hold the ball a bit more.

Pair Off: Nemanja Nikolic isn’t performing. But as discussed on The North Lot this week, Pauno probably won’t bench him. So I think the best— or at least less bad— way to work around this problem is to give him a strike partner to help carry the load. Sapong has also seen a drop in productivity lately (compared to the start of the season anyway), so this could very well help them both out.

I don’t know if it’s NYCFC’s strong form or lingering hold-over from the San Jose game, but I’ve got a really bad feeling about this. I’m going to say Fire 0-2 NYCFC. And that might be overly generous.

What do you think? Can the Fire get it together and secure three points at home? Or will it be more of the same? Let us know in the comments below.