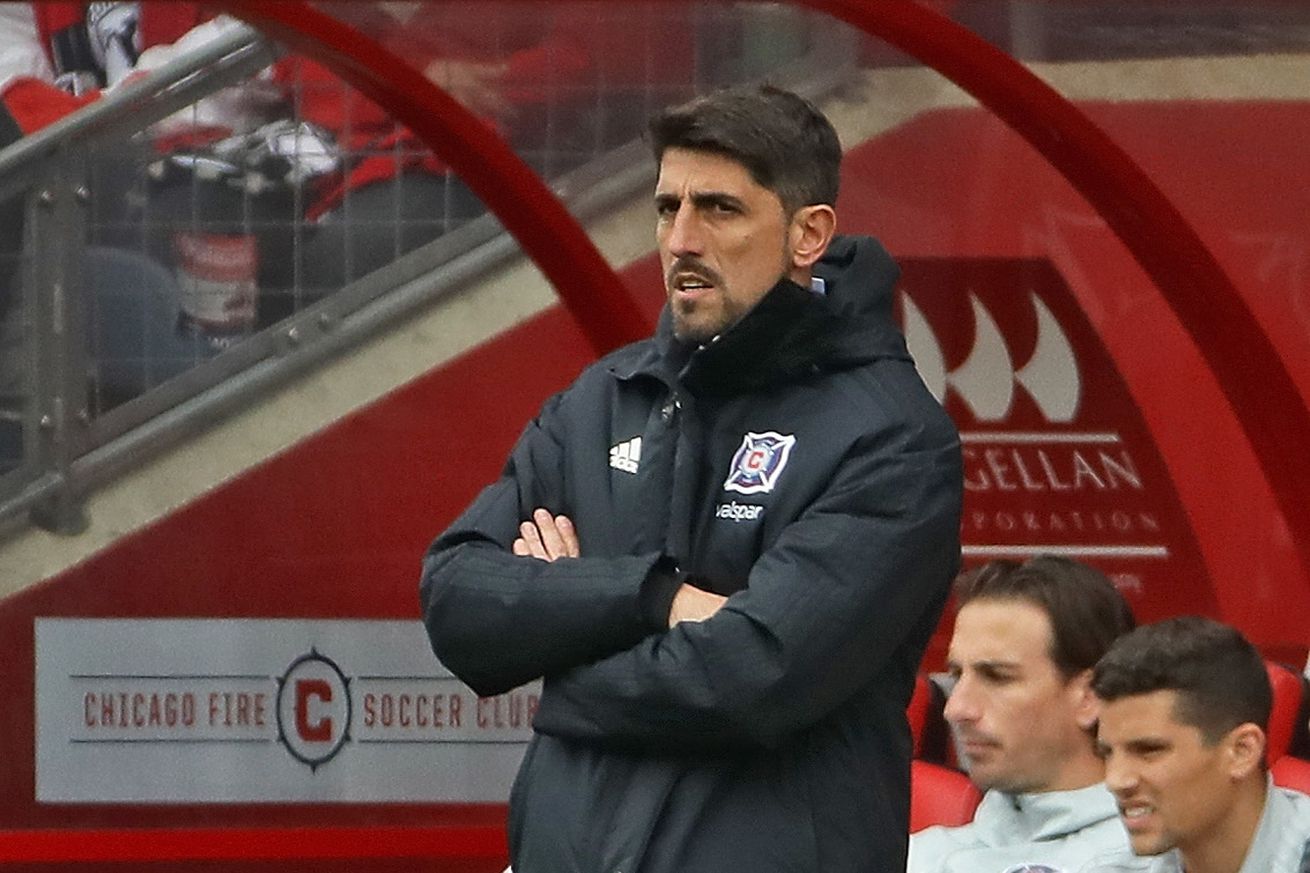 We’ve seen many different versions of the Fire this year already, what are they aiming for?

While the rest of the universe was sucked into the final season of Game of Thrones on Sunday night, I indulged myself in the battle that was Sporting Kansas City versus the New York Red Bulls. Watching two contrasting styles of soccer go head to head is fascinating for a soccer nerd like myself, and something that I wish I could analyze every week with my own club. The Fire don’t often provide these types of tasty matchups. Instead they regularly produce performances like Friday night, where you end up questioning their basic team philosophy.

The numbers might point towards a dominant offensive performance that fell just short on the day, but the truth of the matter is that this team was blunt in possession and settled for half chances far too often. Other than Aleksandar Katai’s moments of individual brilliance in the final third, the Fire resorted to pinging balls into the box or accepting long range shot attempts that the Whitecaps were happy to allow. With enough attacking talent at their disposal, where was the tight combination around Vancouver’s box? Where were the ideas to unlock a team sitting in?

After a few games successfully playing on the counter and grinding out results, this felt like a rudderless performance. The starting XI didn’t match the approach to the game. Sure, they had a lot of the ball, they took a lot of shots, but there wasn’t a clear picture how this team would challenge Vancouver in the final third, or a pattern of attack they could build upon moving forward. We’ve seen a few different versions of this Fire team already and it isn’t even May.

I mention the likes of SKC and RBNY because I see a whole that is greater than the sum of their parts. They have a clear plan, with a roster intentionally built to execute consistently every week. They know who they are, and who they need. We are three years in to the Nelson Rodriguez and Veljko Paunovic era, do Fire fans feel that way about this organization?

I look at Friday night and I am still asking the question about how Paunovic wants to play, or what the plan is. Week to week, year to year, the trajectory of this team seems to change. Yes, building a roster and a style is not linear and takes time, but we haven’t seen signs indicating progress. I’m just asking, what’s the plan?