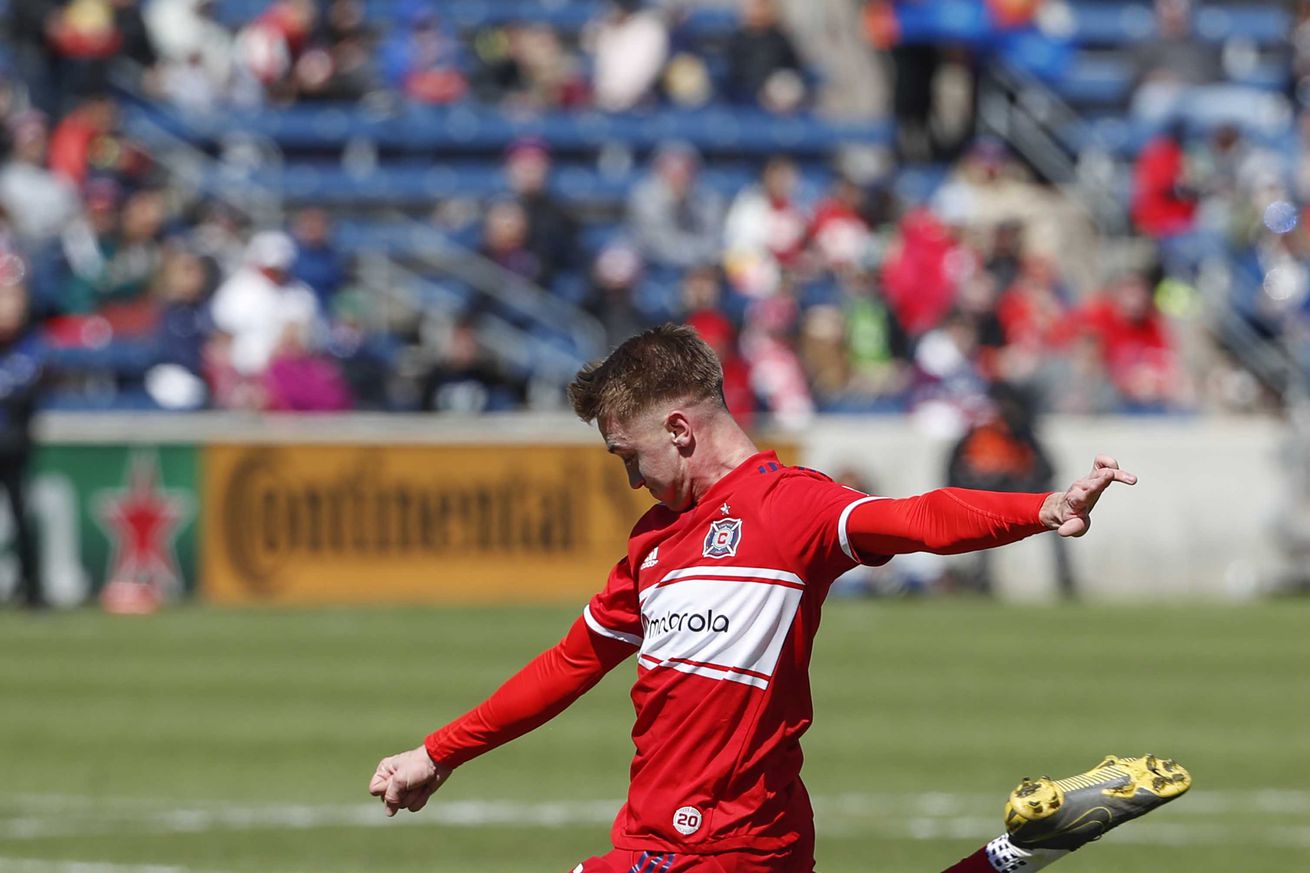 It has been a banner year across the league for young American attacking talent across MLS through 5 weeks, as we have seen team’s hand over the keys to their offense to their own academy products. The likes of Paxton Pomykal, Brenden Aaronson, and Gianluca Busio have made significant impacts for their clubs. Leading the charge of these young Americans is Djordje Mihailovic, who broke into the first team in 2017 and has had quite a rise since then.

Djordje put in another very solid performance in the middle of the park on Saturday. Excelling in possession, he’s best when he links the backline to the front three, either providing a platform for quick combinations or picking his head up and spraying balls into the channels to release wingers. Below are a few of his best moments from Saturday:

There is an interesting dynamic that is happening as this Chicago Fire team is getting results this season: Veljko Paunovic prefers to play a possession-oriented, build from the back style, while his team set-up and tactical approach in the last two games has been more reactive and counter-attacking. They ceded 70% of the possession to Toronto on Saturday and walked away with a good result on the road. This approach can work but puts a lot of pressure on your attacking players, forcing you to maximize the opportunities you have in the opponent’s final third.

That’s where I see an enormous opportunity for Mihailovic to take the next step in his game over the next few weeks. We know how good he is in possession, we know he can make an impact at this level, but can he win a team games? Will he be the key to unlocking the opposition through goals and assists, or will he be just a possession passenger waiting on others around him to produce goals? There is going to be a clear need for the Fire to find goals with little possession, Djordje needs to be that key.

Look at the schedule. There are points to be had over the next four games. The team? Przemysław Frankowski will likely miss those contests with a groin injury, and Nico Gaitán is still adjusting to the team and the league. Mihailovic has an enormous opportunity in front of him to cement himself in the XI week in and week out. He’s shown flashes of brilliance over the last few months with both the Fire and the USMNT in the final third, but I’m looking to the 20 year old to start producing game-breaking performances for the Men in Red.