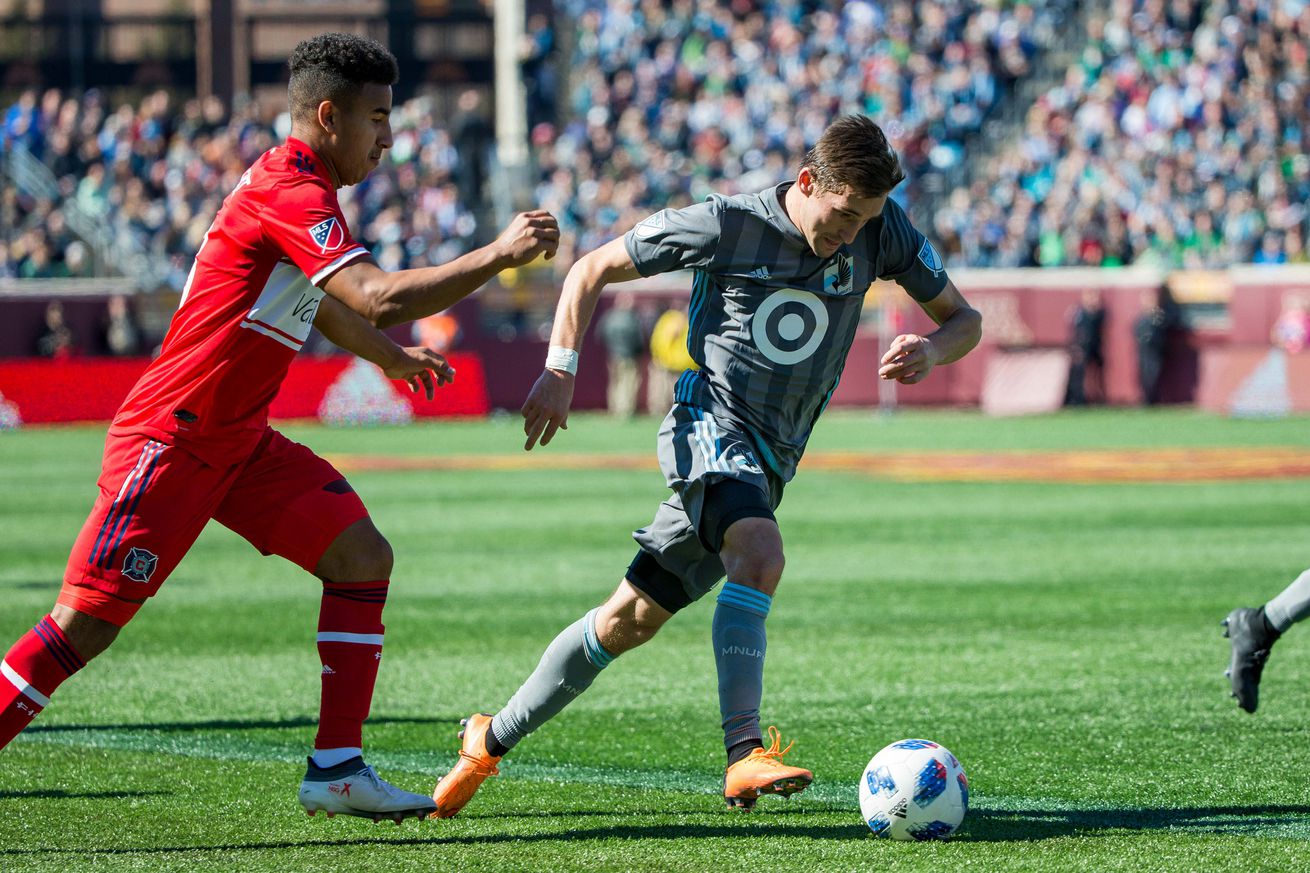 I always have a few pangs of regret whenever we play Minnesota.

I feel like the Fire and MNUFC could have a really fun rivalry going. I think our respective fanbases have a lot in common and there’s a potential for an inter-league friendship on par with what we have with Portland Timbers fans. I think such a rivalry could make both our teams, and our fanbases, better and stronger.

The problem is that we’re not in the same conference. Playing each other once a year is stifling the development of a shared history. As it is, the long-distance relationship we’re in now doesn’t serve either of us.

So until Minnesota moves to the Eastern Conference, or the Fire switch to the West, there’s always going to be this sense of What Might Have Been with them.

That’s a win and two draws in their last three games. All against much stronger teams. So, they’re definitely feeling themselves right now.

So, I’m cheating a bit here. This is my suggested lineup from Wednesday. And like Wednesday, I don’t expect this to be what Pauno ultimately goes with. (I feel like Frankowski may get the start over either Katai or Sapong, which would be fine by me.) At the very least, Calvo should start, for reasons I’ll explain in a moment.

Do That Scoring Thing Again: I mean hey, it worked against Colorado and New England, right? In all seriousness, we’ve scored exactly two (2) goals against MNUFC, and lost both of those games. We have a forward line strong enough to really give them the business.

Stick With What We Know: I know folks are anxious to see Kenneth Kronholm in action. I am too. There will come an opportunity when we can afford to experiment a bit and see what this guy’s made of. Tomorrow is not that day. David Ousted’s been fine for us. We need a known quantity in goal if we’re going to get a result. Let’s let it ride for a little longer.

Rent Free In Their Heads: I honestly don’t know how well the Francisco Calvo signing is going to pan out. What I do know is that we’re playing the team he just left. Even if they were happy to see the back of him, there’s going to be at least some psychological element at play tomorrow night. We might as well use that to our advantage.

Our past record against Minnesota isn’t great, but we’ve got to get a win sometime. Might as well be this weekend. 2-1 Fire.

What are you thoughts on tomorrow night’s game? Let us know in the comments!