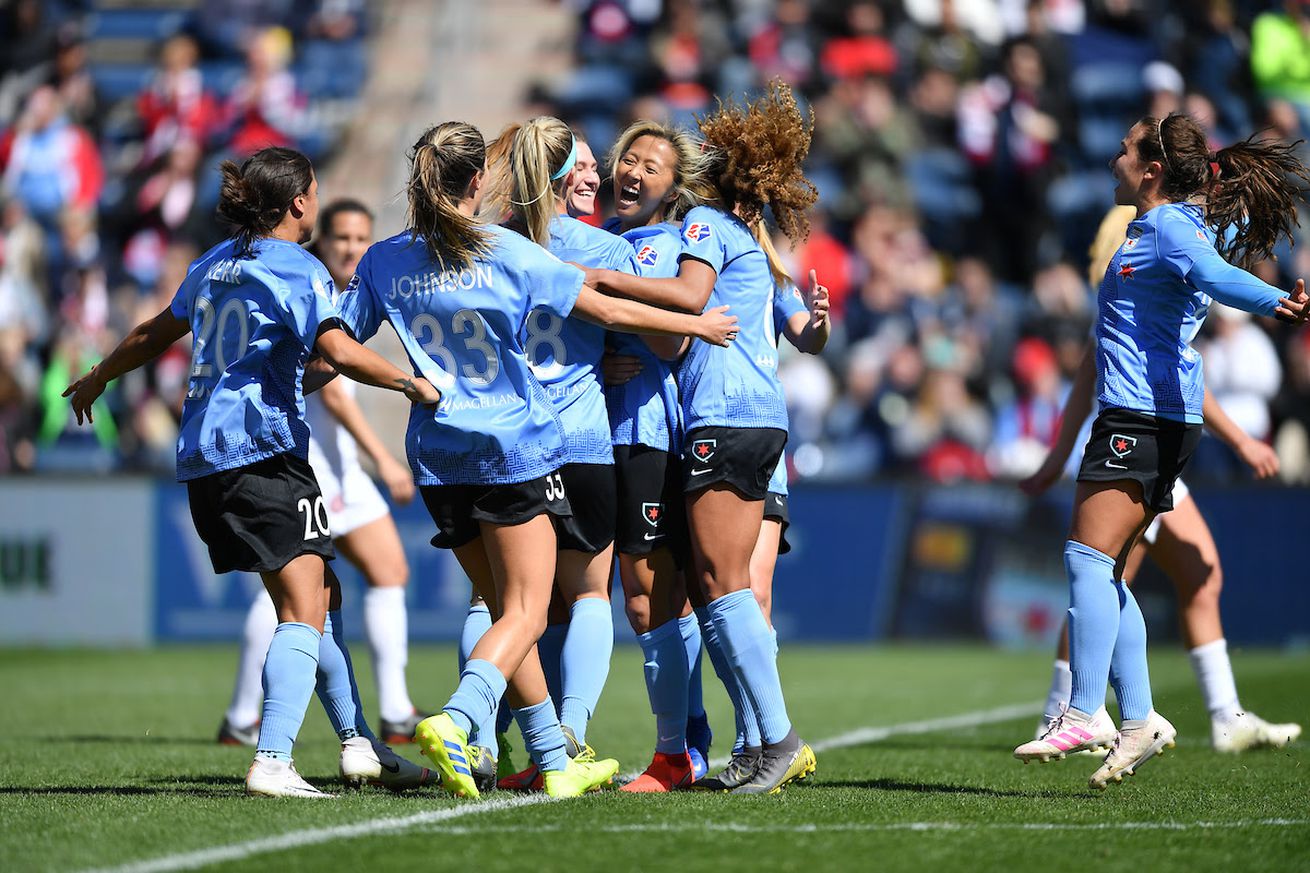 Some takeaways from the home opener

The Chicago Red Stars had their home opener this weekend!

The match against Portland ended in an eight goal draw with four goals a piece for each side. The teams split penalty kicks, pretty goals, and awkward goals, all in front of the home crowd that was a lively double header atmosphere.

Here are some takeaways from the match.

There are two games checked off the schedule for CRS, but it’s time to start talking about this Red Stars team as a squad that’s capable of playing a different style of soccer. Long past are the days of the 4-4-2 route one, direct style of play that was traditional of prior Red Stars teams.

Last season the coaching staff expanded as they welcomed the addition of two first assistants in Craig Harrington and Gary Curneen, and we saw Chicago embrace an effort to playing in new formations. Starting out in 4-3-3 or evolving more into a 4-2-3-1, while trying to work in a number of injured players throughout the year.

Over these last two matches, we saw Chicago execute a smart game plan against North Carolina that had the Red Stars playing much lower and more blocked in to help close down the space for the Courage to operate.

Additionally for the Red Stars, the team is showing that the seeds which were planted last season, have strong roots. As much of last years’ team is back together – and finding themselves able to execute their game plans while adjusting if need be.

During the home opener Chicago’s game plan played appeared much more open, which allowed their midfield more fluidity and time on the ball – and for players like Nagasato, Kerr, and Johnson to find each other in the final third. Their plan included making subs with players like Brian, DiBernardo, and Vasconcelos having a direct impact off the bench. There were moments where we saw them go from a 4-3-3 and shift to a 3-5-2 at times given the ever changing tones of the match. It was wild. It was crazy. And at times, impressive.

The literal sequence and effort behind this goal is one of the best things to have happened, not just out of this game, but during the entire weekend of NWSL matches.

You just witnessed quite possibly one of the best goals in Red Stars history. A post 4-4-2 era goal that were the ball was elevated to life through the effort of several players on the pitch, before reaching the back of the net.

It was both brilliant and cool, and hopefully indicative of some things to come from the Red Stars in the future.

Chicago Red Stars face Reign FC for the first time this season, at home in Bridgeview. Look out for the preview on Friday where we will discuss the history of physicality between these two teams in the past.