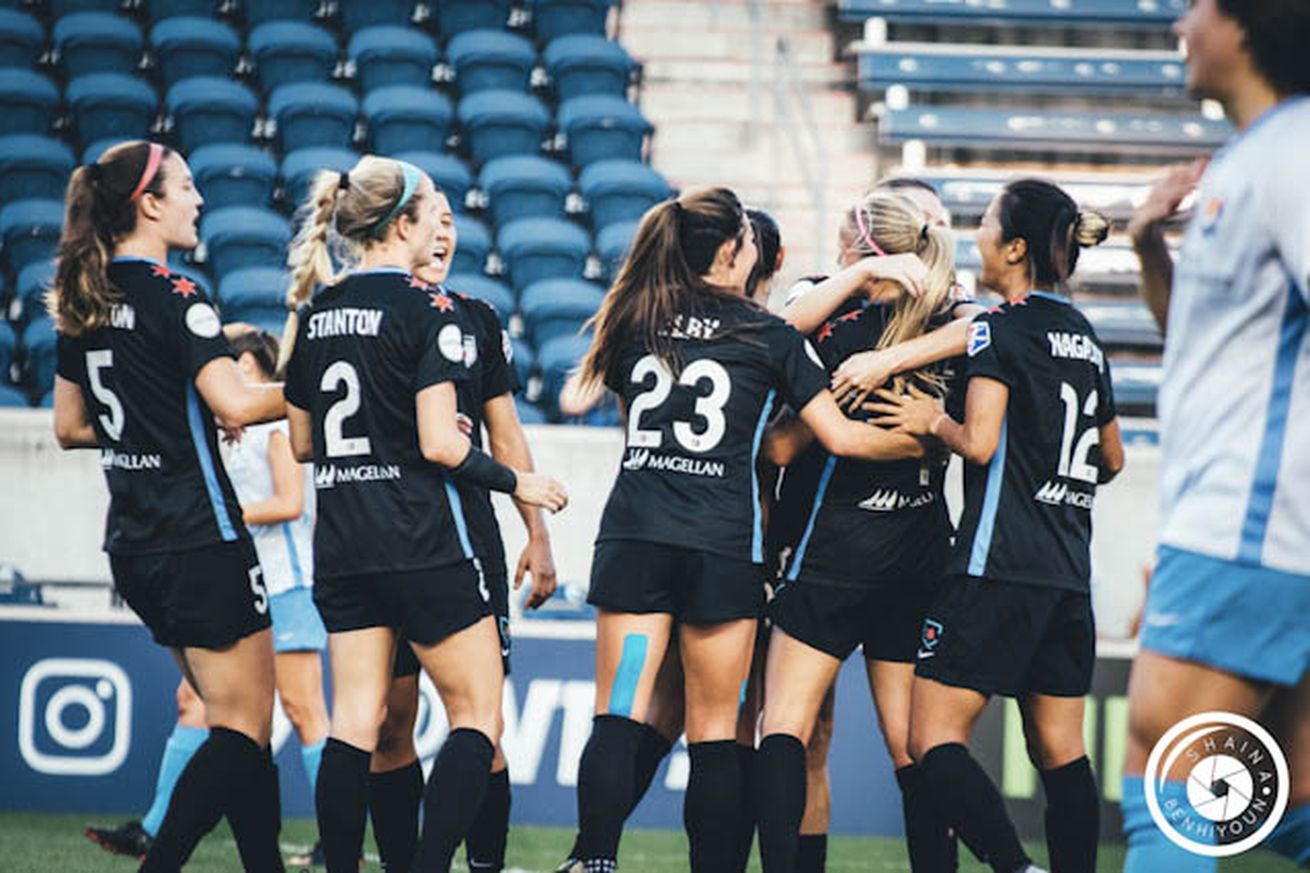 This upcoming campaign will pose some unique challenges for Chicago

The NWSL regular season is back! And what makes it better is the Chicago Red Stars returning to action.

Their first match is this Saturday, on the road, against the reigning NWSL champions North Carolina Courage. The Red Stars have matched up with relatively well against North Carolina over the last few seasons, and the two teams have faced off in the semi-final the last two years. A big game that Chicago has lost on both occasions now. Come opening day, this game is likely going to be one of the more competitive matches this opening weekend.

Preseason is over. The roster has dropped. The kit is (almost) here. Four consecutive playoff appearances, a veteran core, and a couple of crazy good international players. What will 2019 have in store for the Red Stars?

Fourth in NWSL standings and eliminated in semi-final.

Another strong draft day for Chicago has brought some new faces on the roster to go along with the usual suspects.

Stephanie McCaffrey announced her retirement after battling with a neurological illness last year. Rosie White and the club mutually parted ways as the New Zealand international prepares for the World Cup.

Coming Soon! And I hear it has Red Stars on it!

Coaching staff from last year still intact with Rory Dames as Head Coach and first assistants in Gary Curneen and Craig Harrington. Staff got a major pick up when they hired a new High-Performance Director in Megan Young aka Coach Mega on Twitter.

How will the World Cup impact the squad?

The Red Stars could be missing up to seven players potentially. Although it’s likely to be closer to five players. USWNT will announce their roster in May which may see names like Naeher, Ertz, Short, and Davidson for USA, along with Sam Kerr for Australia.

As the NWSL enters its seventh season the Red Stars are team that have given its following just that, expectations. Four years running as a top ranked team with four consecutive playoff appearances, anything less at this point would honestly feel strange. With a World Cup on the horizon, there will be disruption with international breaks and players being pulled out for World Cup duty, but the Red Stars have played out previous challenging years as a long grinding marathon versus a brisk sprint.

However, the same question has been asked the last several years with the same short answer. Playoffs? Eliminated.

Few teams have had the kind of success that Chicago has had over the years, and many would likely trade places for a shot at the playoffs. But no longer is this the team of candor who is merely appreciative of the chance.

What did we learn last season about this team?

A number of things, but perhaps the most important was the 2018 revelation that the Red Stars are capable of operating through a possession-based 4-3-3. Chicago has a reputation in NWSL of being a team that thrives on direct play, with long balls setting up the attack for quick-break scoring opportunities. They still resorted to this on occasion in 2018, particularly in the early stages of the season when they were dealing with injuries to a number of the starting XI. But as the season progressed, and the squad built toward full strength, the style of play shifted over to highlight the strong No. 6 play of Danny Colaprico, the connecting prowess of Vanessa Dibernardo, and the forward tandem of Yuki Nagasato of Sam Kerr.

The stages of a World Cup year will definitely dictate different styles of play considering which players are going to be available, and the strategies of their opponents, but a full season of this shift could be the missing piece the Red Stars need to really run with the top teams in the league.

Who’s the player fans will learn to love?

Without a doubt, Maria Sanchez. The Red Stars are really excited to see what the Mexico international and rocket left foot can do for the team in her rookie season this year, and her presence in the midfield will hopefully give Chicago some much needed width going forward.

In addition to what she brings on the field, she has had a fascinating journey to Chicago and to NWSL. Sanchez had no club soccer experience growing up, playing high school soccer in Idaho. She went on to make a huge impact at Idaho State University, eventually transferring to Santa Clara University to challenge herself, leading her to catch the eye of a number of teams at the 2019 College Draft. She’s a whole new kind of NWSL player, and the Red Stars are lucky to have her.

What’s the biggest concern for this season?

How the team will manage without their internationals.

While the league is taking a few weeks off in June the first half of the FIFA 2019 Women’s World Cup, NWSL action will eventually resume while the tournament is still ongoing. When you factor in pre-tournament send-off friendlies and thank-you (or victory) tours— commitments that will effect our USWNT allocated players like Julie Ertz and Alyssa Naeher in particular— that adds up to the Red Stars having to play a lot of games without their heavy hitters.

The team— and, hopefully, the fans— will see this as an opportunity for the B-teamers reserves to shine. If 2015 was any indication, those players will make the most of that opportunity. But there are still question marks hanging over a squad that will largely consist of bench players and call-ups from the Red Stars Reserves.

It’s entirely possible that the Red Stars’ campaign will live or die by their depth. Rory Dames gets a lot of credit for his roster building. 2019 may put that to the test.