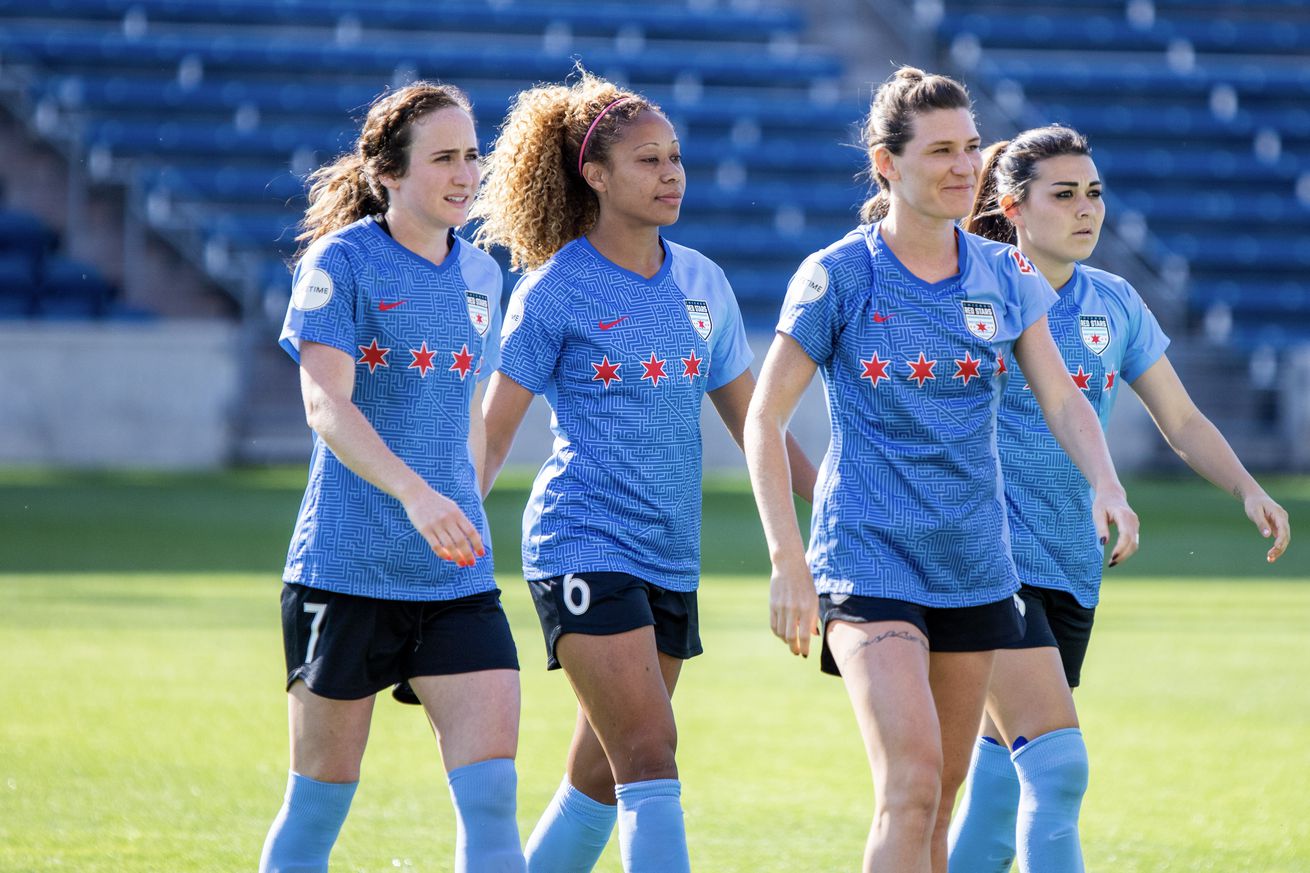 The Chicago Red Stars suffered a 2-0 loss at home on Sunday against Washington Spirit. Red Stars had their first taste of Sam Kerr-less life as the league approaches the ‘World Cup’ portion of its schedule.

Here’s some things we learned from the Red Stars’ loss.

Look At V, She Is The Captain Now

In postgame events, the Red Stars celebrated 100 caps for Vanessa DiBernardo, and in post game comments shared a bit of what that meant to her.

“It’s awesome to reach 100 games. It’s an honor. I’m lucky to play them all here at Chicago. There’s nothing more I can really ask for more than playing in front of my family, friends, in front of my hometown.”

DiBernardo was a large part of what the Red Stars did try to get right during this match.

Chicago stayed committed in their 4-3-3 formation for this game as they switched Brooke Elby on for Danielle Colaprico as a precaution. While the midfield had some struggles during the match – establishing possession, efforts in building up any connecting play, duals in general – the larger parts of the game were functioning precisely because of the work rate of DiBernardo.

Head Coach Rory Dames has expressed that leadership is something that he’s ask of his team to try and pick up over this next portion of the schedule, and that likely includes communication on the pitch. DiBernardo, along with other team veterans, will have to provide that.

Send in the Subs

Maria Sanchez, Jenna Szczesny, and Zoey Goralski entered the match having to chase. It is likely the first of various minutes the players may see during the next few matches.

Sanchez had moments where she would win possession, and moments where she’d get shoved off the ball. Goralski had an ankle breaking moment on a Spirit opponent, but also got beat on the flank at one moment. Szczesny was able to get a shot off in an attempt to help Chicago get on the scoreboard in the most minutes she’d seen this season.

It’s a loss, but it’s a good game to build off for some of the players as it won’t be the last game the squad will have to chase this season.

Whatever the adjustments that was asked of the team during the half, they went largely unnoticed as the game went on. The frustration apparent in some of the body language on the pitch as they continued to look for answers but ultimately found none.

Regardless of the result, the Red Stars are looking ahead. They’ve shown they can bounce back after some mental lapses against Utah, and will now have to do that as they head to Portland to face the Thorns in their home opener.