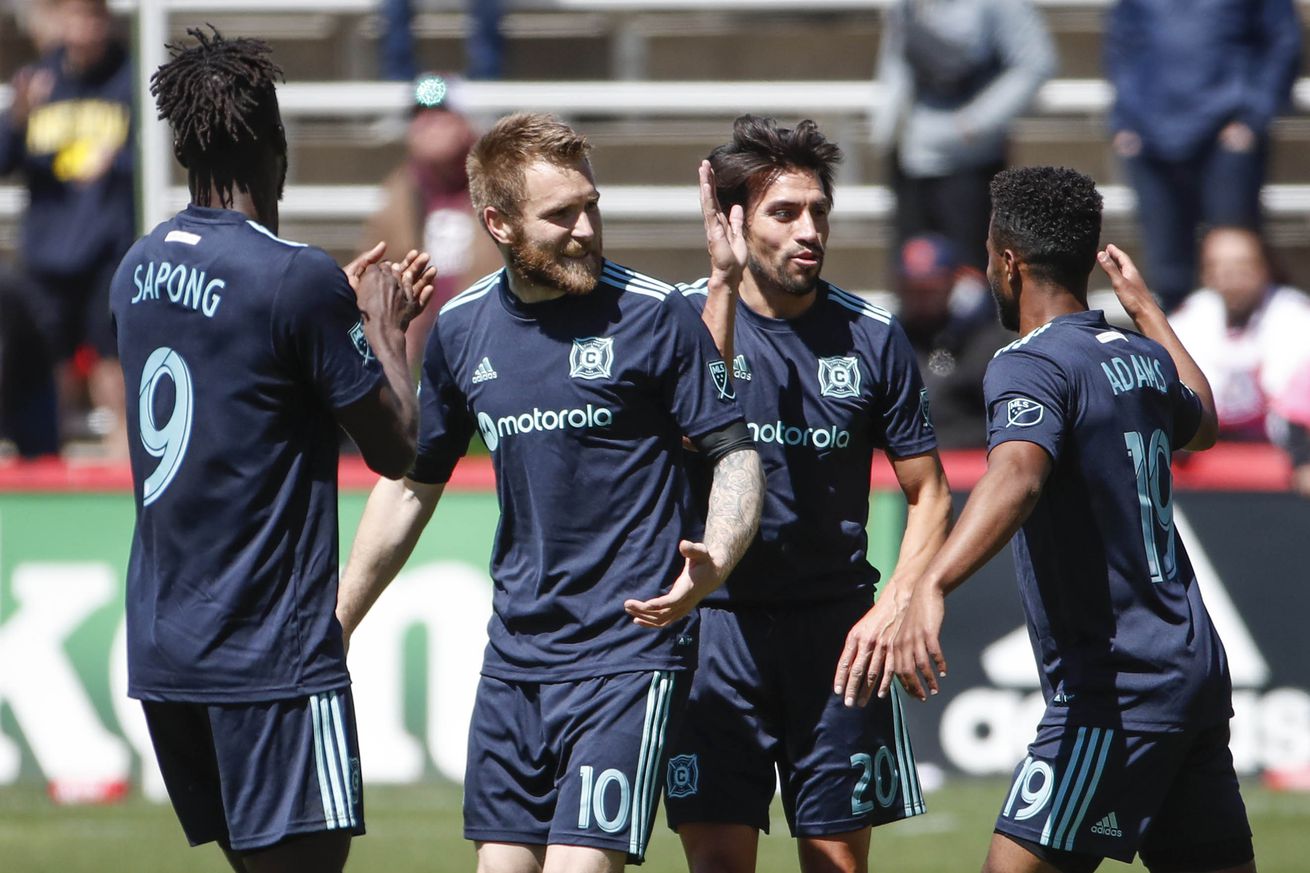 It was a breakout performance at the Geek, as the Fire finally turned all that potential into results.

What a wonderful Saturday that was. The Chicago Fire won a match handily against the Colorado Rapids. And all of a sudden, they find themselves close to a playoff spot with an early game in hand.

Here’s what we learned on Saturday..

It was only a matter of time. The Fire unloaded on the hapless form of the ghost of Tim Howard to the tune of four goals. Every time one went in, I breathed a sigh of relief. The club were finally reaching their offensive potential. And the best part? It wasn’t just one person scoring a whole bunch. They spread the love around with four different goal scorers. Nemanja Nikolic scored his third goal in three games. CJ Sapong continued his career renaissance by putting one away. Aleksandar Katai opened his account for 2019 in style, and Djordje Mihailovic put one in with his last touch of the day.

It was bound to happen sometime. The Fire have been really good at chance creation this season. Coming in to Saturday’s match, they were fifth in the league in shots taken, and seventh in expected goals. But finally, they’re turning expected goals into actual goals. The potency of the offence is shining through, and just in time.

So, lets talk about the goals. Specifically the second and third, and how well the whole team worked together to score them. The second goal, especially, is a thing of beauty.

It starts with Nico Gaitán working on defense to try and get the ball back. He’s relentless, doing the thing that Mo Adams would do if he were in the game, and it works. he gets the ball bouncing around the center circle after pulling it away from Benny Feilhaber right into the path of Dax McCarty.

Daxi, after he receives it, kicks the perfect pass over to Katai. The brand new father, on little sleep, placed the perfect ball over the top to Katai. The Colorado defender overplays it a bit, and Katai is off to the races. He takes three touches into the box, and doesn’t try to mess around with his pass. He slides it over past Tim Howard and into the path of Sapong, who tucks it away.

The third goal was was just as efficient, if not more spectacular. For this one, Sapong turned facilitator. He get’s a bit lucky by forgetting the ball, allowing the Colorado defender to slip past him, creating the space to place a cross in to Gaitán, who takes an absolutely genius two touches, one to get around the defender, and one to slide it on to Djordje. And the homegrown does not miss.

These two goals were the perfect team goals and show exactly how lethal the Fire can be.

The Fire didn’t need Mo Adams on Saturday. Colorado’s attack from the run of play was lethargic and abysmal. They didn’t really threaten the Fire at all. However, this is and will not be the norm. Mo Adams is still an important piece to this team, and Veljko Paunovic should not take this result as proof that he doesn’t need to be on the field.

That’s what we learned from the weekend’s game against Colorado. Next week we’ll have two games to look at.

What did you learn from the win against Colorado? Let us know in the comments below!