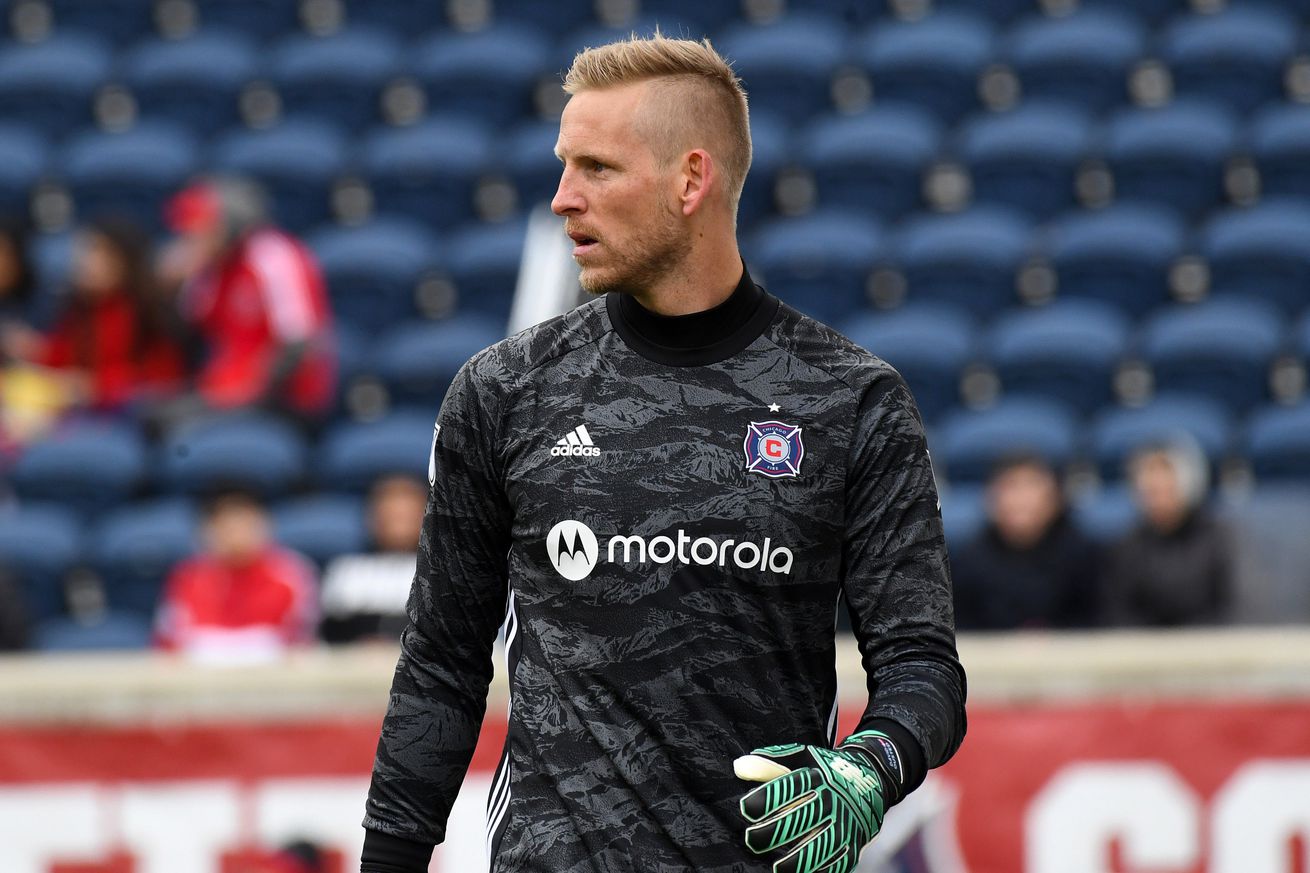 Once again a goalkeeping blunder costs the Fire points

Another game, another blown opportunity. It feels like that’s the story of the season. Even with a new #10, and a dominant performance, the team keep making the same mistakes over and over. It’s frustrating, to be sure, but it would probably be more frustrating if these were losses instead of draws.

Welcome to this week’s What We Learned.

Meet Aleksandar Saric. For four years now, he’s been the goalkeepers coach for the Chicago Fire, and the Serbian U-20 goalkeeper coach before that. If that sounds suspiciously like Veljko Paunovic’s resume, then you’d be correct. Saric is Pauno’s guy, and he has to go.

The Goalkeeping blunder by David Ousted that caused the Whitecaps to go up 1-0 is not about David Ousted. Not really. As far as I’m aware, he’s never been into this sort of thing. And it’s not just him either. There’s a pattern of goalkeeping blunders that spans over multiple goalkeepers with one through line; Aleksandar Saric. From Sean Johnson to Jorge Bava to Stefan Cleveland,The Fire have taken goalkeepers who had various flaws, yes, but also were not horrific before they got here, and they left the club a shambles.

Pauno and Saric like to have aggressive goalkeeping. They like keepers to come out off their lines and clean up opposing plays. The problem is, that leads to indecision from the keepers and that leads to positions like Friday night. It happened twice. One lead to a goal, and the other lead to a scoring opportunity that was cleared away by Bastian Schweinsteiger. It doesn’t matter who they have back there, this will keep happening. Manuel Neuer is not walking through that door. They need a new goalkeeping philosophy…. or a new coach.

One of these days, the Fire will score goals

One of the main themes of the Fire season this year has been wasted opportunities, and this game was no different. The Fire shot the ball twenty three times, all of them going relatively close to the goal.

It’s easy to say that they need to start converting some of these shots into goals. Scoring goals is hard, after all. But it shouldn’t be this hard. The Fire are extremely inefficient in front of goal. A finishing rate of just four percent isn’t good enough in rec league soccer, let alone in the top league in the country. The goals will come. They have to. You can not go all season creating chances while not putting them away. Someone has to score.

Coming into the match, there was some hand wringing over the starting XI and weather or not Djordje Mihailovic deserved to be benched for Gaitán. I wouldn’t call what happened to Djordje a benching. It was a short week, and frankly, it was time to see what the brand new Argentine could do over the course of a full ninety minute appearance. And what he did was absolutely beautiful.

His quality on the pitch was visible, he made several turns in traffic to fool defenders and create space, as well as flash some superior passing skill, putting balls with perfect pace into perfect spots. It’s clear that the communication isn’t there yet. There were a few missed passes that wouldn’t have been missed with more practice time. But, more practice time is coming, and we should see more passing improvement. Because we’re already seeing it. The Fire had an 80% passing percentage, a marked improvement over the last several games. This bodes well for the future. If only they could score goals.

And that’s what I learned. Drop us a line in the comments and tell us your observations on the draw against Vancouver.