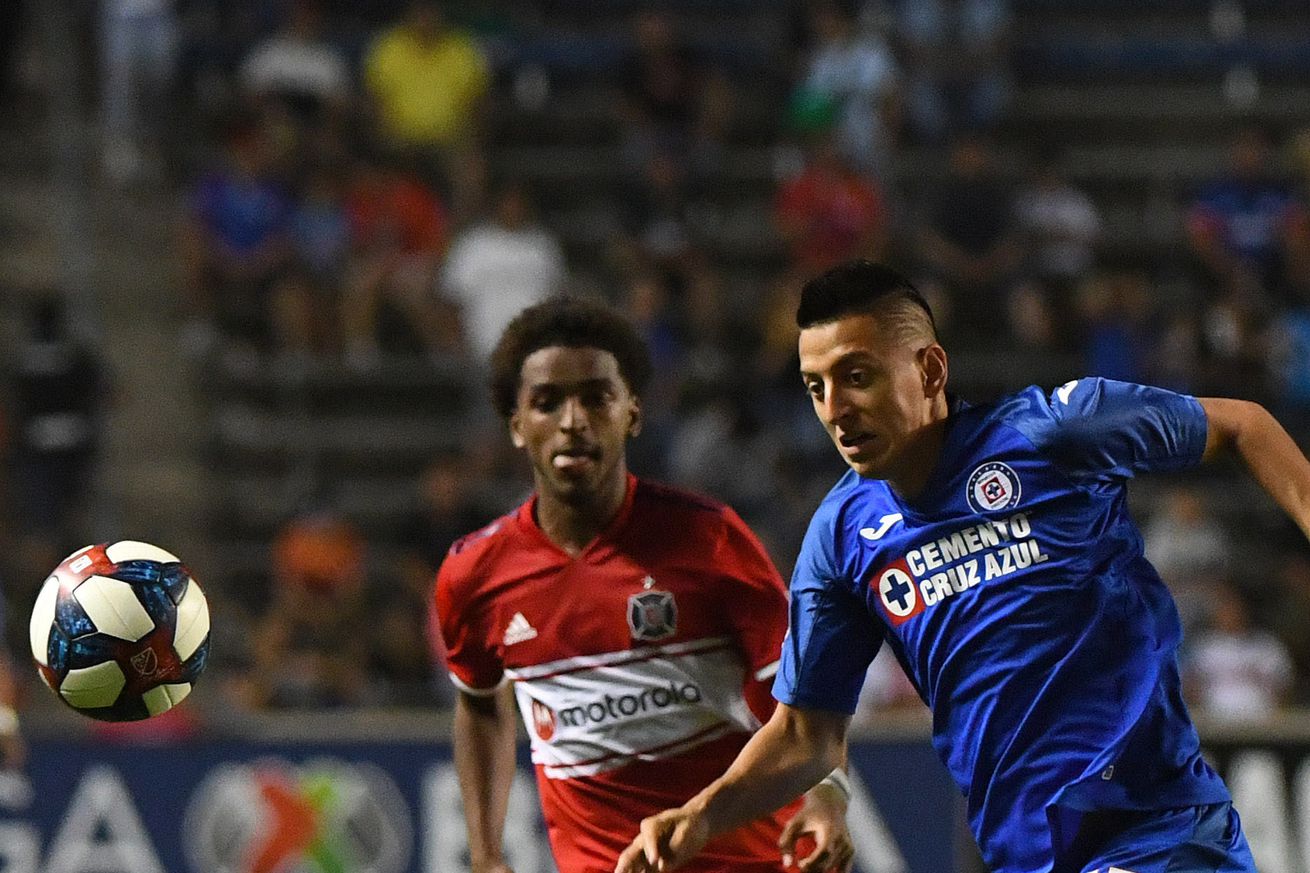 Andre Reynolds II, the Chicago Fire’s 12th homegrown signing, made his professional debut on Tuesday night against Liga MX club Cruz Azul. The 18 year-old rookie went 58 minutes in the 2-0 loss before being subbed off for Francisco Calvo. Despite the team’s loss, Reynolds had a great debut and showed that he is ready for the professional level.

During the game on Tuesday, Ruben commented that he looked comfortable and seemed like he belonged.

I like what I’m seeing from Reynolds so far. He looks comfortable out there, Like he belongs. #cf97 #LeaguesCup

That’s really the first step for really young players like Reynolds. Unless you are some kind of Wunderkind, you earn minutes little by little. He never looked out of place, which is not only impressive for a professional debut, but also when going up against an almost full strength Liga MX side.

What impressed me most in his performance was how he was constantly checking his shoulder. I didn’t feel like he was ever ball-watching; instead, he was always checking and adjusting. His lowest moment was probably his involvement in the first goal where he failed to clear the ball before Roberto Alvarado’s finish. I don’t put too much blame on Reynolds for that because Alvarado’s flick and finish were both absolutely filthy, but he was involved nonetheless.

In attack there weren’t many chances for him to contribute, because the Fire could only gather 31% of possession in the game. When he was able to get on the ball he did really well well. Early in the game he had a great bit of combination, sending Nemanja Nikolić into the box with a clever flick that ended up in a corner kick for the Fire.

An even better moment from him resulted in the Fire’s first shot on goal. In the 56th minute he jumped on a poor touch and played it directly to Fabian Herbers whose shot was saved by Cruz Azul keeper Jesus Corona. I would say it was his best individual moment of the game. Unfortunately, he was injured on the play and was replaced by Francisco Calvo a few minutes later.

His performance on Tuesday makes me question how he hasn’t gotten any chances before this game. Given how much injuries and a generally thin defense have hampered the Fire this season I would have expected to seen him by now. Of course, now with the Jonathan Bornstein signing we are even less likely to see him for the rest of the season.

Fortunately, if you would like to see him again soon, he has been added to the MLS homegrown roster to play against Chivas de Guadalajara’s U-20 team on Tuesday, July 30th. Every minute counts for young players, so to play with some of the best young players in the league and against some of the best in the region will be very valuable. It will be very exciting to see him grow from this year going into next.