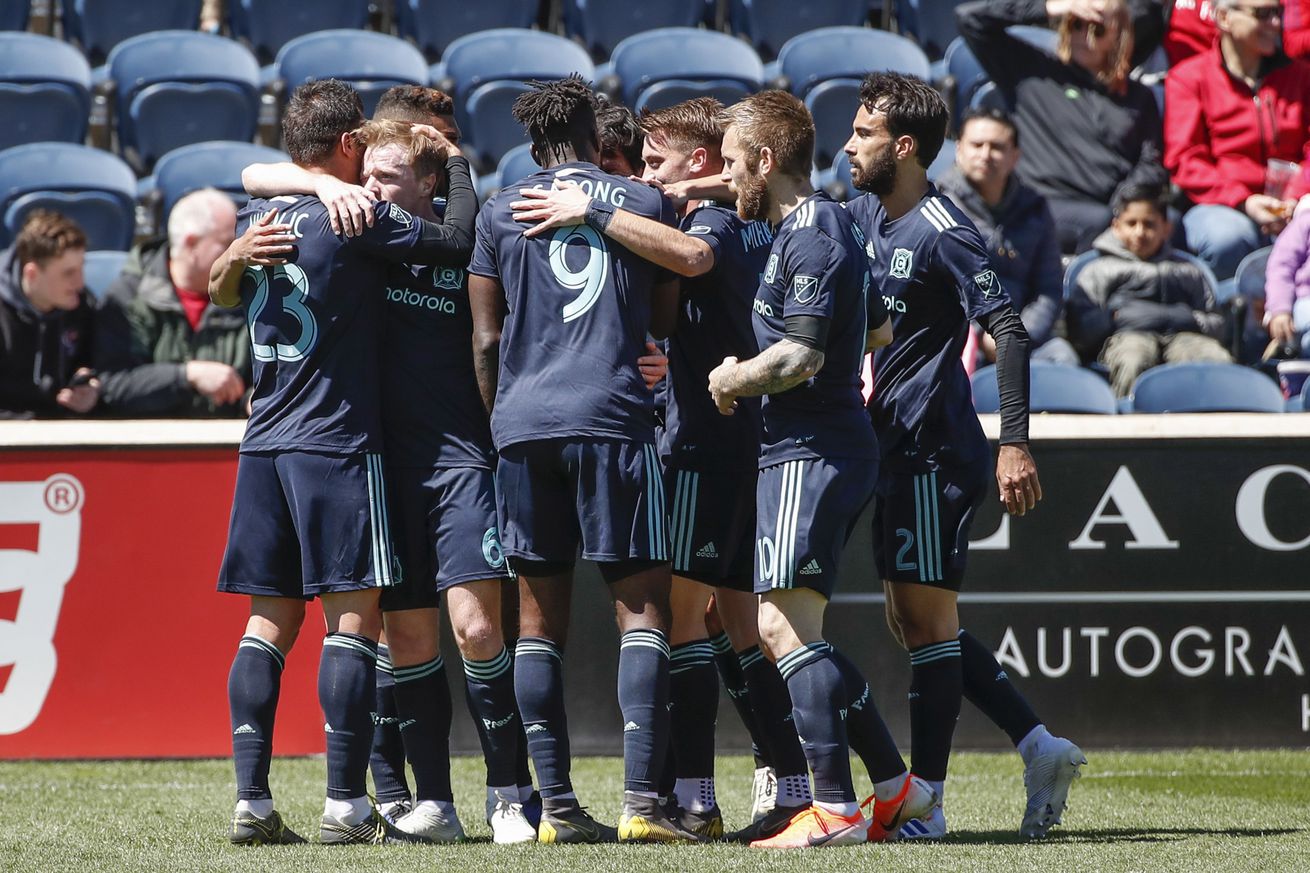 It’s the hope that kills you.

You would think this would make it hard to get too excited about day like today, when Colorado rolled up into SeatGeek and the Men In Red beat the living shit out of them.

So: Nico Gaitán and Djordje Mihailovic both starting. I feel like we were going to have to try this anyway, and this was as good a time as any. I was cautiously optimistic for this, at first. A teensy bit less so when they showed a lineup graphic before kickoff suggesting Djordje would be playing as an 8; I think a 4-1-4-1 would’ve been better here, with him and Gaitán serving as dual 10s. But maybe this could work.

The Fire did well enough through the opening minutes. Djordje and Gaitán were threatening early on, with both creating big chances that should’ve resulted in goals. Aleksandar Katai also came close around the 27th minute, hitting the crossbar from close range. Good efforts early on, but it would’ve meant nothing if the Fire couldn’t score.

If the Fire don’t win today against *this* Rapids team, I’ve got to imagine seats will start getting warm. #CHIvCOL

Thankfully, the Fire didn’t do the thing where they play well through the first half and fail to score. Nemanja Nikolic put the Men In Red ahead in the 34th minute, thanks to a lovely ball from Gaitán, the first bit of payoff from the new signing.

Make it 3️⃣ straight games with a goal for @niko_nemanja

Suddenly, there was hope that maybe the Fire could start emerging from old, bad patterns. Maybe they could preserve this lead— even increase it— and do the thing they’re supposed to do at home against supposedly weak opposition.

That hope lasted for all of five minutes before Kei Kamara equalized for the visitors.

Both teams went into halftime level; which, for the Fire, may as well have been a losing position. There’s really no good excuse for not pounding this Colorado side into the dirt.

After a wobbly start to the second half, Chicago clearly regained their sense of urgency and retook the league, thanks to CJ Sapong finishing a Katai low cross from point-blank range.

I had complicated feelings about Dax McCarty starting today. On the one hand, we need him. On the other hand, he just had a kid yesterday, and some things really are more important than soccer. But he did play, and his ability to strip possession from Colorado in critical moments was definitely appreciated.

Just after the hour mark we all got to breathe easier. In a flattering impression of the second goal, Gaitán set up Djordje for the third goal in the 61st minute.

That ended up being Djordje’s last touch of the game. Mo Adams tagged in for him, with Veljko Paunovic clearly having an eye on closing the deal.

Which they did, capably. Colorado never really threatened again that afternoon. Katai padded the lead out in the 80th minute with an amazing strike from outside the box for his first goal of 2019.

Other than Jack Price being sent off late for a scissor-kick tackle from behind on Brandt Bronico, the game finished pretty mellow. Chicago closed things down, Colorado didn’t put up too much of a fight.

I know they can’t play like this every week, but they can play like this more often than they currently do. Let’s hope Pauno and co. documented whatever they did heading into today and keep it for future reference. We’d like to hang on to this feeling for a little while longer.

The Chicago Fire (2W 3D 2L, 9pts) have a quick turnaround this week as they face NYCFC on the road on Wednesday night.