The Chicago Bears lost their third straight game in a 33-22 defeat by the San Francisco 49ers, but the silver lining was the play of rookie quarterback Justin Fields, who just had his mini-breakout game.

Fields was confident and decisive both as a passer and runner, where he showcased exactly why the Bears traded up to draft Fields with his special skillset.

Fields completed 70 percent of his passes for 175 yards with a touchdown and a late-game interception that went off the hands of receiver Darnell Mooney. He also had 10 carries for 103 yards on the ground, which included an improbable 22-yard touchdown run in the fourth quarter. Fields became the first Bears quarterback to rush for 100 yards since Bobby Douglass in 1973.

“I’m going to start it off with ‘I’m not a quarterback analyst,’” said defensive tackle Akiem Hicks, “but I will say this: He’s elite. Like it’s fun to watch, right? I remember a play where he made like a little spin move and then he took off for another 10 yards. Although it wasn’t a crazy gain, it just says, or it tells the defense, ‘Man, you’ve got to really work on tackling this guy.’ Maybe he slows them down a little bit, so it gives you other options. I think that he made some elite throws. I saw him come across his body and hit somebody in the left corner. I enjoy watching him play. And I look forward to his growth.”

In case you want to rewatch Fields’ best plays from the Bears’ loss against the 49ers, NFL.com has got you covered. 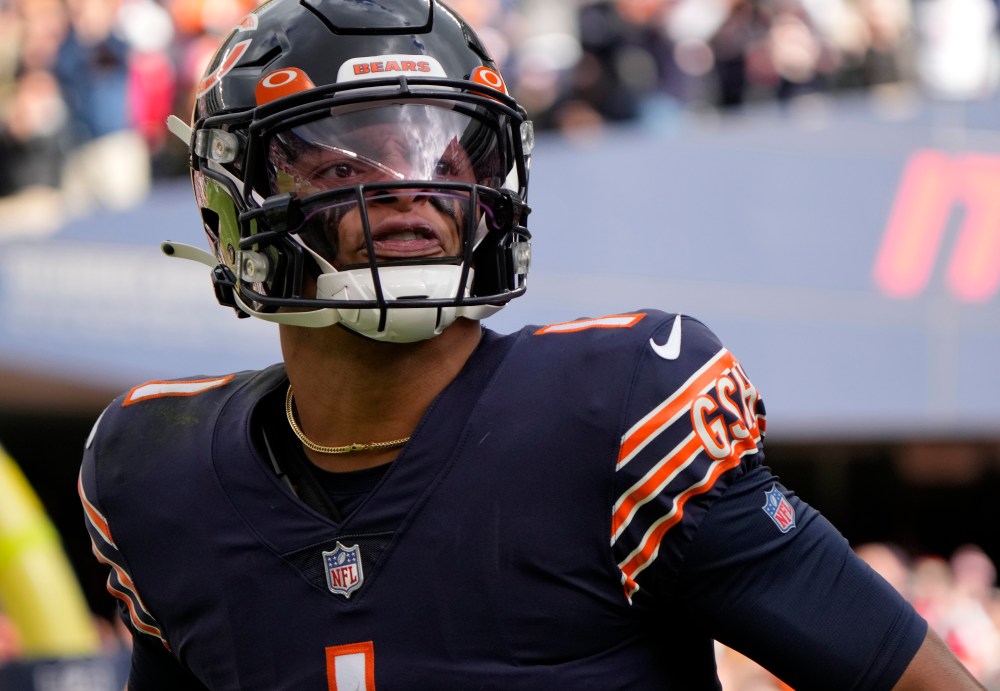 Studs and duds from Bears’ disappointing loss to 49ers 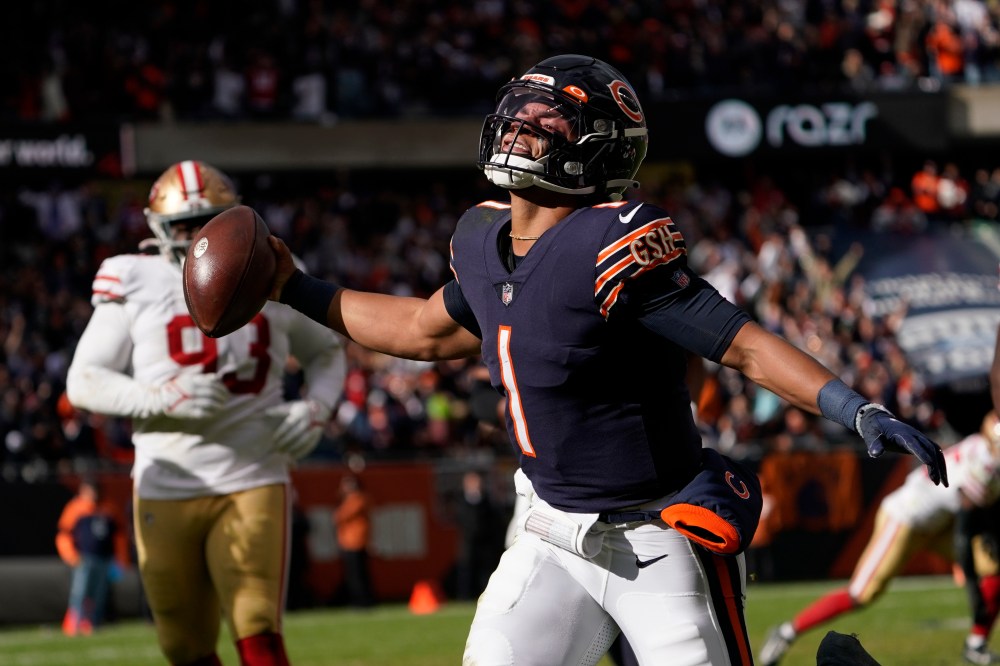