When the Chicago Bears traded up nine spots to land quarterback Justin Fields with the 11th overall pick, it sent shockwaves throughout the NFL landscape.

Not only were Bears fans pinching themselves that their franchise had actually made the right call at the quarterback position, but even Bears players were sharing their excitement about Fields joining their ranks.

One of the more notable reactions came from All-Pro safety Eddie Jackson, whose reaction was captured in real time as Fields was announced as the 11th overall selection. And Jackson’s reaction was certainly honest.

“About time we got ourselves a real quarterback,” Jackson said on his Instagram Live.

It was a brutal but honest reaction in the moment, a feeling that Bears fans also share as the team’s quarterback woes have stretched on for decades.

Earlier in the video, Jackson can be heard saying “it better be Justin Fields or Mac Jones” as he awaited the Bears’ selection, an indication that Chicago’s dominant defense wants some help from the offense — and it all starts at the quarterback position.

While Fields isn’t going to named the starter immediately — as GM Ryan Pace already reiterated that veteran Andy Dalton will be the team’s starter heading into the season — it shouldn’t take him long to work his way to the top. It’s just in his nature.

Suddenly, there’s a new hope surrounding the Bears franchise, and it starts at the most important position in sports. 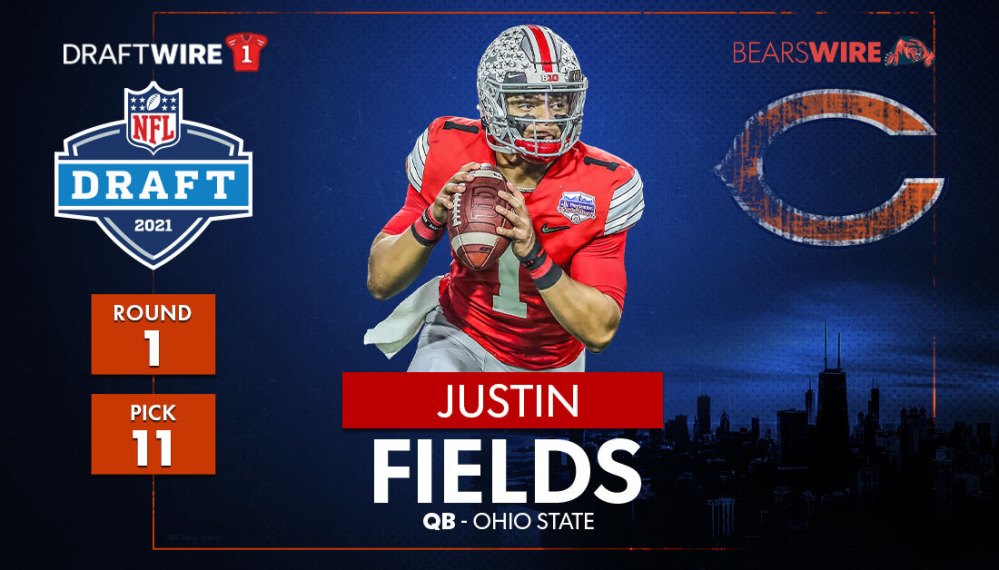