The Chicago Bears had arguably one of the best drafts this weekend, and it all started with new hopeful franchise quarterback Justin Fields, who Chicago traded up to select with the 11th overall pick.

GM Ryan Pace was praised for his decision to move up and grab Fields, who some had pegged as the second-best quarterback prospect behind Trevor Lawrence, as he has a chance to rewrite the quarterback narrative in Chicago.

Fields is easily the most talented quarterback the Bears have had in decades, and now it comes down to his development and putting him a position to become the franchise quarterback Chicago believes he can be.

But while many are excited to see Fields take the field, don’t expect to see him too soon. It sounds like the plan is to let Fields sit behind veteran Andy Dalton and develop him.

According to ESPN’s Jeremy Fowler, the Bears “want to take this slowly” with Fields and “feel that just table, veteran quarterback play can get them over the hump and back into the playoffs” after back-to-back 8-8 records.

Fowler said the Bears believe they can win 10 games this season with Dalton under center.

The Chicago Bears organization believes that the team can win 10 games this season with Andy Dalton.

While you can’t judge teams based on their performance from the previous season, the Bears will face some steep competition in 2021. But considering Chicago did win eight games last season with inconsistent quarterback play from Mitchell Trubisky and Nick Foles, perhaps it is possible.

It sounds like the Bears’ plan is to let Fields sit for a year behind Dalton, ala Patrick Mahomes in Kansas City. But you have to wonder: If Fields proves he’s the better quarterback, how long will the Bears be able to keep him on the bench? 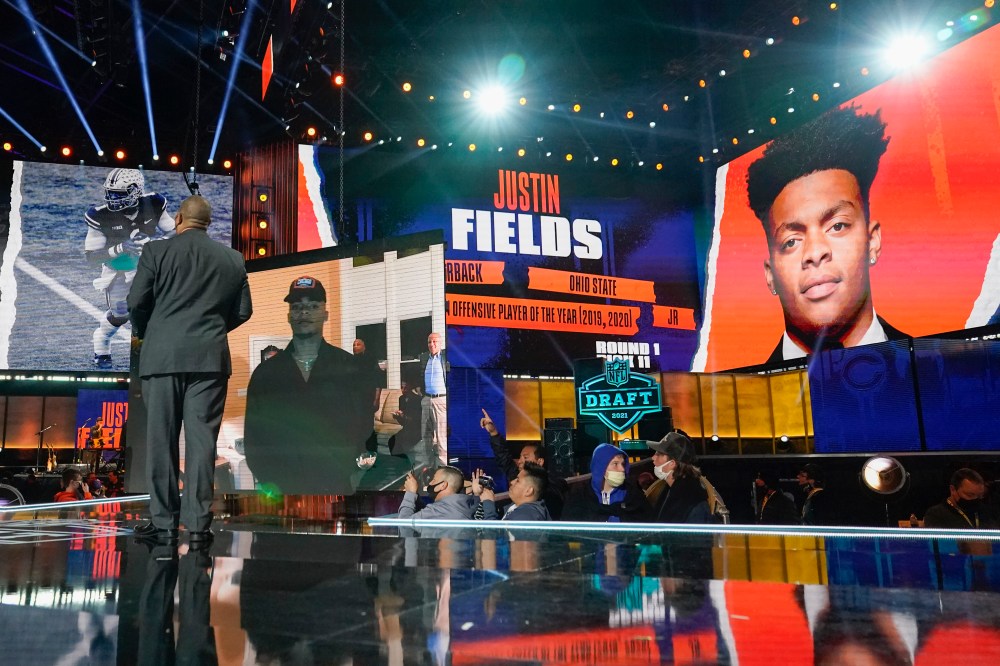