Josh Sitton is calling it a career. On Thursday, the four-time Pro Bowl guard announced his retirement from the NFL. 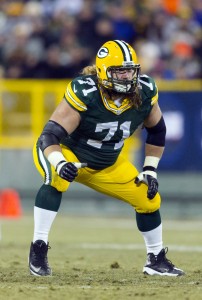 In an interview on ESPN Wisconsin, Sitton dropped a double dose of major news. First, he announced the birth of his son. Then, he told the radio hosts that he was done with football.

Sitton, an 11-year vet, spent the first eight years of his career with the Packers. That run came to an end just before the 2016 season when the Packers made the surprising decision to release him. The next day, he inked a three-year, $21.75MM deal with the rival Bears. That deal was terminated after two seasons, leading to him signing with the Dolphins last year as a free agent.

Throughout his Packers tenure, Sitton was known for his toughness and durability. However, injuries have held him back in recent seasons. With the Bears, he still managed to play at a high level, but he missed six games across his two seasons in Chicago. Then, last year, he suffered a shoulder injury in Week 1 that sidelined him for the rest of the year.