The Chicago Bears currently sit at 3-6 at the midway point of the season after losing four straight games. Things aren’t going to get easier for the Bears heading into another tough part of their schedule, which includes games against the Ravens, Cardinals, Packers and Vikings.

ESPN ranked each of the NFL’s 32 teams in terms of their likelihood to make the playoffs. And it’s not a surprise to see that the Bears are in the “Not Looking Good” tier — although it could be worse, they could be in the “Time for the Offseason” tier.

FPI chances to make the playoffs: 1.7%

Rookie quarterback Justin Fields has been increasingly fun to watch, and it’s reasonable to expect that he’ll continue to grow more comfortable and confident in the Bears’ offense. But will it lead to the kind of winning streak that would ensure the Bears a playoff spot? Do you see them finishing 7-1 or 6-2? Didn’t think so.

At this point, it’s safe to say Bears fans have accepted this team is not a playoff contender. After sneaking into the postseason last year before a swift exit, Chicago is on track for their first losing season under Matt Nagy, who is likely on his way out after this season.

Now, it’s about building for the future behind rookie quarterback Justin Fields, who has made strides in his development over the last couple of games. 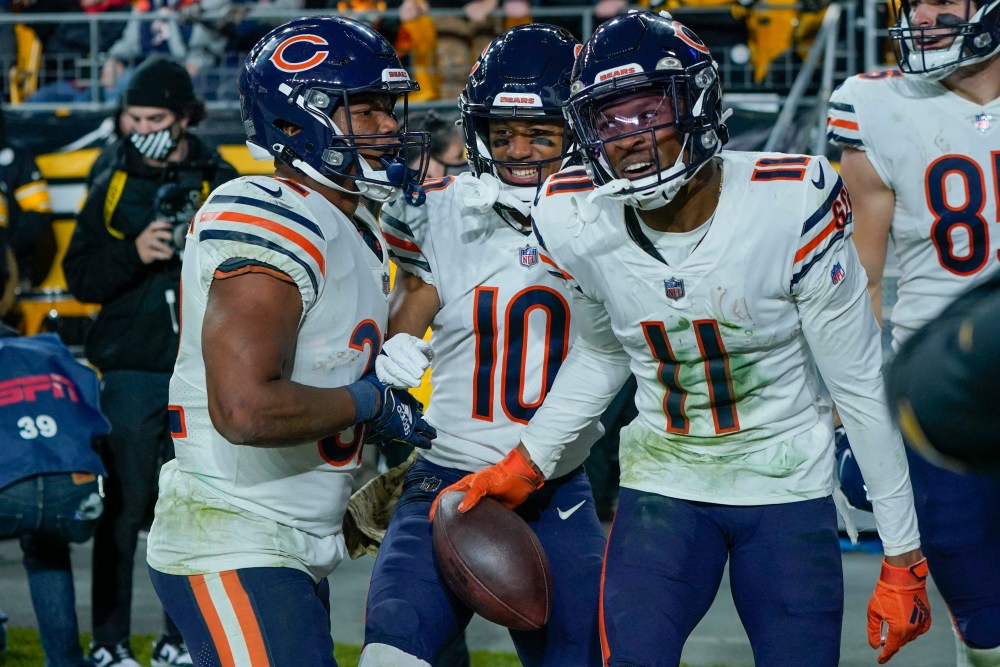