The Chicago Bears selected North Carolina wide receiver Dazz Newsome with the 221st overall pick in the 2021 NFL draft, another potential steal for GM Ryan Pace in the later rounds.

Heading into the draft, wide receiver was a big need for the Bears. Outside of Allen Robinson and Darnell Mooney, we don’t really know what we’re getting. The Bears did add veteran Marquise Goodwin this offseason, and he figures to serve the role Ted Ginn Jr. couldn’t last season. The addition of Newsome might signal the end of Anthony Miller in Chicago, where trade rumors were swirling before the draft.

While the Bears didn’t use a high draft pick on a wideout, they got a steal with Newsome in the sixth round. He brings athleticism and speed to the position, and some have called him a human highlight reel.

Chicago is also getting some special teams help with Newsome, who has experience returning punts in college. Over the last three seasons at North Carolina, Newsome averaged 11.1 yards on 48 punt returns, including one return for a touchdown. With running back Tarik Cohen returning from a torn ACL, Chicago could look to get Cohen off punt returns, and Newsome could be his replacement.

Newsome is another speedy weapon that’s been added on offense for new quarterback Justin Fields and Andy Dalton, who will likely start the 2021 season. At his pro day, Newsome ran a 4.38 40-yard dash. The fact that Chicago was able to get Newsome in the sixth round was a steal, and some are wondering if we could have another Mooney on our hands.

Twitter reacts to the Bears’ selection of WR Dazz Newsome 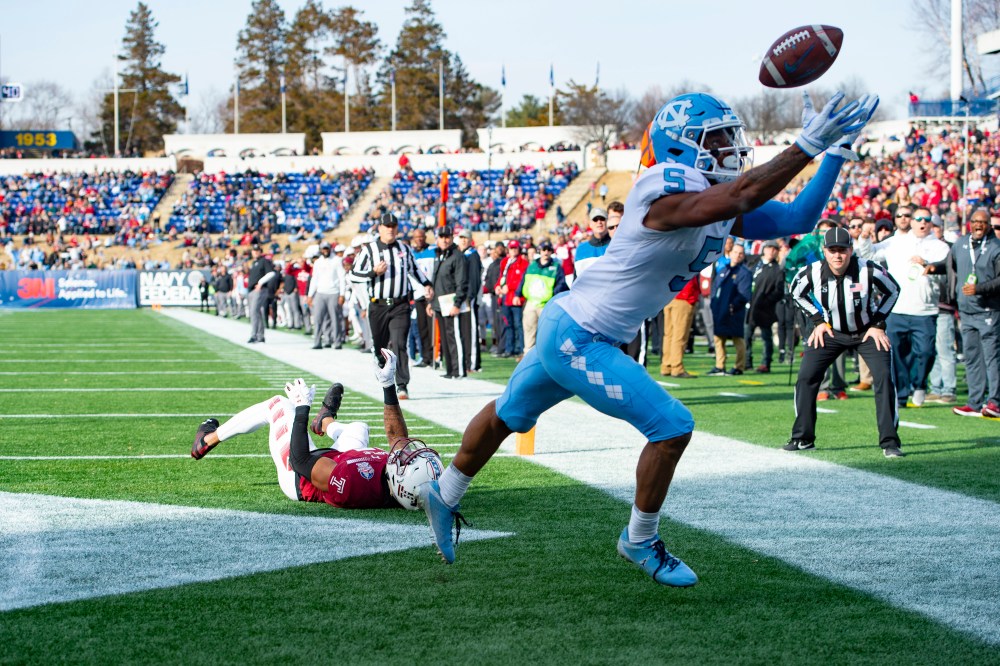