Bears fans are done with head coach Matt Nagy after four seasons in Chicago, and they’re making it known with “Fire Nagy” chants that have taken over different sporting venues.

After Sunday’s loss to the Ravens — the Bears’ fifth straight — fans at Soldier Field were chanting “Fire Nagy” after the game. That then carried over into Monday’s Bulls game, where fans started a “Fire Nagy” chant as the Bulls were getting blown out.

Those chants were also overheard at a high school football playoff game, which featured Lake Forest vs. Cary-Grove. The Cary-Grove student section was heard chanting “Fire Nagy,” who was likely in attendance as his son plays for Lake Forest.

The response caused quite the reaction from Bears fans, who weren’t okay with the chants following Nagy when he was trying to support his son at his football game.

Cary-Grove’s principal Neil Lesinski released a statement about those chants, where he called it “not acceptable nor appropriate” and said the administration addressed it after the game.

“I want to assure our community that the chant was not acceptable nor appropriate and was immediately addressed by administration at the game,” Lesinski said in a statement. “We also felt it was important to meet with our student superfans that lead our chants and cheers to talk about what happened and give them an opportunity to reflect and correct their actions.”

Below is a statement regarding the recent Cary-Grove vs. Lake Forest 6A high school football game: pic.twitter.com/cUjUfJduDk

Here’s video of the chants late in the fourth quarter of Saturday’s game between Lake Forest and Cary-Grove.

Pulled this from NFHS. Was late in 4th quarter. pic.twitter.com/RRQHDV4gOf 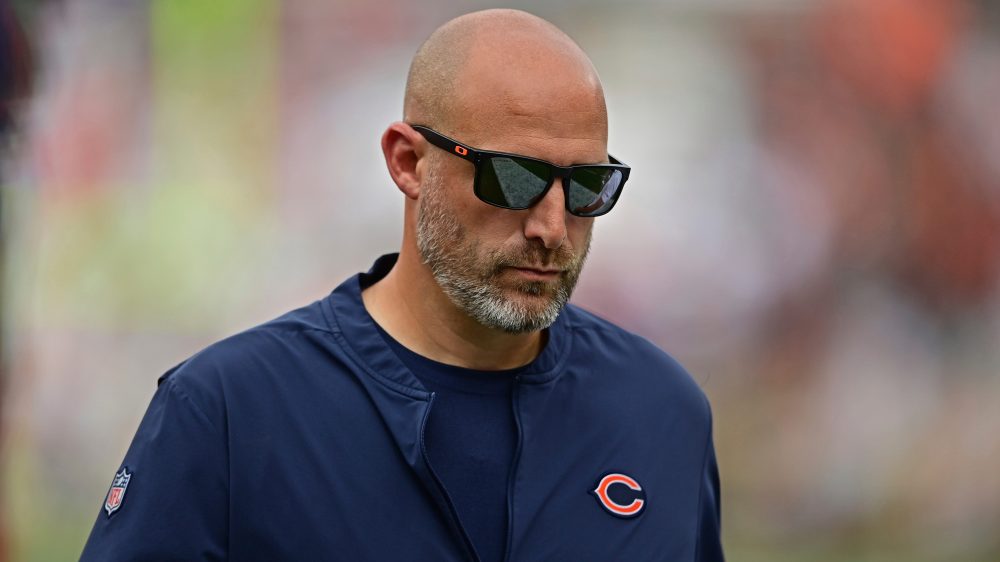