Bears running back David Montgomery is one of the NFL’s most underrated players. But it seems like he’s garnering respect from his peers.

Montgomery has clocked in at No. 98 on NFL Network’s Top 100 Players of 2022. It’s Montgomery’s first time appearing on the Top 100 but hopefully not the last.

Montgomery has been the primary back since being drafted by the Bears back in 2019, which included logging his first 1,000-yard rushing season in 2020. He was on pace for his second straight 1,000-yard campaign before being sidelined for four games with a knee injury. Montgomery finished his 2021 season with 225 carries for 849 yards (3.8 YPC) and seven touchdowns.

Montgomery will once again be the featured back in Luke Getsy’s offense, which will be a run-heavy scheme. But Montgomery will be sharing the workload with Khalil Herbert and possibly Trestan Ebner, similar to what we’ve seen in Green Bay with Aaron Jones and A.J. Dillon.

Montgomery is in the final year of his rookie deal, but he’s not worried about a contract extension right now. We’ll see if he factors into the Bears’ future plans.

But for now, it’s good to see Montgomery get the respect he deserves. 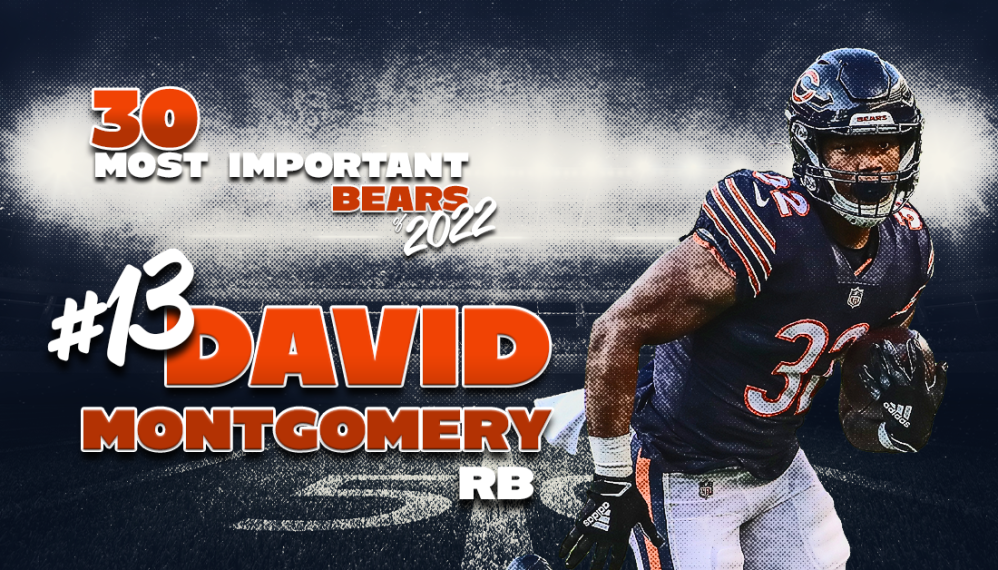