The start to Bears quarterback Justin Fields’ rookie season hasn’t gone the way many expected or would’ve hoped. It’s been full of expected rookie bumps and some other struggles brought on by Matt Nagy and co.

But Fields finally had his mini-breakout game Sunday against the 49ers, where he was poised, confident and decisive whether he was throwing or running. Fields’ special skillset was on display, and it’s hard not to walk away from that 49ers game excited about Fields’ future.

Fields totaled 278 yards against the 49ers defense. He completed 70 percent of his passes for 175 yards with a touchdown and late-game interception that went off Darnell Mooney’s hands. Fields also had 103 yards on 10 carries, becoming the first Bears quarterback to rush for 100 yards since Bobby Douglass in 1973.

It’s hardly a coincidence that Fields’ best performance to date — and the offense’s progress — came with head coach Matt Nagy watching the game from home as he recovers from COVID-19. Offensive coordinator Bill Lazor called a game that catered to Fields’ strengths, which included designed quarterback rollouts, designed runs and plenty of play action.

It’ll be interesting to see whether that continues next Monday night against the Steelers, where Nagy likely will return to the sideline.

Bears report card: How we graded Chicago in their Week 8 loss 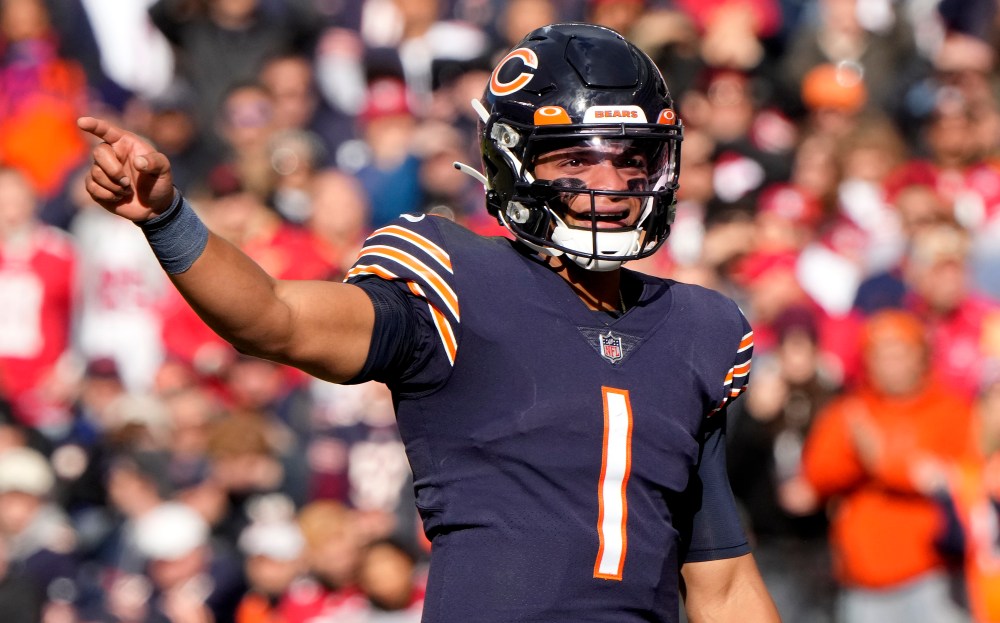