The Chicago Bears have officially signed wide receiver Breshad Perriman, the team announced Monday. The signing was first reported last Wednesday, but it wasn’t made official until now.

Perriman adds even more speed to Chicago’s speedy wide receivers room, running a 4.25 second 40-yard dash in the combine in 2015. He projects to serve as the team’s WR4 behind Allen Robinson, Darnell Mooney, Marquise Goodwin and Damiere Byrd.

Last season, Perriman caught 30 passes for 505 yards and three touchdowns with the New York Jets. Earlier this offseason, he signed with the Detroit Lions but was released last week.

The Bears have also waived linebacker Josh Woods to make room for Perriman on the 53-man roster, which now leaves the Bears with five inside linebackers on the roster.

With Danny Trevathan on injured reserve for at least the first three weeks, it’s Roquan Smith, Alec Ogletree, Christian Jones, Joel Iyiegbuniwe and Caleb Johnson at inside linebacker for Chicago. 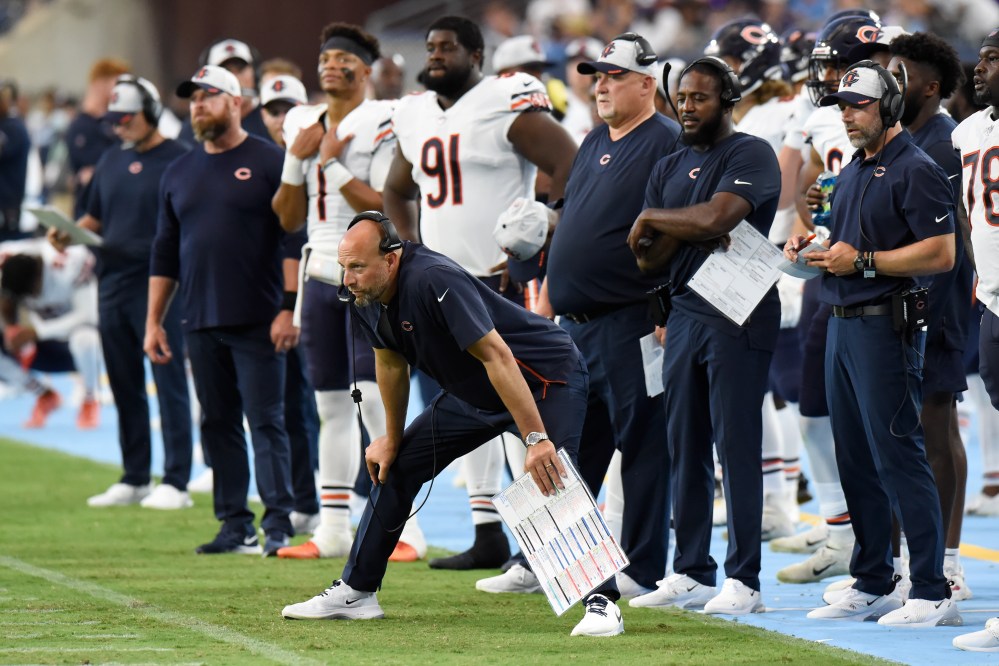