Earlier today, former Chicago Sun-Times journalist Mark Konkol reported that Thanksgiving will mark Matt Nagy‘s final game as head coach (via Patch.com). For his part, Nagy says “that is not accurate,” (Twitter link via Kevin Fishbain of The Athletic). 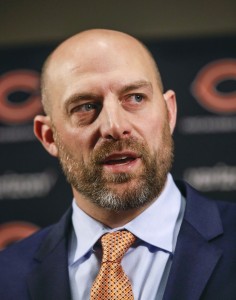 “My focus is on these players and Detroit, and that’s it,” Nagy said (via ESPN.com’s Kevin Seifert). “That’s my job as a head coach and a leader, is to do that. These players have been amazing. They’ve been great. You have this quick turnaround after a loss like [Sunday’s to the Ravens], and now here you go. The only thing we can do is focus on the now and do everything we can. Thursday is going to be here quickly.”

Still, Nagy says that he has not received any assurances from owner George McCaskey or GM Ryan Pace this week. Left to fend off the rumors by himself, Nagy claims that he won’t be distracted by the speculation.

“We all have our own decisions as to how we do things, and I think this whole entire time, for me and for ownership, we’ve had great communication..[We’re] focused on Detroit. That’s what it is,” said the head coach.

After dropping five straight, the Bears are 3-7 and en route to a lost season. It’s a sharp drop from Nagy’s first 12-4 season at the helm, or even his back-to-back 8-8 campaigns. Assuming no decision has been made yet, a win on Thursday could help cool down the hot seat. On that note, Nagy also confirmed that the Bears will start Andy Dalton while Justin Fields recovers from his rib injury.