There’s no question that the Chicago Bears will be in the market for a quarterback in the 2021 NFL draft. Every action this offseason — from inquiring about trading for a number of quarterbacks to their aggressive pursuit in trying to trade for Russell Wilson to settling on signing Andy Dalton — indicates as much.

The only question is which round general manager Ryan Pace ultimately decides to pull the trigger for just the second time in his seven-year tenure. Because assuming that Pace does in fact draft a quarterback — as he should — this weekend, it will be just the second quarterback he’s drafted.

While there are many hoping that Pace decides to explore trading up in the first round if someone like Justin Fields or Trey Lance drops to No. 8, there’s also a good possibility that they could settle for a developmental prospect on Day 2.

That’s what reports indicated earlier this offseason as Dan Wiederer of the Chicago Tribune reported that the Bears were “doing their homework” on Day 2 quarterbacks like Florida’s Kyle Trask and Texas A&M’s Kellen Mond.

Three quarterbacks likely will get drafted in Rounds 2 and 3, and a handful of teams have done extra legwork on them — a list that includes the #Bears, #Vikings, #Saints and #Bucs. @gmfb @nflnetwork pic.twitter.com/CcPhUOVI1U

The Bears have been scouring for a franchise QB for generations. With Andy Dalton slated to be the starter and none of the top five signal-callers expected to slip to them at No. 20 overall in the first round, grabbing a quarterback who might need grooming could be GM Ryan Pace’s best option.

Given everything appears to hinge on figuring out the quarterback position, it seems like a foregone conclusion that Chicago will be drafting a quarterback this weekend.

Now, whether that involves trading up in the first round or selecting a developmental prospect remains to be seen. And if we know Pace, he usually does the opposite of what’s out in the media. 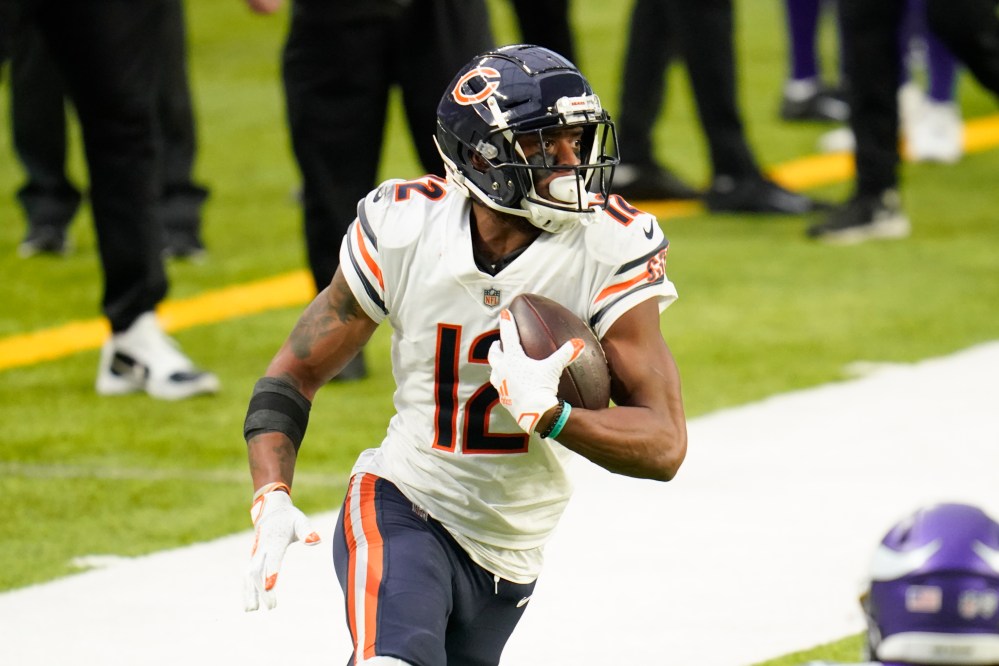