The 2022 NFL draft wrapped over a week ago, but there are already some looking ahead of the 2023 draft. For the Chicago Bears, that means being in possession of a first-round pick for just the second time in the last five years. And depending on how this season transpires, it could be a high pick.

While general manager Ryan Poles didn’t use either of his second-round picks to address the wide receiver position, perhaps the top prospective receiver prospect could garner usage of Chicago’s top selection on a wideout next year.

In The Draft Network‘s way-too-early 2023 mock draft, the Bears do exactly that, landing a playmaker at wide receiver in Ohio State’s Jaxon Smith-Njigba with the seventh overall pick, which reunites quarterback Justin Fields with a former college teammate.

The Bears are a work in progress with notable work left to do in building around Justin Fields. Smith-Njigba overshadowed both of Ohio State’s 2021 first-round picks in Garrett Wilson and Chris Olave.

Smith-Njigba had a breakout year with the Buckeyes in 2021, hauling in 95 receptions for 1,606 yards — both team highs — and nine touchdowns.

Given Fields is in desperate need of weapons, as Darnell Mooney and Velus Jones Jr. will be the only wide receivers under contract in 2023, it would make a ton of sense to use a high pick on potential game-changing receiver for your young quarterback. 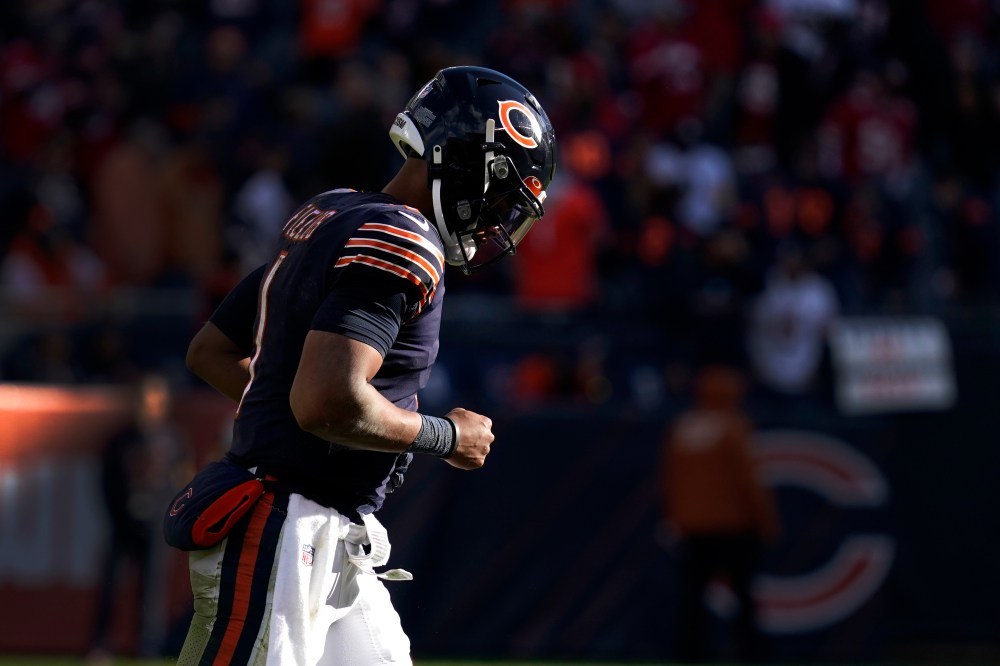