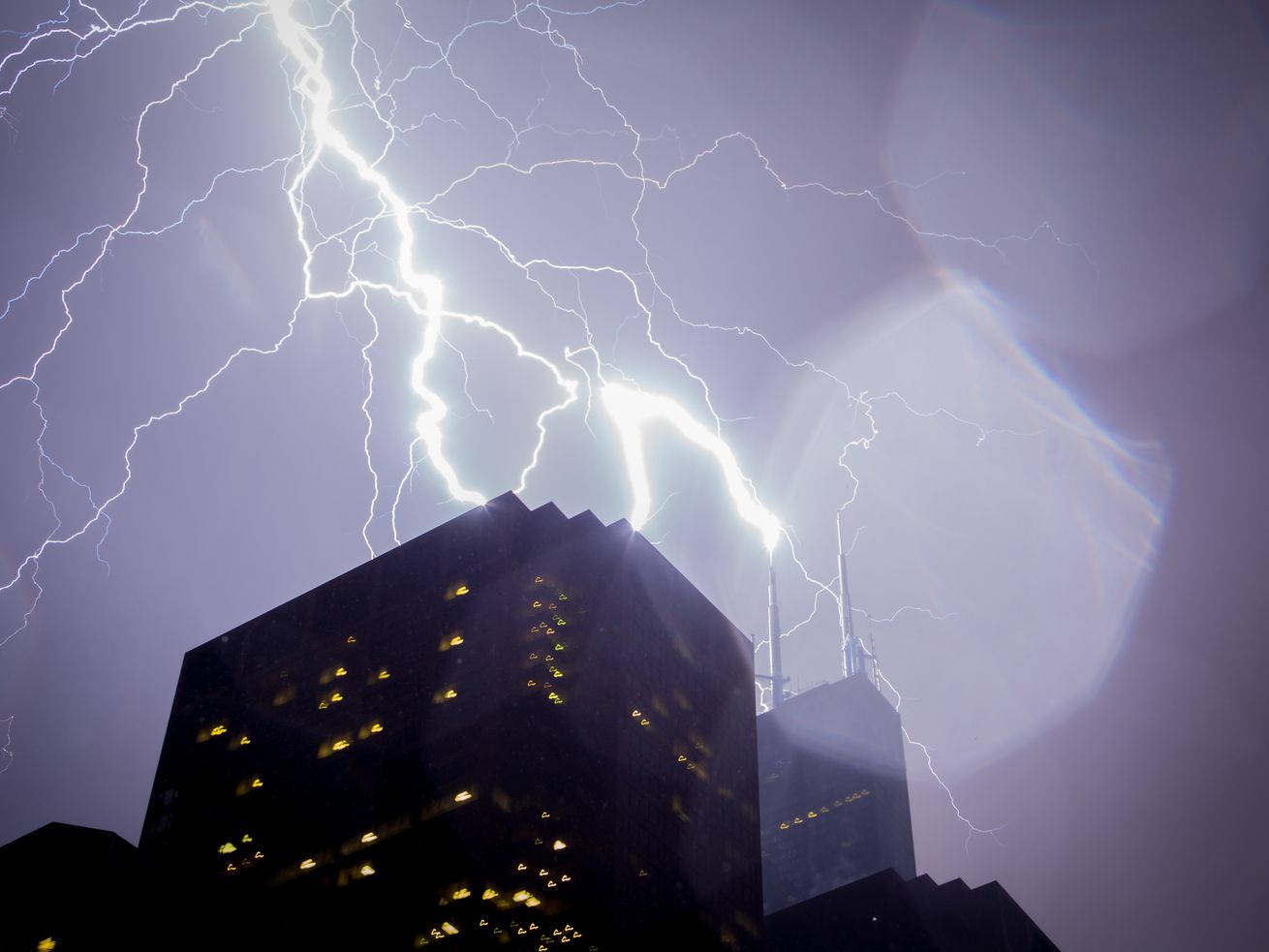 The storms could bring winds up to 60 mph and hail up to the size of golf balls, the National Weather Service said.

Storms that formed over southern Wisconsin started moving into northern Illinois in the mid-morning, according to the National Weather Service.

A severe thunderstorm warning was issued about 11:30 a.m. for an area stretching from DeKalb to Aurora and Oswego, in effect until 12:15 p.m., the weather service said. A tornado warning is also in effect until 12:30 p.m. for the area around rural Lake Holiday.

While scattered storms or showers might affect the Chicago area during the day, more severe storms are expected to re-form in the late afternoon over north central Illinois, northeast Illinois and northwest Indiana, the weather service said. The later storms could bring winds up to 60 mph and hail up to the size of golf balls.

The most severe weather is expected between 6 p.m. and 1 a.m. Friday, the weather service said. There will also be a risk of localized flash-flooding in some areas.

While midday scattered storms are possible, especially in northeast IL, the primary time for storms is late today into tonight. Some may be severe, with a hail and wind threat. Also could be a localized flash flooding threat.

Periodic showers and possible thunderstorms could continue Friday and throughout the weekend, but the weather should clear up in time for a partly sunny Monday, the weather service said.

After a warm and stormy Thursday in the city with a forecast high near 80 degrees, Friday will be cooler with a high in the 50s, the weather service said. Saturday’s high will rise back to 80 with a high of 75 expected Sunday and 62 on Monday.