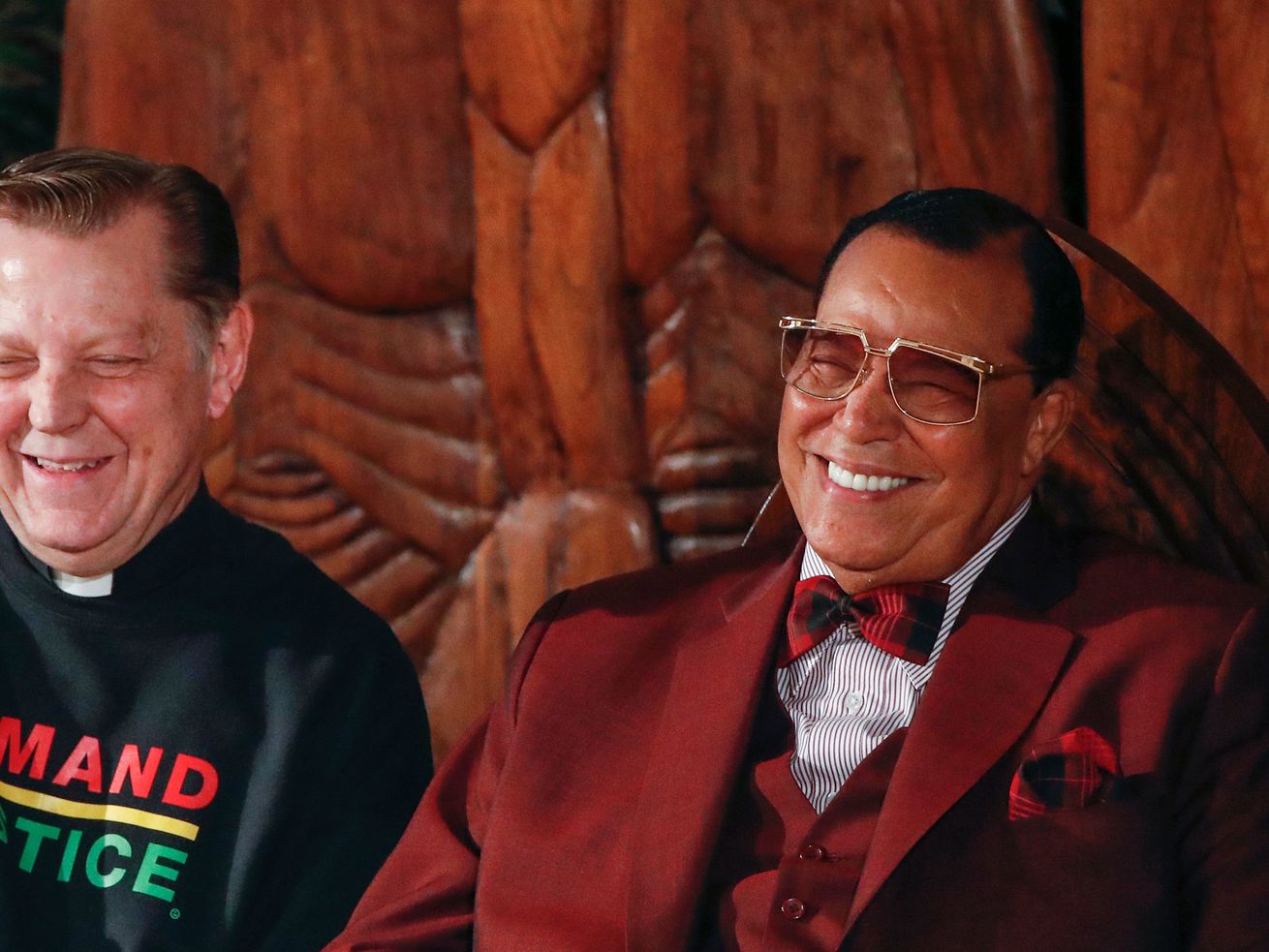 Our community and others targeted by Farrakhan must never turn a blind eye to bigotry or be derailed from building relationships with our African-American, Muslim and Catholic partners.

Father Michael Pfleger’s hosting of Minister Louis Farrakhan at St. Sabina is but the most recent episode of the priest’s long career in the public eye.

Thus, it is surprising that such an experienced media commentator and moral advocate would give such disingenuous responses to what he knew — and hoped — would be a major media event.

There is no other way to characterize the following four Pfleger statements:

Pfleger knows that Facebook didn’t ban only Farrakhan, but several white supremacists too. Surely he knows of Farrakhan’s infamous anti-Semitic assertions: Jews are termites and Satanic; were behind the 9-11 attacks; Allah will punish them; Jews are wicked deceivers of the American people and suck their blood; are sending this nation to hell; Judaism is a gutter religion; and, at the University of Tehran, Farrakhan led chants of “Death to Israel,” “Death to America!”

If ignorance of hate isn’t a defense, then indulging it is the only — indefensible —explanation.

2. “People who label Farrakhan a hater have spent the past week spewing Hate ar (sic) me and at St. Sabina….but I will continue to love, fight for justice and stand with my Brother.”

Irony, Exhibit A: Indulging bigotry against others while refusing to turn the other cheek when criticism comes your way.

Irony, Exhibit B: Rather than condemn Farrakhan calling Jews “Satanic,” Pfleger played the victim card: “…we are in a dangerous time when we can no longer have dialogue without demonizing one another.” And “I have been cursed at, received…hate calls, emails, hateful Facebook postings…It is interesting to me that those who accuse him of hate have been so hateful this past week. Oh, the hypocrisy.”

Oh, the hypocrisy indeed. Pfleger endured several days of reactions from people who, from his very pulpit, were called Satanic. Farrakhan’s been threatening the Lord’s wrath on Jews, Catholics (for those counting, that’s Irony, Exhibit C), other Christians, and LGBTQ persons for decades.

3. In defending Farrakhan, Pfleger cloaked himself in the 1st Amendment: “Too many people struggled and died for the right of free speech and I will continue to struggle to preserve it…This is a free-speech issue….”

But our guarantee of free speech applies to government actions, not those of private entities. Facebook is no more bound to host Farrakhan than Pfleger is to host me at his church. Forcing either private entity — Facebook or the church — to do so would be the constitutional violation.

4. Pfleger quoted Farrakhan’s speech this way: “He [Farrakhan] said there were good Jews and there are bad Jews, true.”

To that, even many of us Jews who too often fall far short of being the type of Jew we strive to be, would agree. And if one wants to describe us as “bad Jews” when we don’t observe all 613 commandments, well, that’s harsh but in a sense, fair.

But Farrakhan didn’t say we are bad; he said we are “Satanic.” Not the same thing. Not by a long shot.

Why then Pfleger’s blatant misrepresentation? Irony, Exhibit D: Farrakhan refers to Jews as the “Arch Deceivers.”

It would take a sorcerer to both “bring people together” and host Farrakhan’s bigotry. Instead, Pfleger’s facilitation, broadcast and endorsement of Farrakhan’s hatred is the city’s most divisive interfaith moment in years.

The closest analogies would be if, in the 1930s, a synagogue had hosted the viciously anti-Catholic KKK. or if Pfleger’s predecessors had invited Father Charles Coughlin’s pro-fascist, anti-Semitic weekly radio show to broadcast to its 30 million listeners from St. Sabina’s then brand-new cathedral.

As our community and others targeted by Farrakhan have come to appreciate, we must simultaneously never turn a blind eye to bigotry and also never allow the Farrakhans and Pflegers in our city to derail us from our ever-deepening relationships with our African-American, Muslim and Catholic partners. Accordingly, the last word should not be from Pfleger or Farrakhan, but from His Eminence, Cardinal Blase Joseph Cupich. Upon learning what was trumpeted at one of his Archdiocesan churches, he responded swiftly and unequivocally: “I apologize to my Jewish brothers and sisters, whose friendship I treasure, from whom I learn so much, and whose covenant with God remains eternal.”

Jay Tcath is the executive vice president of the Jewish Federation of Chicago.