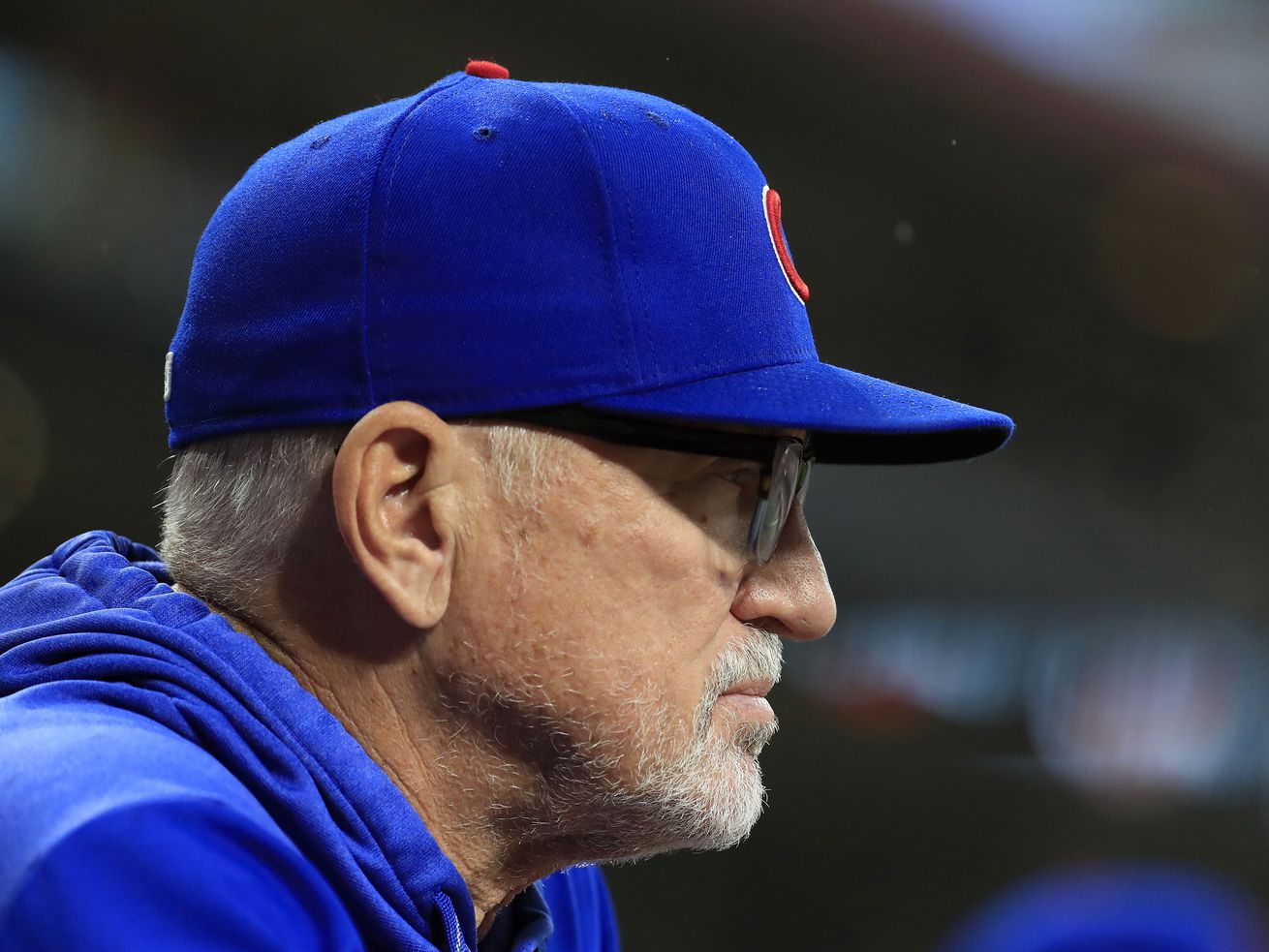 Maybe the Reds’ comeback efforts each of the last two nights – including their walk-off win on Yasiel Puig’s drive off the wall Wednesday – will prove to be aberrations in a long season.

But one thing seemed certain by the time the Cubs boarded the bus on the way out of Cincinnati after a rain-interrupted 4-2 loss Thursday night: There are no soft spots left in the National League Central Division.

Unless you count mud puddles and bogs created by a heavy downpour that lasted more than two innings before the umpires called for the tarp in the sixth inning – right after Quintana’s lone rough inning turned a 2-0 lead into a 3-2 deficit.

Then came back-to-back wild pitches on the mud-sloped mound for the tying run and a Eugenio Suarez single for the go-ahead hit.

Quintana admitted his foot slipped on the first wild pitch and called the conditions “tough,” but added, “It doesn’t excuse two wild pitches.”

So blame it on the weather if you want.

But after the Cubs’ first series against Cincinnati it looks like the last-place Reds – whose losing record belies their healthy plus-31 run differential – aren’t going away anytime soon. And they’re the only team in the division with a losing record.

“I’ve been saying it from the beginning: I think this is the best division in baseball.”

After five series against the four division opponents (two against Milwaukee), the Cubs are 9-6, having won a series each against the Brewers, Cardinals and Pirates and losing one each to the Reds and Brewers.

The Cubs took a quick lead against the Reds’ best pitcher, Castillo, in the first, on a Kris Bryant walk and a two-out double by Javy Baez, followed by a two-run double by Willson Contreras.

After both starters left the game following the 1-hour, 51-minute rain delay in the top of the sixth, Tyler Chatwood gave up another run in the seventh on consecutive singles leading off the inning by Nick Senzel, Votto and Suarez.

Chatwood gave up only the one run despite allowing five hits and two walks in his two innings of work.