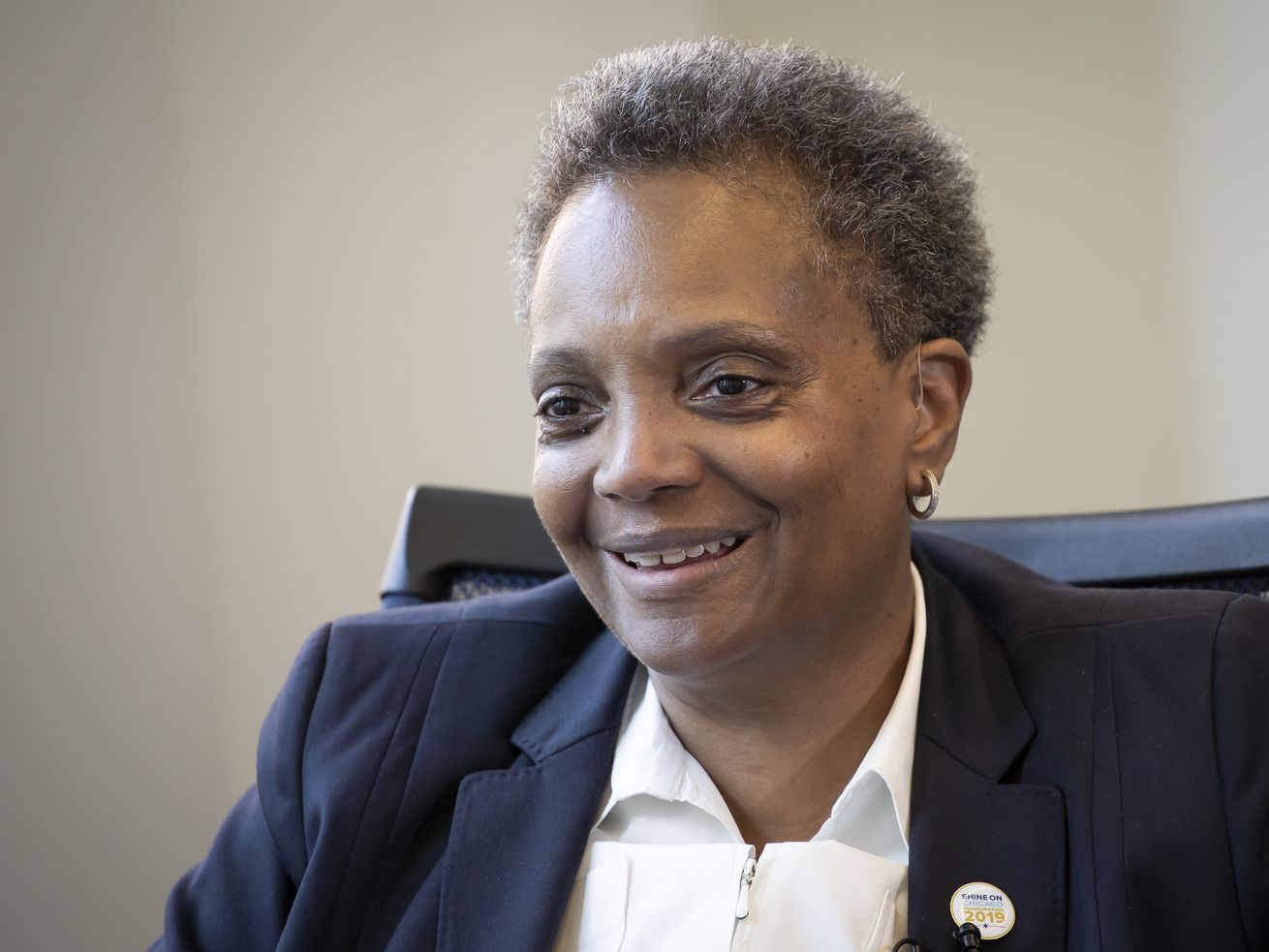 Sources said longtime Budget Committee Chairman Carrie Austin (34th) was notified of her ouster during a personal phone call with Lightfoot that included a discussion of her hiring practices.

On Friday, Austin acknowledged having hired relatives on her committee payroll to serve as interns but made no apologies for it.

She has reportedly been offered the chairmanship of a new committee overseeing equity issues as a consolation prize.

The political version of musical chairs leaves Transportation Committee Chairman Anthony Beale (9th) without a seat at all.

Despite 20 years of seniority, Beale has been dumped as committee chairman, apparently for having the temerity to warn Lightfoot that, if she insisted on pushing Waguespack, whom Beale claimed doesn’t “play well with others,” she might be picking a fight with the new City Council that she cannot win.

Beale refused to comment on Lightfoot’s decision to dump him. Ald. Howard Brookins (21st) is Lighfoot’s choice to replace him as transportation chairman.

The always outspoken Austin said she was “hurt” that her offer to be as loyal to Lightfoot as she was to Mayor Rahm Emanuel and former Mayor Richard M. Daley was apparently disregarded.

Austin supported Toni Preckwinkle in the mayoral runoff April 2. She was on the stage at the Harold Washington Cultural Center when Congressman Bobby Rush warned during a March 22 campaign rally for Preckwinkle that the “blood of the next young black man or black woman” killed by police would be on the hands of Lightfoot supporters if the former police board president was elected mayor.

Earlier this week, Lightfoot said there was a “group shot of that stage” and that Austin is “in it — as are a number of other people. They’re gonna have to give account for their behavior.”

On Friday, Austin fired back.

“How do you hold another person accountable for what someone else said? You can’t. I didn’t say it. How come I’ve got to be the one doing the denouncing? I think I did. I think I said that was despicable,” Austin said.

“What am I supposed to do — stand up on the stage and say that? No, I do not. I’m not gonna allow somebody to hold me accountable for what somebody else says. That would be like her telling me that I’m accountable for what Trump says. Can I say the same thing about her — that she’s a Republican?”

During a news conference Friday to unveil her transition report, Lightfoot was asked whether seniority was a factor in her City Council lineup.

“Yes and no,” she said with a smile, in a remark that turned out to be an understatement.

Going forward, she promised to be “much more transparent about committee budgets, who the employees are, what their actual roles and responsibilities are.”

“What I’ve said to every committee chair that we’ve identified is there will no longer be nepotism. You will no longer be hiring your friends and relatives and supervising them and putting them on the city payroll,” she said.

If Austin accepts the new committee, there could be as many as eight African American committee chairmen. In addition to Dowell and Brookins, that includes Ald. Michael Scott (24th) as education chairman, Ald. Roderick Sawyer as chairman of a Committee on Health and Human Services. Ald. Chris Taliaferro (29th), a former Chicago police officer, will replace veteran Ald. Ariel Reboyras (30th), as public safety chairman.

The Committee on Workforce Development previously held by Emanuel’s floor leader will be chaired by Ald. Susan Sadlowski-Garza (10th). Aviation Committee Chairman Matt O’Shea (19th), who delivered the biggest vote total in the city for Lightfoot, will be retained. Ald. Nick Sposato (38th), who also provided a key endorsement, will chair the Special Events Committee while Ald. Harry Osterman (48th) gets the housing chair.

Villegas, who is entering just his second term, is a surprise choice to marshal the votes for Lightfoot in a City Council that will be asked to approve a budget that’s certain to include yet another round of painful tax increases and spending cuts.

But he argued that he has built relationships with his fellow aldermen that position him well for the difficult task.

“As long as she keeps an open line of communication, it’s attainable,” Villegas told the Chicago Sun-Times. “But it’s gonna be about trust and the council and the mayor feeling each other out.”

The decision to reward Waguespack with the finance chairmanship that was Ald. Edward Burke’s primary power base for decades is not a surprise.

Earlier this week, Lightfoot described Waguespack as “able, smart” and “the kind of person that we want as a public servant.”

She also expressed absolute confidence that she would have a “good working majority” in the City Council that will be able to deliver her handpicked lineup whether or not Waguespack is voted Mr. Congeniality.

“He’s the only one of the aldermen who actually supported me before Feb. 26, and I’m not gonna forget that,” Lightfoot said then.

“It is worth something because he showed courage. He got a huge amount of pressure and blowback — not only from aldermanic colleagues, but also from powerful union interests. But he stood up and did what he thought was right and, of course, I’m always gonna be grateful for his loyalty.”