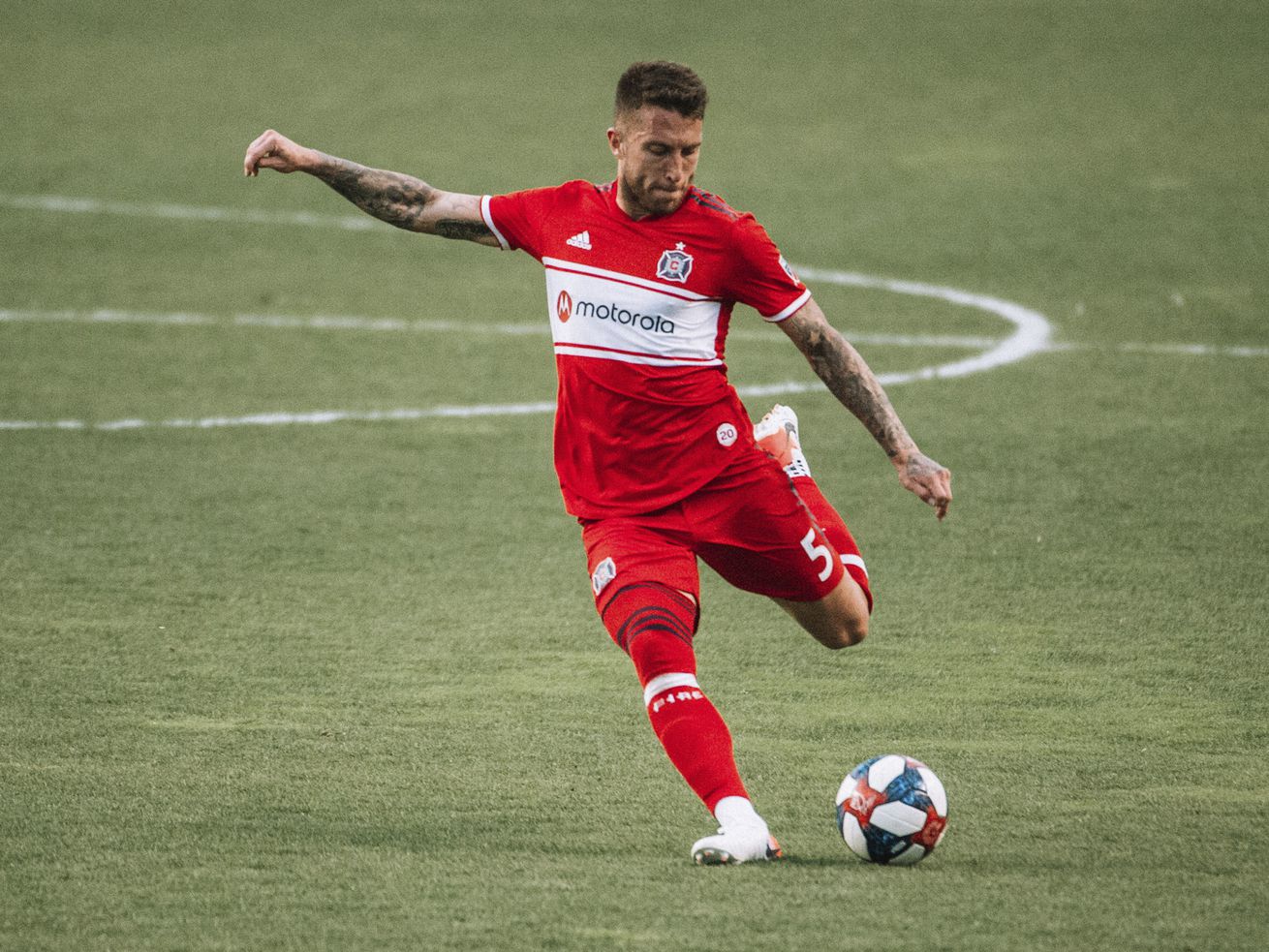 Now with the Fire, who play Saturday at San Jose (3-6-2, 11 points), Calvo is looking ahead to what he can contribute.

Defender Francisco Calvo started the season as Minnesota United’s captain. By May 3, he was out of the team’s plans and shipped to the Fire for allocation money.

And despite spending over two seasons with Minnesota, Calvo doesn’t want to spend much more time discussing his former club and everything that led to his exit.

“I had a great two years over there and for a couple of things, my move to Chicago happened. But that’s the past,” Calvo said. “I don’t want to talk any more about Minnesota. I appreciated the time there. Now I’m here.”

Calvo’s run in Minnesota ended suddenly. His second yellow card in an April 19 game at Toronto FC turned out to be his last action for the club, as he served a suspension in the next game and wasn’t named to the gameday 18 in the following match.

Then he was sent to the Fire (4-4-4, 16 points), who were looking for Calvo to add talent and depth to a group of defenders that was struggling at the time.

“We think that with Francisco Calvo, that’s a big help,” Fire president and general manager Nelson Rodriguez said during a May 8 media roundtable. “We wanted to increase our competitive level in the back line.”

Now with the Fire, who play Saturday at San Jose (3-6-2, 11 points), Calvo is looking ahead to what he can contribute to a team playing its best soccer in two years. And it doesn’t hurt that he’s started his time with the Fire playing centrally next to Bastian Schweinsteiger, instead of left back where he ended his time with Minnesota.

After the Fire’s win Saturday over his former team, Calvo was clear about where he prefers to play.

Speaking to the Sun-Times, Calvo explained why. He said he’s not as much of an attacking player, which would make him a better fit for the middle than the left, which can be an offensive-minded position.

But it’s possible Calvo could still play some on the left. Coach Veljko Paunovic likes versatile players who can move around, and Rodriguez said at the roundtable that Calvo’s “versatility to be able to play left back is a help.”

Everything is going well for Calvo and the Fire. In his two starts, the Fire have allowed no goals and outscored their opponents 7-0. He is clicking with Paunovic and his style of soccer, and Calvo said he wants to show what he is as a player.

“I think I’m going to love the club,” Calvo said. “I’m going to try to help the club, first of all, this year to go to the playoffs and then see what happens.”