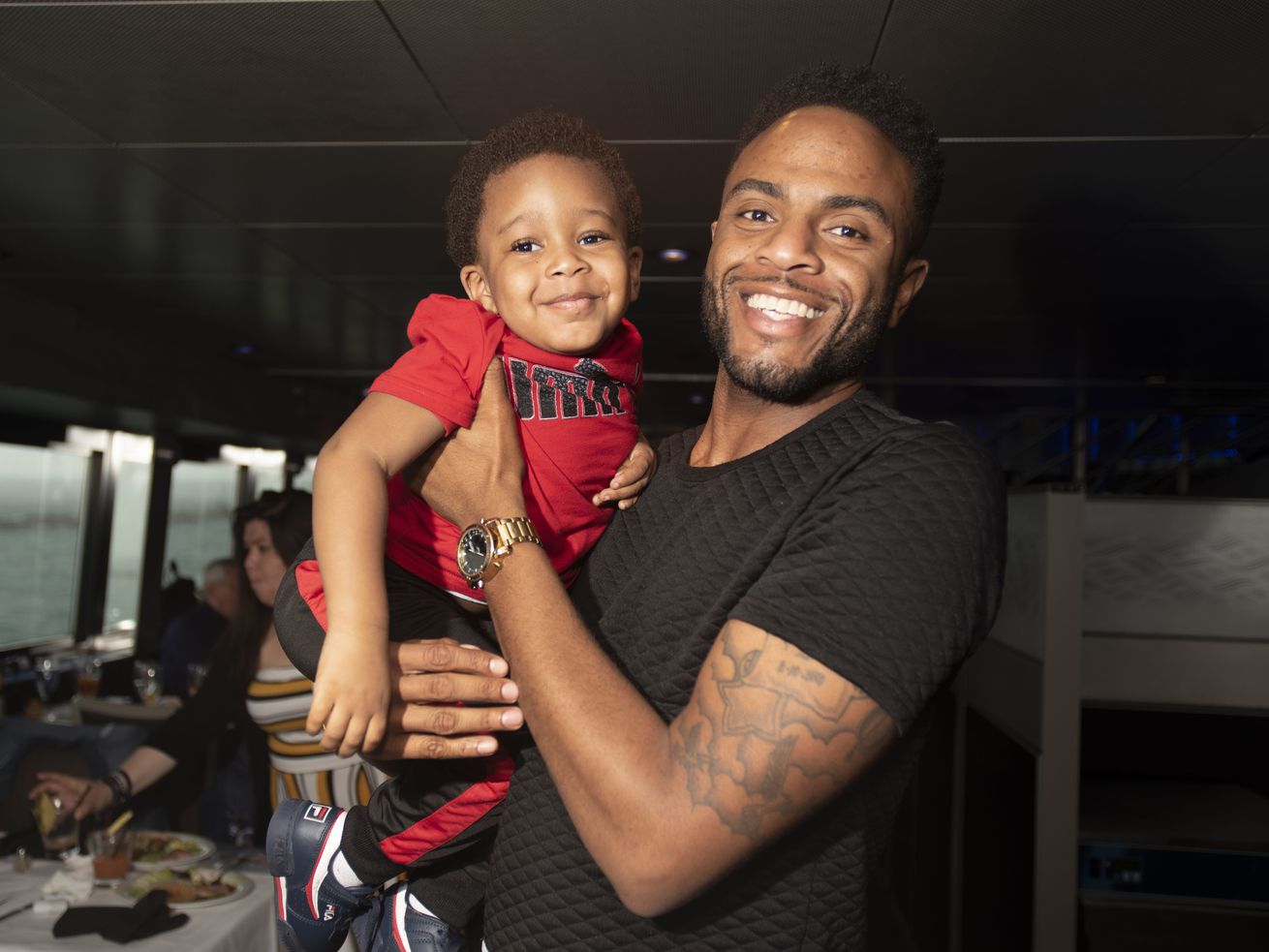 It’s known as the greatest club that no one ever wants to be a member of.

Because to join the Gold Star Family you need to be related to a Chicago officer who died as a result of performing police duties.

On Sunday, 163 members boarded a cruise ship for an annual two-hour voyage on Lake Michigan that included lunch, drinks and dancing.

The venue was especially heartrending for the newest member of the club, Crystal Jimenez, 28, whose husband, Samuel Jimenez, also 28, died a hero six months ago when he rushed into Mercy Hospital to confront a gunman and interrupt a mass shooting that could have been much worse.

The couple, then high school sweethearts dressed to the nines, attended a celebration on the same cruise ship 10 years ago when they graduated from Foreman College and Career Academy on the Northwest Side.

On Sunday, Crystal cradled one of her three children, who was sick, as she talked about her struggles.

She spoke of the dozens of other Gold Star family members who’ve reached out to say they’re around if she needs anything.

”They know exactly what we’re going through. It’s comforting,” she said.

The cruise was organized by the Police Chaplain’s Ministry and was free to attendees.

”It’s something we’ve done for more than 20 years to give folks who have this terrible thing in common a chance to come together and be happy for a change,” said Rev. Dan Brandt, a Catholic priest and director of the ministry.

Sandra Wortham, also attended the cruise. Her older brother, Officer Thomas Wortham IV, was fatally shot in 2010 at the age of 30.

”You gain friends, you gain a support system, and that’s really a special thing,” Wortham said, noting that she has about 10 Gold Star members programmed into her phone.

The underlying source of their kinship is comforting, but she’ll hit one up for something as mundane as: “Hey, girl, what’s a good sushi place?” said Wortham, 35, an attorney.

”You’ll know another family has gone through something similar and survived. I think that’s the important thing … you have to keep living. You try not to let that incident define the rest of your life, but you do want to make sure that you remember.”

There are 583 police officers who have died performing their duties dating back nearly 200 years, according to the Chicago Police Memorial Foundation.

George Burns was a Chicago cop who died in a shooting in 1919. His grandson, Terry Burns, 75, attended the cruise with several of his own grandkids.

Another member whose great-great-great-grandfather, Francis Williams, was killed in the line of duty in 1891, wanted to come but, at the last minute, couldn’t make it, said event organizer Becky Rebich.

”She got food poisoning last night in Chinatown and couldn’t make it,” Rebich said.