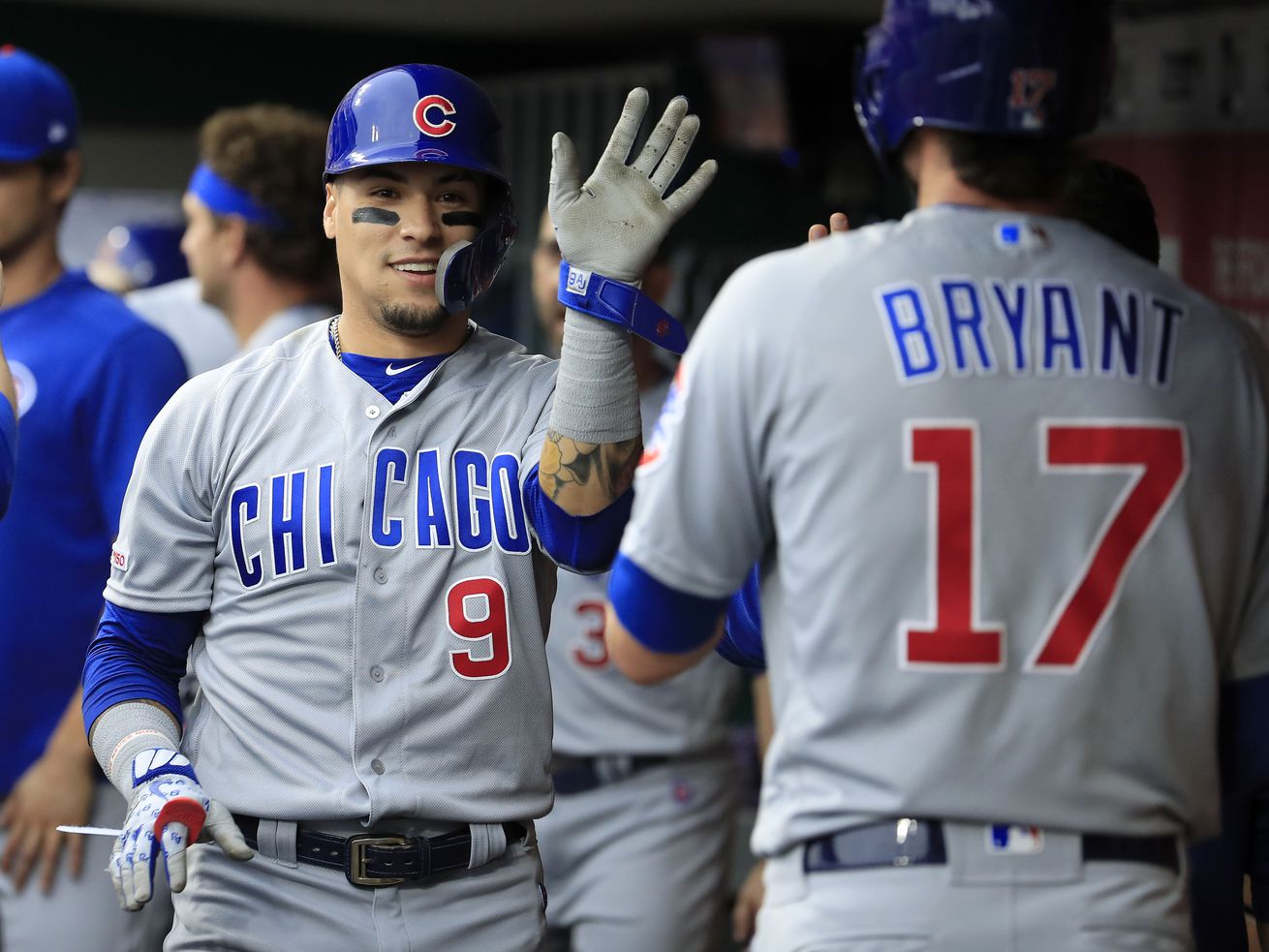 Even with Thursday’s 4-2 loss to Reds, Cubs reach quarter mark of season in first place.

CINCINNATI — Just about the time the Cubs crossed the exact quarter mark of their season Thursday at Great American Ball Park, a heavy rain forced the umpiring crew to call for the tarp.

It took 1 hour, 51 minutes for the season to resume.

The sequence just about summed up the first six weeks of a season that already has been filled with more angst, stress, ups, downs and drama than most teams experience in any two seasons.

But as first baseman Anthony Rizzo said, ‘‘We’re where we need to be.’’

And Rizzo hasn’t even played the last four games because of a sore back.

Maybe it’s no coincidence the last time the Cubs were in first place and had a record as good as 25-16 at this point in the season was during their World Series championship season in 2016.

But the Cubs have managed to weather enough of the baseball storms, off-field storms and actual storms to carry the lead in the stacked National League Central heading into their weekend series in Washington.

The hope is that Rizzo returns to the lineup for the series opener Friday against Nationals ace Max Scherzer.

Regardless, this is a team that is on a 23-9 run even after losing 4-2 to the Reds — and losing a series for the first time since their opening road trip of the season.

‘‘Everything combined — the end of last season, the offseason and this first month,’’ manager Joe Maddon said, referring also to the NL Central tiebreaker and wild-card losses to end last season, followed by a budget-tapped, do-little winter. ‘‘A combination of all that, then getting off to a slow [1-6] start, rebounding, weather-related issues — everything about it has not been easy. Very difficult. I’m really proud of how our guys have fought through the baseball adversity.’’

Maddon didn’t even mention utility player Ben Zobrist’s leave to take care of matters related to his pending divorce. Or infielder Addison Russell’s domestic-violence suspension that led to media brushfires after he returned to the team. Or incidents of racist fan behavior targeting reliever Carl Edwards Jr. in April, then last week when Doug Glanville was on the air during a broadcast.

To be sure, the bullpen will remain a question mark until or unless the Cubs add enough answers at the end of the game between now and the trade deadline in July.

And the rotation’s 3.19 ERA is second in the NL to the Dodgers’ 3.17. That includes ace Jon Lester returning from a hamstring injury with a vengeance. He has a 1.16 ERA that only misses leading the majors by the 2„ innings he’s short of qualifying for the leaderboard.

‘‘Our guys have done a really nice job of turning to the foundation when pushed early by that trip, and we’ve played pretty darn good baseball,’’ Epstein said. ‘‘But we’re entering a tough part of the schedule now.’’

They’re three days into a stretch of 33 games in 34 days, including 17 against contenders such as the Phillies, Astros, Cardinals and Dodgers.

‘‘The next month will be a great test for us,’’ Epstein said.