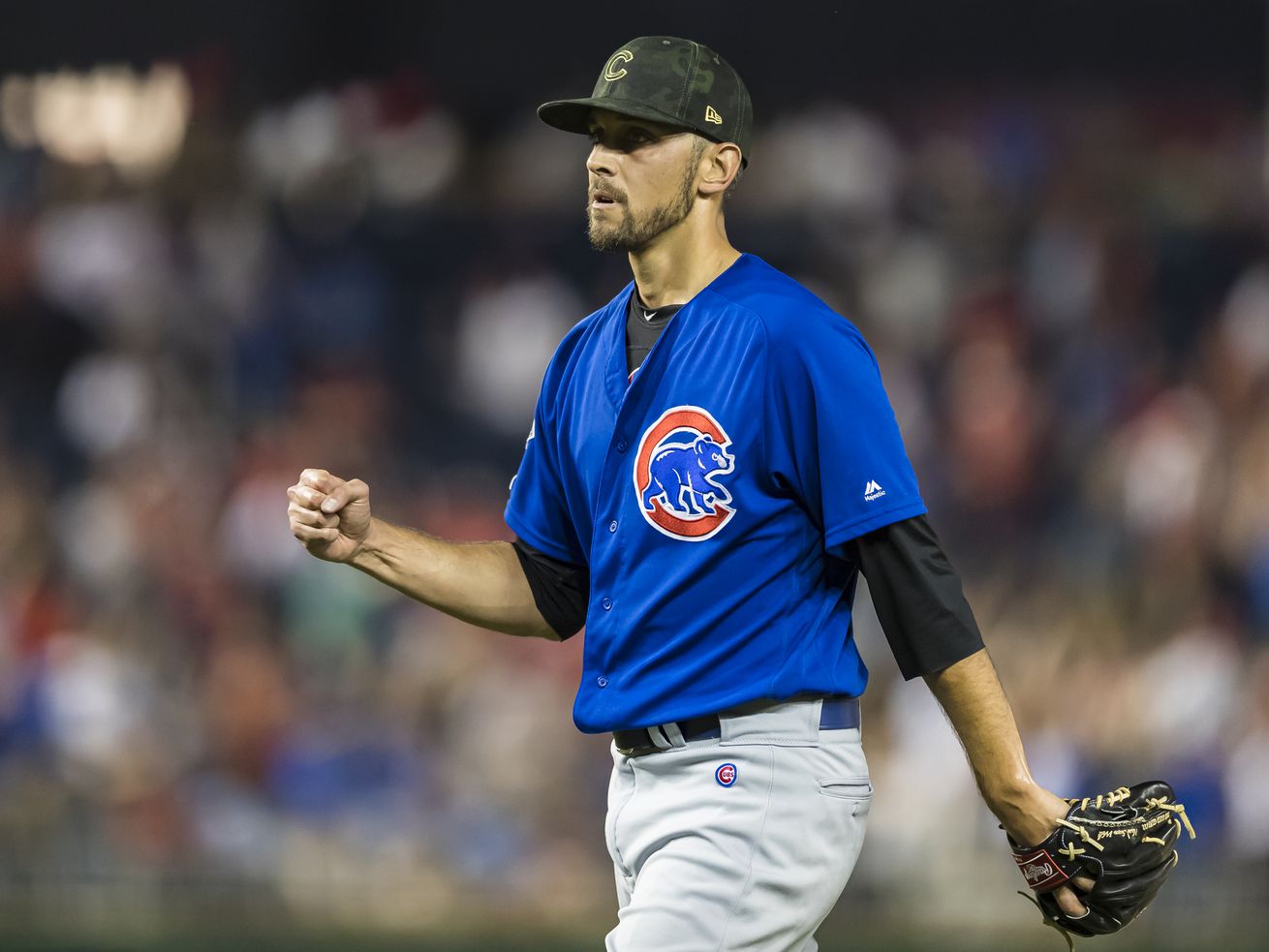 Javy Baez appeared a avoid serious injury on a third-inning play, and the Cubs went on to finish a 3-3 road trip

WASHINGTON – A rare, sudden lapse by Kyle Hendricks midgame. An injury scare to early season MVP candidate Javy Baez. And a one-run lead to protect for two innings with no closer.

Welcome to Sunday night baseball for the Cubs, who survived the schedule, the scare and the late innings to beat the Nationals 6-5 for a road series win to salvage a 3-3 finish to a two-city trip.

“I’m good,” Baez said before reporters could ask the first question about his bruised right heel after the game. “It all depends how it goes tonight. I want to play tomorrow, and [manager Joe Maddon] is going to decide what’s going to happen, if I play or if he gives me a day. I hope I don’t need it. I’ll be playing tomorrow. Hopefully.”

Baez was hurt on the final step as he charged a slow roller and threw for a close out in the third inning. He played three more innings – making another similar play in the fourth – before the heel area began to stiffen and Maddon took him out.

“Right now I would imagine that he can [play Monday], but I want to double check.”

It was 6-1 at that point – until red-hot starter Kyle Hendricks’ May run of dominance rolled into a three-run sixth after he’d allowed just two earned runs in 30 May innings.

Once the Nats closed it to 6-5 in the seventh, it was all Steve Cishek for a team with no closer – the right-hander retiring seven of the eight he faced for his longest outing since 2012.

“He’s the first guy in line at Dairy Queen, right there,” Maddon said. “That is above and beyond.”

With one run in and a runner on first, Cishek entered to get the final out of the seventh and finished the game.

The last time he went that long in a game was May 4, 2012, when he was 25 and pitching for Miami (three full innings in that one).

“I was happy I had all those guys behind me, that third inning, I started honestly fading a little bit,” Cishek said. “Jokingly I told [the pitching coach] I could go four innings before the game. But good thing that didn’t happen.

“I’ve always said I just want to be able to help the team win in any capacity. Hopefully [closer Brandon] Morrow comes back and I’ll be setting up for him.”

Hendricks, the Cubs’ best starter in May, retired the first 10 batters he faced and 11 of 12 before allowing his first hit and eventually running into trouble after taking a lead of 4-0 in the fifth and 6-1 in the sixth.

“Today it was from the start. I made a lot of bad pitches, even early,” Hendricks said. “Not a good mental approach from the start. I wasn’t attacking as well as I have been the last few games and the fastball command kind of suffered from there. I got away with some bad pitches early and then just couldn’t make the adjustment really, and they capitalized the third time through.”