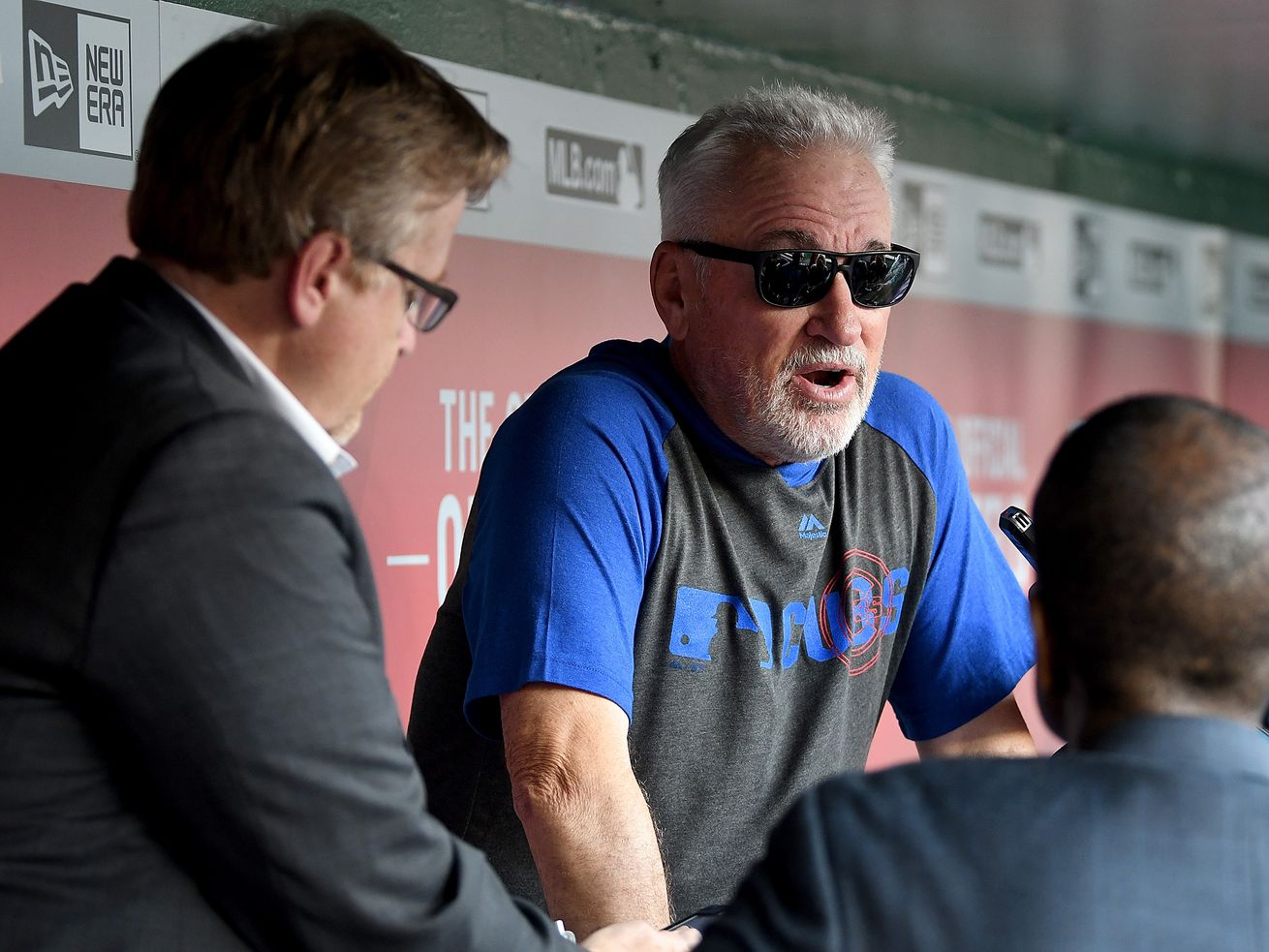 Maddon said he already made his more important point, to protect his pitcher, Carl Edwards Jr., when he argued Saturday

But it may not be the last time the Cubs and other teams deal with the issue this year.

“It’s something down the road that they’re going to have to cognizant of, whether it’s [the Nats], Doolittle himself or the umpire that’s calling the game,” Maddon said Sunday. “It’s an absolute, classical case of Pandora’s Box being opened.”

For the Cubs, the issue centers around Cubs reliever Carl Edwards Jr. being told in March that his hesitation move, which included touching the dirt a second time with his lead foot during his delivery, was illegal.

That was the point of bringing Doolittle’s similar toe touch to the umpire’s attention Saturday night, to defend Edwards, Maddon said, beyond the prospect of any protest they had little or no chance of winning anyway.

“We went through the whole process [Sunday]; our guys in the office spoke to MLB and I talked to Mr. Torre,” Maddon said of Joe Torre, baseball’s lead rules and discipline executive. “The whole thing I wanted to get done was to protect Carl.

“I really didn’t anticipate a whole lot to be done with it even though I still don’t agree with the conclusion because I think it is exactly what Carl did, only a different version of it,” he added. “But the point was I would not be a good parent had I not spoken up for my guy.”

Edwards was confronted for his move March 30 in Texas after Rangers manager Chris Woodward complained, and Edwards was told his move was illegal. Seattle reliever Cory Gearrin was told the same thing about a similar move in a game Monday against Oakland.

Saturday’s home plate ump and crew chief Sam Holbrook ruled Doolittle’s move was legal, however, and Maddon said the league “called that a ‘graze’ as opposed to an actual foot being on the ground.

“But he actually tapped a couple times, too,” Maddon added. “He tapped and he ‘grazed’ and he did whatever. They’re just saying that Carl put his whole foot on the ground and somehow that was different. Semantically speaking, I just couldn’t agree.”

It likely had little impact on a game the Cubs lost 5-2 after Stephen Strasburg pitched eight shutdown innings against them.

But as long as the definitions remain murky, the issue could continue to arise this season in what could be several tightly contested National League races.

Edwards has since abandoned the move and gone back to a more traditional delivery.