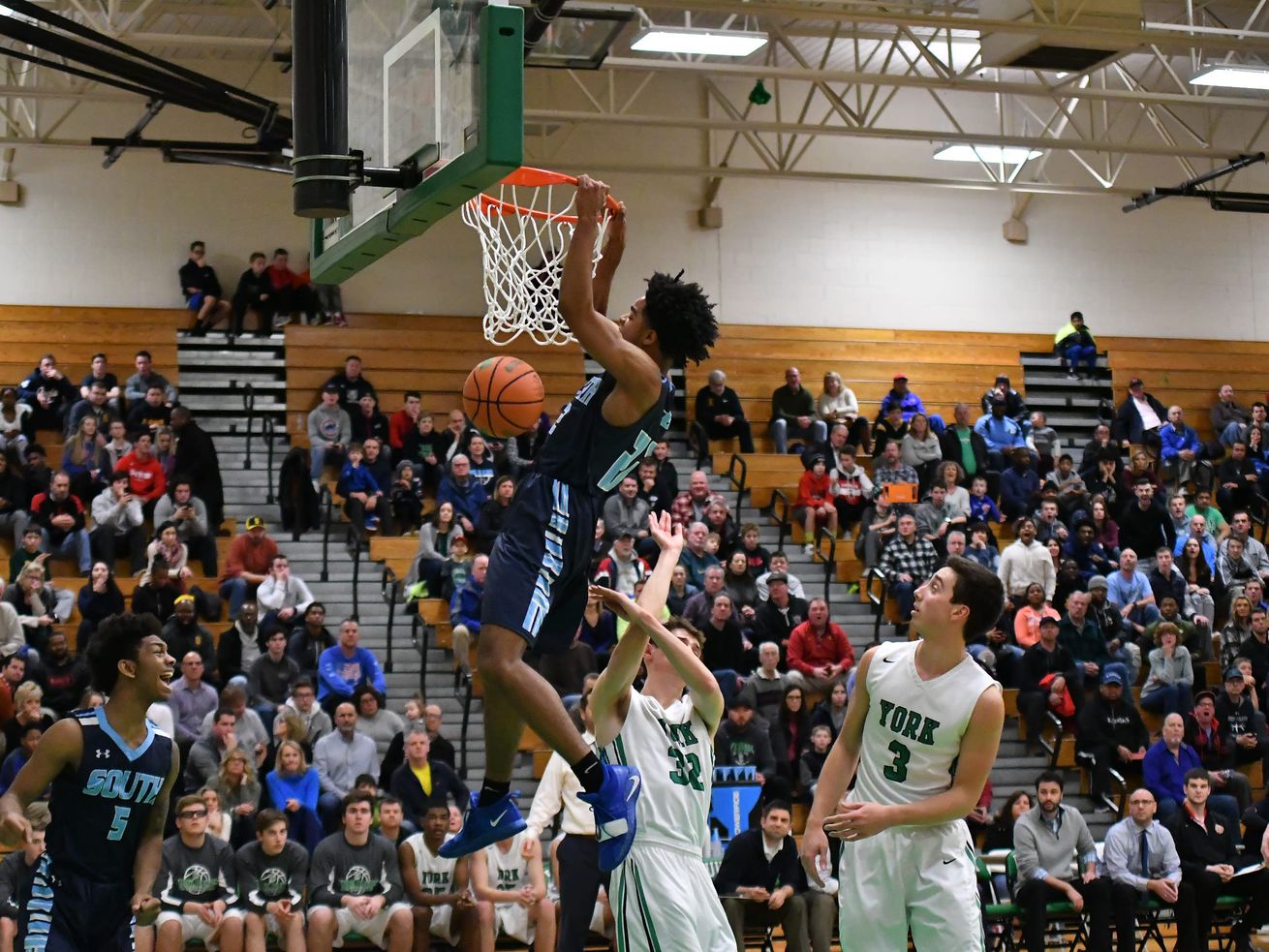 Our recaps of the 2018-19 high school basketball season continue with the Upstate Eight and West Suburban Gold and Silver conferences.

Signature moment: Despite the perception the Upstate Eight Conference was down this season, the league proudly had three teams playing sectional basketball — West Aurora, South Elgin and Glenbard South.

Featured attraction: Vince Miszkiewicz of South Elgin fueled the rise of the Storm and was named the UEC’s Player of the Year. The bouncy 6-7 senior filled a stat sheet all season, averaging 18.9 points and 12.4 rebounds a game while adding 2.9 assists and opening eyes with his dunk and block shots (79 blocks).

Breakout star: West Aurora lost a bundle from its 2017-2018 sectional championship team but was able to repeat in the UEC and win a regional title in 2018-2019 with the help of Kelvin Balfour. The athletic 6-3 junior was the league’s best defender with countless blocks, steals and deflections. Plus, he broke through for 11.2 points, 6.3 rebounds and two assists a game.

Signature moment: It was a rough March for the league. The league champs, Downers Grove South and Proviso East, both were upset in the regional as the higher seed. Thus, finding a true “signature moment” wasn’t easy.

But no other league had every team in its conference so close to the .500 mark. Hinsdale South and Addison Trail were the only teams in the seven-team league without at least a .500 record, and they both finished a respectable 14-16.

With help of perennial power Proviso East, the West Suburban Gold regularly has sectional representation. Only twice in the last 20 years has the conference not produced a regional champ and in eight of those years there were at least two regional champions. This year the conference was uncharacteristically shutout in regional play.

Featured attraction: Downers Grove South’s Justin Eagins was a known commodity within the league, but his senior year production grabbed the attention of those outside the league. The sharpshooting 6-3 scorer improved all of his numbers from a year ago with 17.9 points, 4.6 rebounds and 2.9 assists a game while making 95 three-pointers.

Breakout star: After being brought up midway through his sophomore season, Willowbrook’s Everett Stubblefield put together one heck of a junior season statistically with 19.2 points, 3.1 rebounds and three assists a game.

Signature moment: Regional championship night featured Oak Park and York squaring off for a third time in 2018-2019, along with Downers Grove North winning a regional title. This was a night for West Suburban Silver basketball to celebrate.

Biggest surprise: There was talk surrounding Oak Park, York and Downers Grove North when the season began. There was little to no talk centering around Lyons and Glenbard West, who won 23 and 20 games, respectively.

Featured attraction: The career Evan Taylor of Glenbard West put together was quite impressive, including a senior season in which he averaged 21.7 points, 10.2 rebounds and 3.8 assists a game. The highly-versatile Taylor wrapped up his career as Glenbard West’s all-time leading scorer with 1,479 points.

Breakout star: Erik Cohn of York stepped up with a big senior season as the athletic 6-3 perimeter threat averaged 13.3 points a game. He was a weapon shooting the basketball as he connected on 44 percent from beyond the arc (85 total three-pointers) and helped fuel York’s balanced attack to the tune of 29 wins and a regional championship.