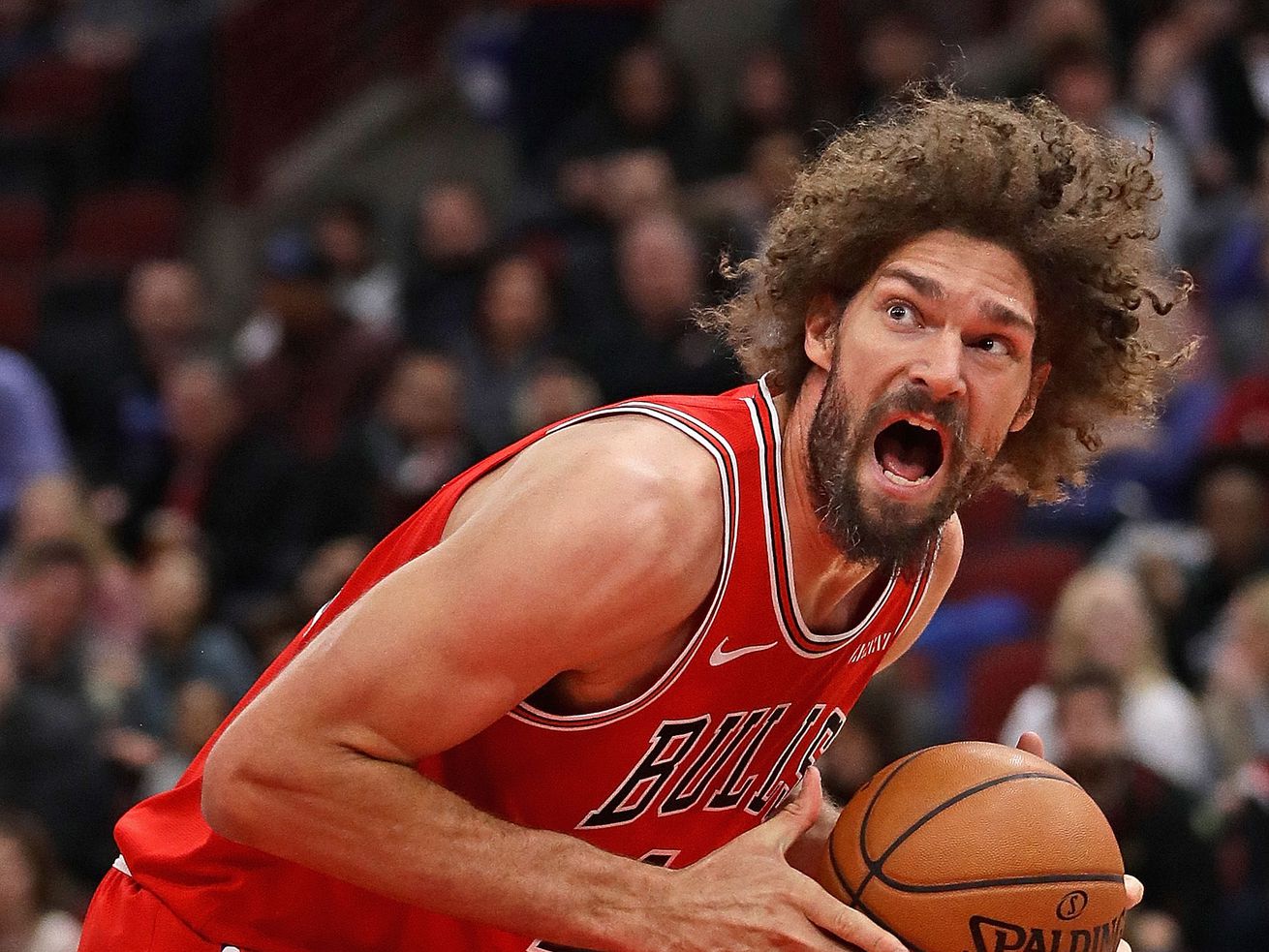 Chat Room: When it comes to interviews, RoLo, who can be entertaining, snarky and thoughtful.

It’s hard to tell whom Robin Lopez prefers to target for cheap shots — NBA mascots or his twin brother, Brook, who’s playing in the Eastern Conference finals for the Bucks.

But one thing isn’t up for debate: When it comes to interviews, Lopez, who can be entertaining, snarky and thoughtful, is one of the best subjects in the business, whether he’s discussing his love for baseball — he checks out as many ballparks as he can each offseason — sci-fi books and movies or the Britney Spears 5×7 he keeps in his locker.

The veteran big man will be a free agent June 30, and unless the Bulls can find some minutes for him, as well as some cash, he’s likely headed elsewhere.

That means huge shoes to fill for the rest of the players in the locker room, but before those decisions have to be made, Lopez was a perfect visitor to the Chat Room.

Has Brook ever stubbed his toe, and you felt it?

RL: “We don’t have ESP, but we do think very similarly. If you present us with an image, I think we would get the same thought out of it.’’

Has a mascot ever actually gotten mad at you because you went too far?

Muppet, your dog, acts and looks very human. Have you ever looked at him and felt he was created on ‘‘The Island of Dr. Moreau’’?

Would you rather be a Jedi, a Darth Sith or a Jedi who eventually turns into a Darth Sith?

RL: “A Jedi definitely . . . well, barring the last two movies, which have turned our heroes into losers who didn’t save the galaxy.’’

Which current NBA player talks the most trash?

Which Bull talks the most trash?

RL: “T-Mobile [Park in Seattle], Oracle [Park in San Francisco] and I’ve got to go with Dodger Stadium for the third. I know the traffic is terrible, but I love it.’’

Favorite baseball player of all time?

Best baseball movie of all time?

Team plane goes down on an island — traveling party included — who is the first person eaten and last survivor?

RL: “The last person surviving . . . I’ve got my money on [trainer] Chip [Schaefer]. Chip is a surprisingly intelligent dude, and I could see him figuring things out and surviving. The first person eaten . . . basically to die? [laughs] I’m guessing the first person eaten, just because it seems like something always happens with him and we make fun of him for it, would be [guard] Rawle [Alkins], just because something always happens. He can’t help it.’’