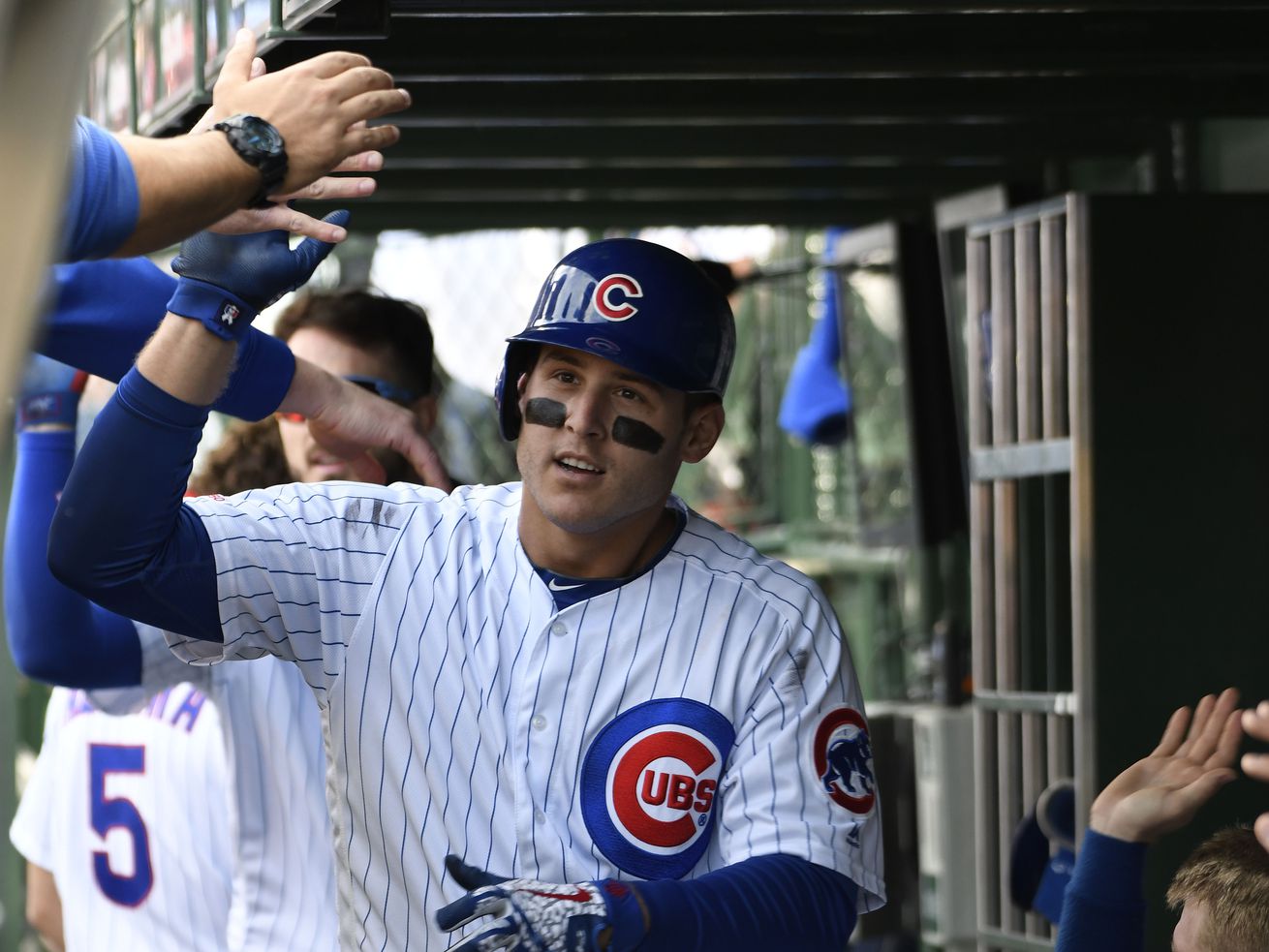 WASHINGTON – Just in time to face the pitching gauntlet of Max Scherzer and Stephen Strasburg in Washington, the Cubs returned No. 3 hitter Anthony Rizzo to the lineup Friday after four games sidelined with back soreness.

“It felt good [Thursday],” Rizzo said. “But it’s just one of those things where it can grab again so giving it that extra day was big. And today feels way better than yesterday. Hopefully, it just continues to keep getting better.”

Manager Joe Maddon said he’ll be cautious with Rizzo for a while.

“I don’t want to push it too hard,” he said. “If he has any ill feelings about anything, I will definitely pull back. But he said he’s good.”

Rizzo, who singled through the right-side shift in his third at-bat against Scherzer on Friday, began feeling tightness in the lower back during the middle of Saturday’s 15-inning game against the Brewers – the last game he had played.

Rizzo has had similar minor back issues each of the past few years.

Maddon had a vote of confidence Friday for his former bench coach Dave Martinez, who by many accounts is on a hot seat early in his second year as Nationals manager.

The Nats entered the series seven games under .500 and in fourth place in the National League East, in part because of injuries and larger part because of the worst bullpen in the majors.

“Before you get all weirded out about Davey, let’s get a bullpen that plays consistently well, and then you can find out what you’ve got,” Maddon said. “Because I’m telling you, man, you can do everything right in a ballgame as a manager, whether it’s pregame [preparation] or during the game. But if you can’t get those outs in the latter part of the game it’s extremely frustrating for everybody.”

Maddon said he thought the Nats were a “perfect” fit for Martinez as a first-time manager.

“Just based on Davey being a veteran player, walking into a veteran group like this,” Maddon said. “They’ve had problems; they’ve had issues; they’ve had injuries. Their bullpen hasn’t been good. Listen, when your bullpen’s not good, it’s hard to look smart.”

Ducks across the pond

Cubs players are “excited” about their series next summer in London against the Cardinals – even beyond the fact it means one fewer trip to St. Louis in 2020.

Said a smiling Kris Bryant (who called St. Louis “boring” during a comedy show at Cubs Convention in January): “I don’t have much comment on that.”

Neither he nor Rizzo have been to London.

“It’s going to be fun for all of us, on both teams,” Bryant said. “I know MLB’s been talking about expanding where we’re playing, and I think London’s a great place to start. … I’ve heard nothing but great things. We were talking about it early in the year, too, and a lot of people that have been there were like, `It’s one of my favorite cities.’ It’ll be cool.”

Programming note: ESPN added the June 9 game against the Cardinals to its Sunday night schedule, moving the 1:20 start to 6:05 p.m.