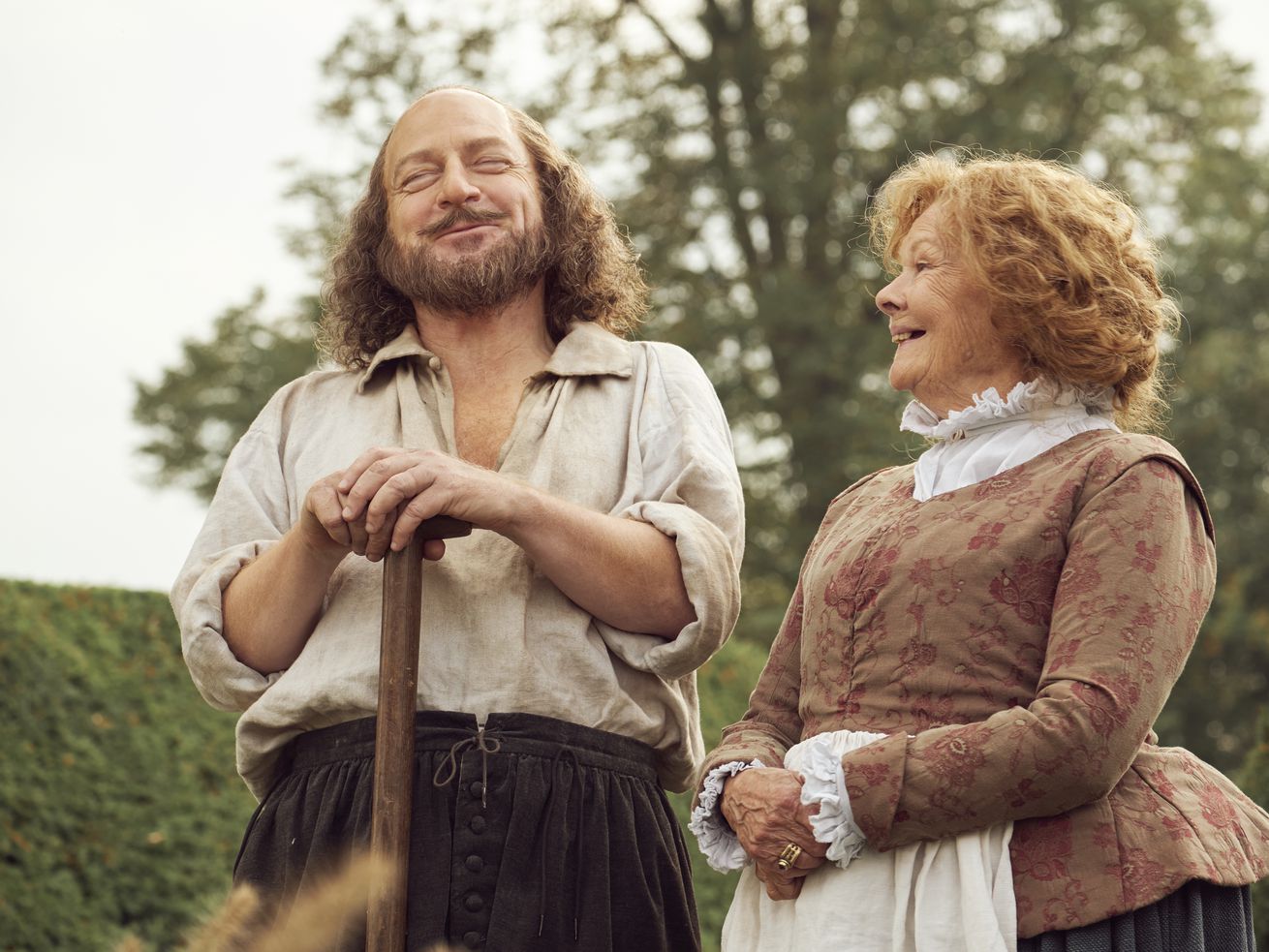 In a dramatization of the playwright’s final years, too much of the dialogue just rounds up his greatest hits.

It was inevitable that Kenneth Branagh would someday play the Bard.

”All Is True,” a dramatization of Shakespeare’s final years that takes considerable liberty with known history, should be the culmination of the decades of love Branagh has poured into keeping Shakespeare alive. But Branagh proves far more adept at adapting Shakespeare’s work for film than he is at telling the story of the man himself.

It’s not for want of drama. In “All Is True,” Shakespeare abandons London after the burning of the Globe Theatre for his hometown Stratford-upon-Avon and his family: patient wife Anne (Judi Dench), married daughter Susannah (Lydia Wilson) and spinster daughter Judith (Kathryn Wilder). He’s sworn off writing, is swarmed by personal scandal and, with no male heirs, is consumed by concerns for his legacy.

It’s also not for want of pedigree. Branagh gives an understated performance in a role that begs for showboating. Ian McKellen steals the movie in what amounts a cameo role that has more dramatic heft than the whole of the rest of the film. Dench is lovable as Shakespeare’s stalwart and illiterate wife, despite the distraction of the age discrepancy. (Branagh and Dench have 26 years between them. Dench is 84, while their spinster daughter is in her 20s. Even the most generous math cannot account for this arrangement. One should only get so worked up about a woman too old for a role being cast, as men have long enjoyed that privilege in Hollywood. When Judi Dench wants to be in your movie, you make it work.)

It is for want of writing up to the task of doing right by Shakespeare, of all people.

”All Is True” is cringingly self-referential; Shakespeare quotes his own work like an overeager English student who’s just discovered the sonnets. Worse is when other characters quote Shakespeare’s work back at him in ham-handed fashion during what should be emotionally climactic scenes.

Even when it avoids being a roundup of Shakespeare’s greatest hits, the screenplay spoon-feeds the audience every character motivation and gives voice to every internal torment. We know Shakespeare is in delayed mourning for the long-ago death of his young son, that Judith is bitter she was never as beloved as her dead twin, not because of soulful performances, suggestive camerawork or a rousing score, but because the characters repeatedly tell us point blank. They even exhaustively assure us of Shakespeare’s greatness, as if for one second we’d forget.

How do you make a legend as imposing as Shakespeare flesh? “All Is True” suggests you can’t, if not even Branagh, Dench, McKellen, et al. can bring him down to earth. Maybe it’s for the best that the real man is unknowable, that man is simply the work itself.