It was another disappointing season for the Bulls in 2018/19, but the franchise at least secured a few more potential building blocks, having drafted Wendell Carter, extended Zach LaVine, and acquired Otto Porter in a trade. Those last two moves will limit Chicago’s spending flexibility for the 2019 offseason, but the club wasn’t expected to be a major player in free agency anyway.

Here’s where things currently stand for the Bulls financially, as we continue our Offseason Salary Cap Digest series for 2019: 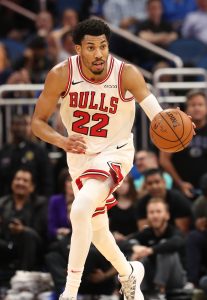 Note: Minimum-salary and rookie-scale cap holds are estimates based on salary cap projections and could increase or decrease depending on where the cap lands.

Salary information from Basketball Insiders and RealGM was used in the creation of this post. Photo courtesy of USA Today Sports Images.