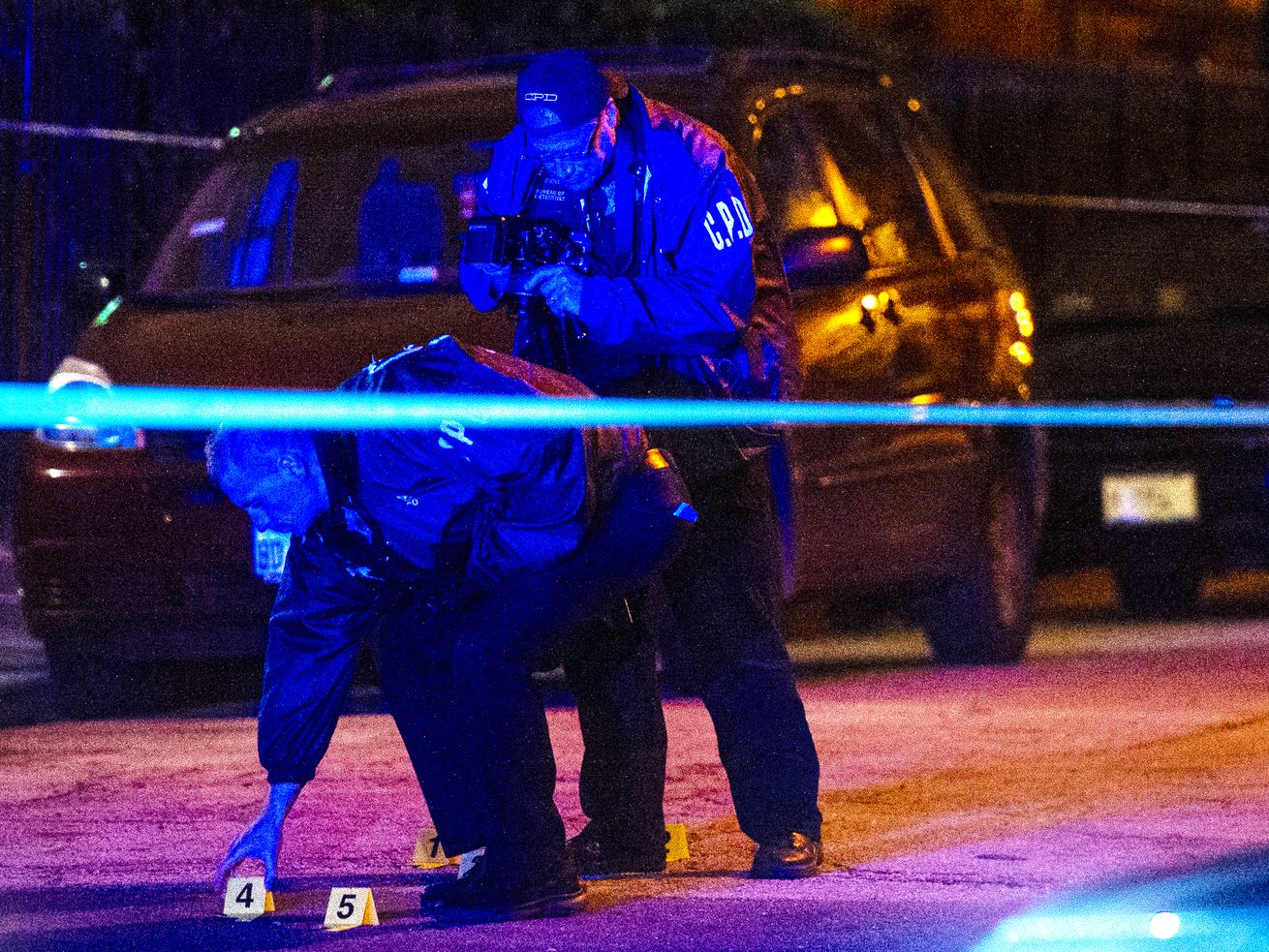 The 37-year-old woman was struck in her chest about 4:20 p.m., and died at the University of Chicago Medical Center, police said.

A woman was killed and a 7-year-old girl wounded Monday in gun violence across Chicago.

A total of seven people were wounded by gunfire — two of them fatally — in the 24 hour period, including the woman fatally shot as she stood in a parking lot.

Chicago police said the shooter was inside a white car and fired at two people in the 7800 block of South State Street in Chatham.

The 37-year-old woman was struck in her chest about 4:20 p.m. and died at the University of Chicago Medical Center, police said. A 36-year-old man was being treated for a gunshot wound to his hand. The Cook County medical examiner’s office has not released details about her death.

Area South detectives are conducting a homicide investigation. No arrests have been reported.

In another fatal shooting, a 19-year-old man from Joliet was gunned down in West Town as he was stepping into a vehicle.

Cortney Lamonte Foy was shot in the back about 1 a.m. in the 100 block of North Hermitage Avenue, police and the medical examiner’s office said. Foy was taken by friends to Rush University Medical Center, where he was pronounced dead.

In nonfatal shootings, a 7-year-old girl was wounded by gunfire inside of a home in Brighton Park on the Southwest Side.

About 2:35 a.m., the child was inside an apartment in the 4300 block of South Fairfield Avenue when bullets came flying through the front window, police said. She was hit in the foot and shin and taken to Stroger Hospital where her condition was stabilized.

Police said she wasn’t the intended target of the shooting.

Later in the day, a man was shot as he sat in a parked car in Roseland on the Far South Side.

The 38-year-old was in the first block of East 113th Street when a gunman emerged from a gangway and opened fire, police said. He was struck in the leg about 9:20 p.m. and taken to Roseland Community Hospital, police said. His condition has stabilized.

Earlier in the evening, a man was shot as he stood in a group in Englewood on the South Side.

He was standing among acquaintances in the 6400 block of South Carpenter Street when someone pulled out a weapon and fired shots, Chicago police said.

The 22-year-old was struck multiple times in the forearm, police said. Paramedics were called about 5:55 p.m. and took him to Stroger Hospital.

Minutes before that, a teenager was shot only blocks away in the same neighborhood.

The 18-year-old was standing on a corner in the 6400 block of South Wolcott Street at 5:27 p.m. when someone fired shots, police said. He was struck in the ankle and taken to Holy Cross Hospital, where his condition was stabilized.

Over the weekend, four people were killed and 11 more wounded in shootings across Chicago.